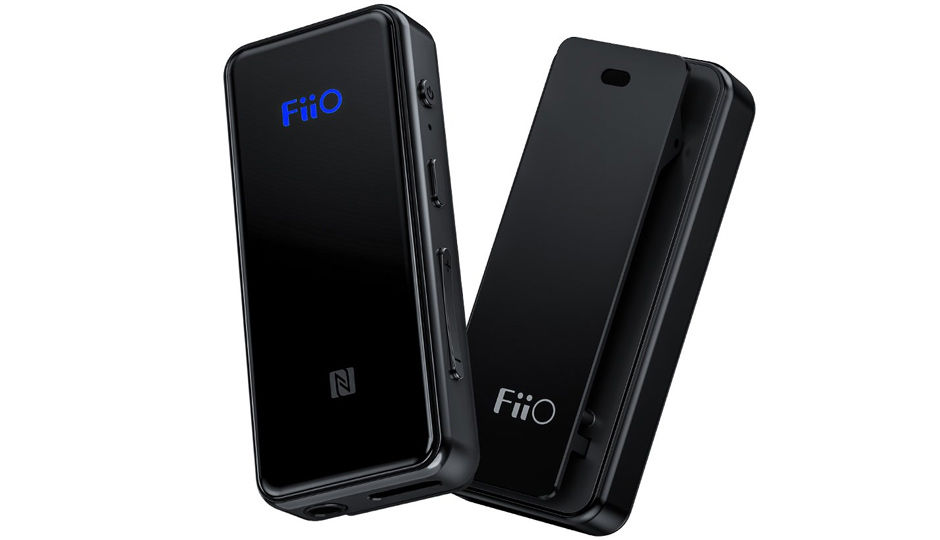 The last year was quite eventful for Chinese HiFi brand FiiO in India, with multiple launches spread across the year. Alongside dedicated players like the M3K and the M7, FiiO also launched its latest portable Bluetooth receiver - the BTR3 - in India in September 2018. Following shortly after the BTR1 dongle, the BTR3 sports better capabilities with support for a wide range of audio codecs. While Bluetooth dongles are nothing new, FiiO products maintain a certain quality-price ratio that makes any successor to their product lines something to look forward to. Does the BTR3 one-up its predecessors and competitors? Let’s find out.

On paper, the FiiO BTR3 is quite impressive. While the BTR1 launched with a Qualcomm CSRA64215, the BTR3 sports an upgraded CSR8675 BT chipset. The AK4376 DAC is the same as the BTR1. The DAC and the Amp on the BTR3 are integrated as before and have been tweaked to produce more power under a 32Ω load from 15mW to 25mW and dropped noise levels from 0.04％ (1 kHz) to 0.003%. The signal-to-noise ratio (SNR) is also slightly better at 120dB, and the output impedance has also been upped marginally from 0.2ohms to 0.3ohms, which shouldn’t affect most IEMs.

If you haven’t used Bluetooth dongles before, you might find the BTR3 surprisingly small and lightweight for the capabilities it offers. However, it is actually a bit larger than its predecessors. With dimensions of 58×25×10.4mm (excluding the back clip) and weighing 26g (inclusive of the battery) with an aluminium body with a glass panel on the front, the BTR3 doesn’t give anything to complain about in build quality but doesn’t stand out either. If anything, the materials have been selected to ensure better connectivity. 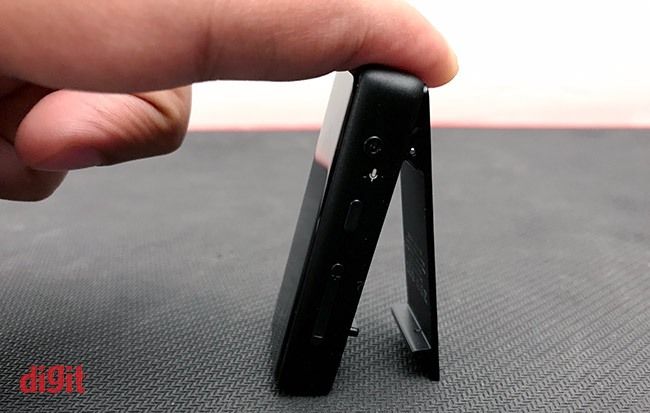 The black 2.5D glass panel on the front has an oleophobic coating to avoid fingerprints. On the front are the NFC and FiiO logos, both of which serve as more than mere visuals. While the NFC logo indicates where you need to tap for NFC connectivity, the FiiO logo has LED indicators that are used to convey a variety of information (more on that in the features section). The clip on the back features a smooth black finish and feels quite sturdy. There’s a lanyard hole to use with either the included lanyard cable or one of your choice, should you choose to hang it on your neck or elsewhere. On the bottom, you have the 3.5mm jack and the USB-C charging port, which is also a welcome decision.

FiiO has decided to stick to an all-physical button design on the BTR3, except for the touch NFC interface (quite obviously). By incorporating at least dual functions on all the onboard buttons, the button layout has been kept less cluttered and user-friendly. There are a power button, a multifunction button and a pair of volume rockers on the side alongside the mic. There’s something that needs to be said about the dual function on the volume buttons. Usually, the volume up button leads to the next track on a long press, and the volume down buttons does the opposite.

However, FiiO has reversed that on the BTR3. While this might confuse a lot of people initially, we found it to be a well thought out design move. Due to the way the clip is designed and where the lanyard cable is located, the volume down button will always be facing down, which makes it quite natural to long press it for the next track. However, this doesn’t mean that the design couldn’t be improved. FiiO should have just oriented the clip the other way round, which would also solve another problem - the 3.5mm port. In the current design, the 3.5mm port will also always face away from you if you’re using the clip or the lanyard. This makes the headphone wires bend awkwardly, making it more inconvenient to use this instead of just plugging it onto your phone. Maybe the next iteration can carry that change, but its definitely a miss on this one. 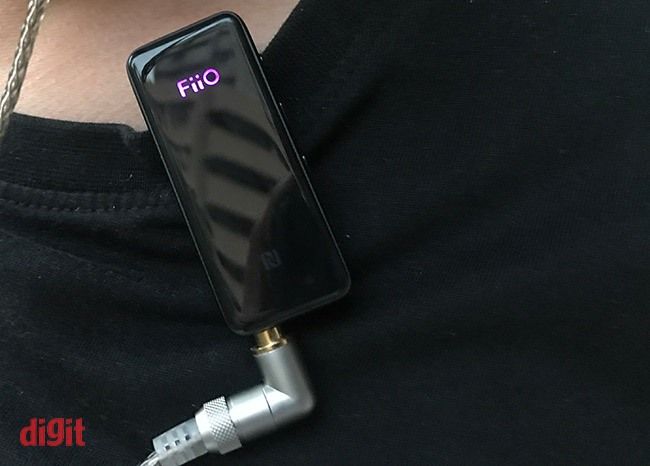 The multifunction button on the middle, quite aptly named, comes with three functions - playback, call management and Siri activation on iOS. The LED light behind the FiiO logo, as mentioned earlier, conveys significant information. Apart from the standard power status with and without charging, during playback the LED switches colours to indicate the codec being used. For instance, for AAC you get a flashing cyan light, for LDAC/DAC it’s white while for aptX HD you get yellow, along with indicators for LHDC, aptX/aptX low latency and SDC. Interestingly, the USB-C connection can be used for USB-DAC output from your PC in a wired configuration. 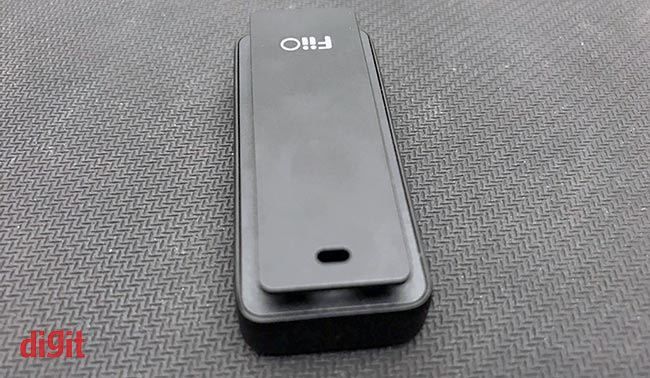 In terms of juice, the BTR3 sports a 300mAh battery over the BTR1’s 250mAh battery. Along with the USB-C charging support, this means more power available faster. While the stated battery life is of 11 hours, our usage with multiple hi-res codecs and moderate button usage got us close to 9 hours.

There are no major connectivity issues with the BTR3, except for a couple of instances of signal loss around corners and across walls. The BTR3 supports connectivity with two devices at the same time, where the second device can be connected by holding the multifunction button for five seconds while the first device is already paired. A handy feature is the volume memory, which ensures that you don’t have to set the volume for the device every time you use it. 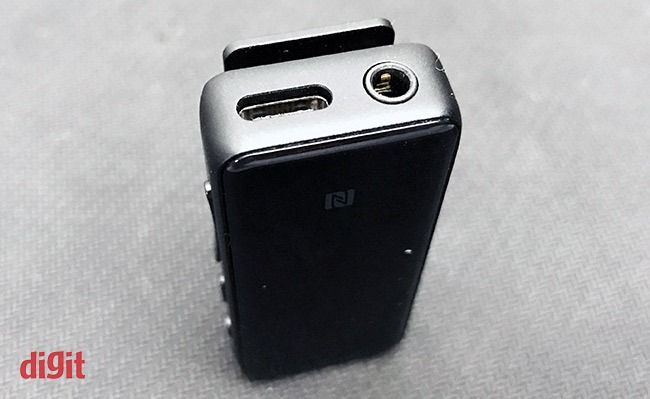 The overall sound signature of the BTR3 is warm and detailed. The elevated bass sounds meaty, with no signs of nimbleness. Despite that, notes are well pronounced and easily heard, with a near-perfect black background. The BTR3’s sound caters more towards vibrancy, with an energetic feel that isn’t fairly compared against higher end DAPs.

The bass is the star here, holding together the rest of the audio spectrum for the BTR3. The mids and the highs aren’t exactly bad, but you can feel their reliance on the solid base that the lows create. The midbass extension gives off warmth and sounds well rounded and finishes off smoothly. The same cannot be said for sub-bass, but hey, just how much can you expect from something that is intended to provide baby-steps for audiophiles to switch over to the wireless side of things? 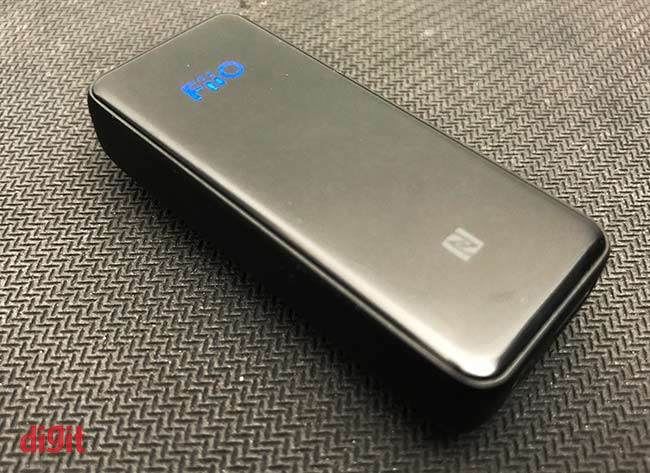 The mids sound clear and persuasive, with maximum detail being eked out. The texture and timbre of each note are heard clearly, yet they flow into each other quite smoothly without sounding harsh. Don’t expect a neutral sound here. There are a certain colour and sweetness to the mids that make them sound natural and lively, with a hint of warmness. The same can almost be said for the highs, but with a little less freedom in the sound. That doesn’t mean it sounds bad, but you can sense a certain degree of muting going on here, especially towards the highest registers.

Perhaps due to its anchoring to the bass, the overall sound of the BTR3 feels intimate, which may not cut the cake for a lot of listeners looking for a wider, more natural soundstage. At this price point, however, it is expected for a DAP to prioritise tonality over soundstaging.

Bluetooth audio is a touchy topic in the audiophile world. Most hardcore listeners are still tethered to their wired devices and the world of high-res audio has been doing it all it can to change that. With the entry-level pricing on the BTR3, as well as increasing support for high-res Bluetooth audio on smartphones, this might be the right time to make the switch for anyone interested in transitioning to a wire-free world of audio. It is hard to find fault in what the BTR3 does. There’s a ton of possibilities depending on what you plug it into, and regardless of your position on the wired vs wireless debate, this is one affordable Bluetooth DAC that you need to try out before judging it.