How Netflix downloads work and why should you care? 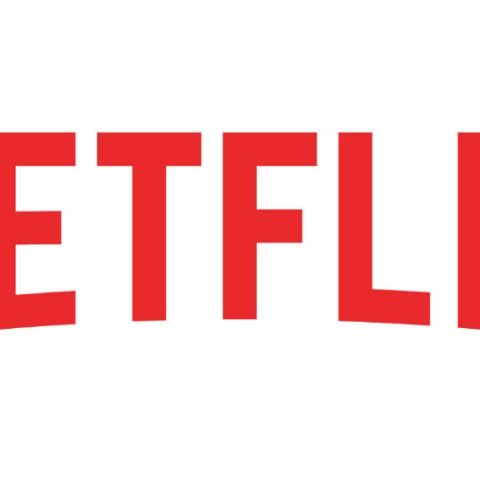 It took Netflix a while to get here, but better late than never. The video streaming platform has finally added the much awaited offline viewing feature by enabling mobile downloads. Yes, you can now Netflix offline by adding your favourite TV shows and movies to your apps download library. To do this you need to look for the download button (see image below) besides the content of your choice and just hit it to start the process. You can continue browsing or streaming videos on the app while your download continues in the background. Your Netflix app will obviously be consuming more data at this point, something the company plans to change in the future, but more on that later. For now, let’s try and understand how Netflix’s new encoding methods ensure you download high quality videos, while saving more space compared to traditional downloads. 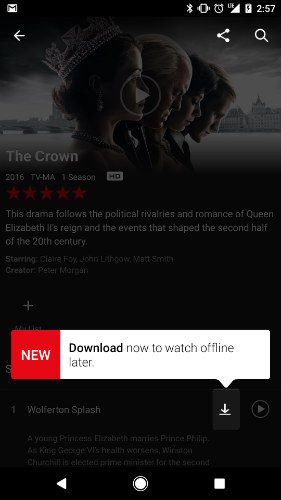 Traditionally, Netflix video streams are compressed using the H.264/AVC Main profile, a very popular video compression format which is commonly supported by various web browsers, mobile devices and televisions. H.264/AVC Main Profile was created to provide good video quality at lower bitrates. Here, bitrates refer to the amount of data that is stored for every second of media that is played. Usually, higher bitrates correspond to better video quality and common practice is to encode at lower bitrates progressively, until a noticeable quality loss in the video occurs. Bitrates can be increased to subsequently get excellent video quality, but that will result in large files and would require sufficiently more storage space.

So how has Netflix optimised downloads? The company says that they have adopted two new compression formats for their media library; H.264/AVC High profile and VP9 (profile 0). As VP9 is a royalty-free lossless compression format which was developed by Google, it is supported by all Android KitKat 4.4 and above mobile devices. The same is also supported by the Chrome browser, Firefox, Opera and Microsoft Edge (but not internet explorer). VP9 results in an average of 36% bitrate savings as per tests conducted by Netflix. On the other hand the VP9 compression format is not supported by iOS devices or the Safari browser.

For iOS devices, Netflix used another compression format called H.264/AVC High profile. This format dramatically reduces amount of data used (15% to 19% in bitrate savings). The company does so by using a method called pre-chunk encoding. What this essentially does is that it breaks up a movie into different parts for encoding. Sequences and scenes in a movie usually store varying amounts of information. So if there’s a graphically heavy action sequence in a movie, it will contain more information that a scene with shots of an ocean or a forest. Hence pre-chunk encoding results in optimised encoding for every 1 minute to 3 minute long chunk of content, resulting in lighter downloads for some of Netflix's content. So, if you were previously downloading 1 episode of a visually heavy TV series in a given amount of space on your mobile device, you could now download 2 episodes in the same space, without compromising on the quality of the video. It should be noted that it is not Netflix's intention to save space on mobile devices with these new compression formats. The company says that they use the saved bitrates to increase the quality of downloaded videos and that space saving is an added bonus in some cases. Currently, this technology is limited to mobile downloads from the Netflix app, but good news is that the company is planning to adopt the same for video streaming in the future, which would essentially cut the amount of data consumed for streaming.
Hugely popular for its vast, multilingual content library, Netflix has been witnessing a steady rate of adoption in India, almost a year since its launch in the country. With India’s mobile population mushrooming at lightning speed, the move to introduce offline viewing on mobile will only help Netflix increase its user base in the country. Also, in countries like India, where LTE and broadband speeds are not fast enough and data is not exactly cheap (except if you are a Jio user), this comes as good news. Not only can Netflix users in India have space optimisation for downloads on their mobile devices, they can also expect to spend less on data for streaming through the service in the near future.
P.S.

If you ask why all of Netflix’s titles are not available for download, the answer is that the company is in the process of implementing the new compression formats to the entire library of movies and TV shows on the platform and is also sorting through download licensing issues with studios that own the original titles. Some may also notice their downloads expiring, which is mostly because of Netflix’s deal with studios in a particular region or country. Expired downloads don’t necessarily mean users have to download the item again, they can follow a simple procedure to renew their download for a specific number of times.