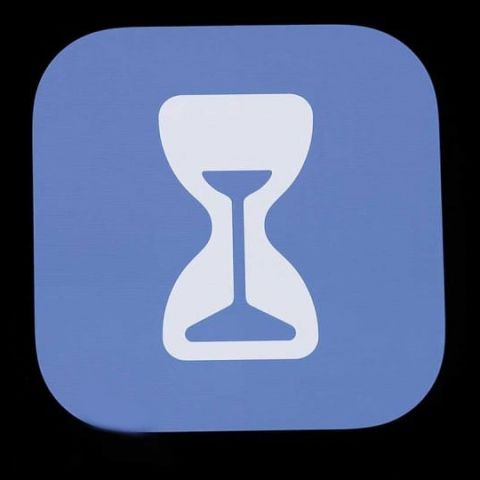 The first thing I realised after turning on Apple’s Screen Time feature on my iPhone 8 Plus was that I am not someone who likes looking at data and graphs on my phone to understand my device usage. Screen Time reminded me of the hundreds of fitness apps that throw large amounts of data at me, of which only a tiny amount makes a difference in my life. After using the new digital well-being feature for a day, I thought I am not Apple’s ideal customer when it comes to Screen Time, because I am not addicted to my phone and do not spend too much time on it. I was wrong.

Screen Time is designed to help iOS users understand how much time they spend on apps and websites, how many calls they take, how productive they are and how much they use their devices (iPhones and iPads) in general. In my case, I only activated Screen Time to monitor my iPhone usage. If you are wondering how to setup Screen Time on your device, know that you will need to be on the iOS 12 public beta to gain access to the feature. Or, you can wait for Apple to rollout iOS 12’s final build later this year, since installing a beta version on your primary device is not advisable.

Nevertheless, after activating Screen Time on my iPhone for about a week, I realised I am spending way too much time chatting on WhatsApp and taking calls. Now, Screen Time categorises WhatsApp under Social Media usage. But for a journalist like me, a lot of my work-related communication and task distribution happens on the messaging platform. So for me, it was easy for Screen Time to determine that I spend most of my time on social networking rather than productivity, whereas my productivity happens mostly on social media services, so I wasn't very alarmed. Same is the case for those who use Instagram, Facebook and Twitter for productivity and work. Sadly, there is no way to re-categorise apps on Screen Time, but the setting does give you an option to “Always Allow” apps of your choosing, doing which will make them available during your “Downtime” hours. 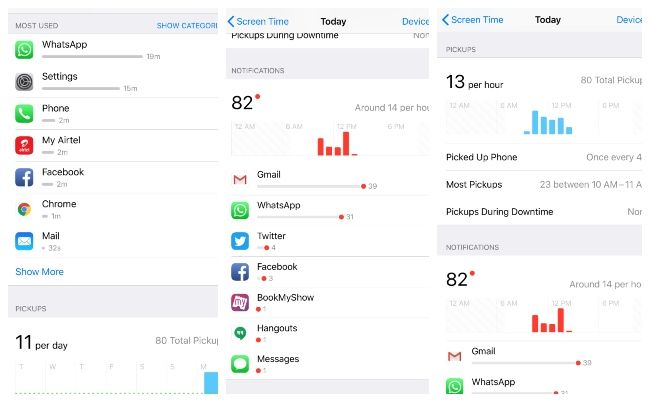 Talking about Downtime, it is a setting which allows users to set a schedule for time away from the screen. During the specified Downtime, users will be able to set a daily start and end time limit for when they don’t want to be disturbed by notifications (except for phone calls). While the feature works perfectly for what it is supposed to do, I initially found myself frustrated trying to unlock apps and having to delivery those extra taps to open them. As seen in the image below, app icons are greyed out and timer symbol is displayed next to them during Downtime, tapping which presents users with two options - ‘Remind me in 15 Minutes’ and ‘Ignore Limit for Today’. This can be annoying when you really have to check an important message or email during Downtime hours. I found myself always choosing the ‘Ignore Limit for Today’ option to continue using my apps at my discretion. At least for the first two days of Screen Time activated on my phone. 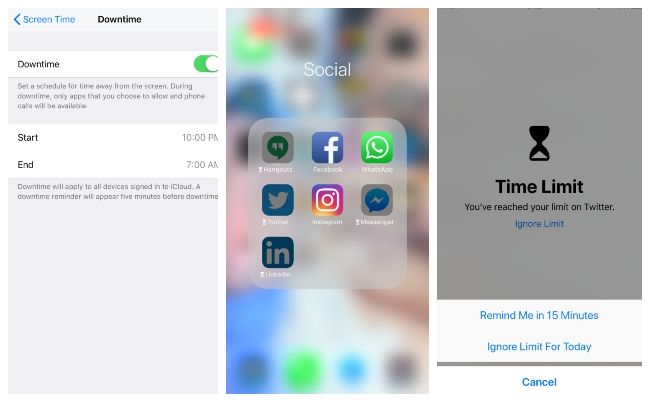 On the third day, I found myself naturally leaving my phone aside during my set Downtime hours and ever since, my recorded ‘screen time during downtime’ also reduced from an average of 30 minutes to 0 minutes, giving me the much needed break from digital life I didn’t even know I wanted. Yes, I did have to suffer the ire of my friends and family, and in some cases, even my colleagues, who tried to communicate with me after 10PM in the night, but zero disturbance (with the exception of phone calls) is the intention of Screen Time and is does manage to achieve it through the Downtime setting. You just have to commit to the idea.

A qualm I had while using Screen Time was that I could not set multiple downtimes for the day. If I had the luxury of afternoon siestas, I would probably schedule an afternoon downtime as well, but Apple does not give users that option. Manually changing the downtime in the middle of the week results in readings getting botched up. I tried changing the downtime in the same day from 2PM - 4PM to 10PM - 8AM. This resulted in greyed out icons even after the downtime was altered and I had to restart my phone for it to get back to normal and recognise the changed downtime. This could also be because the feature is currently in beta testing and its final version will only rollout with the final build of iOS 12. However, maybe Apple can look into giving users an option to set multiple Downtimes in a day.

A useful feature of Screen Time's Downtime setting is for parents who would want to impose app restrictions on their children. Parents can set a time limit for apps such as YouTube, Netflix, Facebook and others. The permitted time limit for these restricted apps can only be changed from Screen Time settings, which can be locked with a four-digit pin to prevent kids from altering set permissions. Screen Time can also help set content limitations to restrict the download of explicit content from the iTunes, App Store or even the web. One can set content restrictions for films, TV programmes, books, apps, music, podcasts, web search and more by altering Screen Time settings. 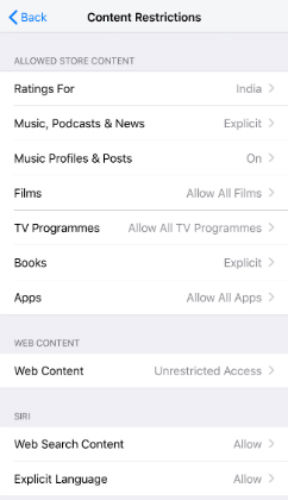 In conclusion, I would like to say that yes, Screen Time did help me switch off from my digital world, at least during my pre-decided downtime. I also like the fact that the app notifies me 5 minutes before my phone’s downtime begins as well as when my set Screen Time for a particular app is about to end. This gives me a chance to quickly wade through my notifications before I finally put my phone to bed. In my opinion, restricting app usage AKA downtime is the most vital component of Screen Time for an individual. Tracking usage in the form of numeric and graphical data did not do much for me, but could prove to be an important tool for parents monitoring their kids’ device activity.

Instagram’s video selfie feature launches to prevent spam
WhatsApp partners with 1Bridge to bring digital payments across 500 villages in Karnataka and Maharashtra
Here’s how you can enable Dark Mode on Google Maps on iOS
Netflix may have to introduce games on iOS via the Apple App store
Apple launches Safari 15.1 for macOS Big Sur and Catalina
Advertisements