With an influx of top powerful laptops in the market, however, it might be a little difficult to choose the right one. But we decided to make a new list of the best premium laptops so you don't have to go around the internet trying to figure out the best one to get.

If you’re looking for the best Ultrabook that’s available in India. You’ve come to the right place. An Ultrabook laptop is thin, light, and rather powerful. If you’re in the market for a laptop that is powerful, reliable, and has great battery life, then choosing an Ultrabook is the right option. We’ve curated the best Ultrabooks that you can choose from in the list below.

Although the prices of the products mentioned in the list given below have been updated as of 11th Aug 2022, the list itself may have changed since it was last published due to the launch of new products in the market since then. 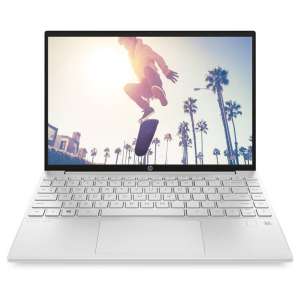 HP Aero 13 is probably one of the best ultrabooks in India due to its design, capabilities and overall value for money. Right off the bat, the HP Aero 13 succeeds on the most factor which constitutes an Ultrabook, i.e. portability. The laptop weighs around 970g and comes packaged in an ultra portable form factor. The ultrabook’s small size does not compromise on its capabilities as it delivers blistering performance thanks to an AMD Ryzen 5 5000 series processor featuring six cores and 12 threads. The laptop also comes with 16GB DDR4 RAM and 512GB SSD making the ultrabook plenty capable of delivering high performance in a multitude of productivity and entertainment applications.

The Acer Swift X is a thin and light laptop which is also high on performance. Packed within an ultrabook form factor is an AMD Ryzen 5000 series APU featuring 6-cores and 12-threads. The laptop is also capable of running modern titles such as GTA V, Assassin’s Creed, Call of Duty and more thanks to a dedicated Nvidia RTX 3050 GPU with 4GB GDDR6 VRAM. The laptop also comes with 16GB LPDDR4X RAM which is high on efficiency and performance. The Acer Swift X also comes with 512GB SSD to enable superfast storage and access speeds. With an overall weight of 1.39kg the Acer Swift X is relatively a bit heavier than some other top laptops on this list but it justifies the same with superb performance in gaming, productivity and battery life.

The new MacBook Air powered by Apple's latest M1 processor is among the best MacBooks you can buy right now. These new machines in the MacBook lineup are an improvement over the previous models in every way as they bring a myriad of new enhancements. The new MacBook Air flexes its muscles hard by bringing in some significant performance and battery life improvements.

With the MacBook Air M1, you are also getting Apple's new macOS and all its great features. You get seamless integration with other Apple devices which is something that Apple is known for. All those great features and the powerful internals are packed inside a chassis that's very portable and comfortable to carry around. The MacBook Air M1 starts at Rs 92,900 in India.

The Dell XPS laptops are considered the MacBook of Windows world by many enthusiasts. It's a serious workhorse and is often considered as one of the best ultrabooks. The new Dell XPS 13 is powered by Intel's 11th gen Core i5 processor which comes with the Intel Xe graphics onboard. Dell has managed to fulfill all the mandates for it to have the Intel EVO branding as well, which easily makes it one of the best ultrabooks in the market for reliable performance.

The Dell XPS series is considered second to none when it comes to the design and build quality, so you know you are buying one of the best-looking laptops on the market. It also supports touchscreen input and it has a keyboard onboard. The Dell XPS 13 will cost you Rs 1,49,990 in India, but you will not be disappointed with its performance and the day-to-day user experience.

You can't miss the HP Spectre x360 laptop while talking about Ultrabooks. More specifically, the HP Spectre x360 14, which is HP's newest laptop in the series is packed with features that you would expect from a modern ultrabook. It is one of the best-looking laptops we have tested and its 2-in-1 form-factor makes it a unique option in this list of best ultrabooks to buy.

The 3:2 aspect ratio of its display makes it easier to view a lot of content, bringing more information on web pages and more. It's also very comfortable to use it in the tablet mode. You also get a decent port selection that includes a microSD card slot as well. Overall, it's a great ultrabook that we think is worth splurging on. You can check out a review of the Spectre x360 13 right here.

The new Lenovo Yoga Slim 7i Carbon is yet another interesting option in this list of best ultrabooks. It is one of the most beautiful laptops in this list which comes with anti-fingerprint finish ensures it stays pristine. Despite its slim profile, the laptop is certified to have passed through nine military-grade tests as well.

In terms of the specs, the Lenovo Yoga Slim 7i Carbon brings Intel's 11th gen processors along with Intel's Xe graphics. You also get the EVO branding on this machine, which means it's a very reliable thin and light machine with impressive performance for day-to-day usage. The laptop is also very portable, making it a perfect option for using on-the-go.

ASUS has a lot of great options for people who are in the market for an Ultrabook. We recommend getting the ZenBook Duo laptop mainly because it brings a unique secondary display to the mix. It's the only laptop in the list to have a secondary display, and after using it, we can confirm that it is very useful. Having more screen real-estate is always a great thing and it helps you have more information at your disposal.

The ZenBook Duo is also a very powerful laptop. ASUS hasn't updated these laptops with the new 11th Gen Intel Core processors, but they are impressive nonetheless. You can choose between the Core i5-10210U or the Core i7-10510U processors and Intel UDH, Nvidia GeForce MX250 graphics. You are also getting a laptop with an impressive build quality and design. If you can stretch your budget then you can also check out the ZenBook Pro Duo, a variant of the same laptop that's more powerful and has a 4K display.

The Dell XPS 15 is also a great option to consider while looking for an ultrabook. But unlike the XPS 13, Dell hasn't updated this particular variant with the new 11th gen Intel processors. That being said, the performance of the Core i7-10750H is still impressive and you also get the discrete Nvidia GeForce GTX 1650 Ti GPU with 4GB GDDR6 memory.

The design and build quality remains top-notch as it is the case with most XPS machines. It's slightly heavier coming in at 1.83kgs though. Yes, there are other thin and light notebooks in the list but the Dell XPS 15 justifies it by delivering solid performance for day-to-day usage and more.

Microsoft's Surface Laptop 3 is also something that should definitely be on your list of best ultrabooks. Microsoft has actually done a pretty good job with the Surface Laptop 3. It is powered by Intel's 10th gen Core i5 and i7 processor along with Intel Iris Plus graphics. It has a 15-inch PixelSense display with 3:2 aspect ratio and 2496 x 1664 resolution. It's also a touch enabled display and you will be able to use the Surface Pen for touch inputs.

The laptop only weighs 1.24kgs, which means it is super portable and should be easy to carry around. The best thing about this laptop is its design and build quality. Microsoft's Surface Laptops look a class apart and you'll easily be able to identify one. If you want something smaller in size though, we suggest you take a look at the Microsoft Surface Go, however, it won't be nearly as powerful as the Surface Laptop 3.

The ASUS ZenBook OLED 13 is also a phenomenal option when it comes to ultrabooks. The USP of this laptop is a beautiful OLED display. ASUS says the display is PANTONE colour calibrated and it has a cinema-grade 100% DCI-P3 colour gamut. It also has very minimal bezels around the display, making it very immersive. It’s also powered by the Ryzen 7 5700U processor and AMD Radeon Vega graphics. It’s also very portable and comes with some great features like a touch NumberPad, Harmon-Kardon tuned speakers, and more.