Noise-cancelling headphones were already significantly appealing due to their ability to encompass users into a cocoon of silence during work, commute, or recording sessions. However, with the COVID-19-induced ‘Work From Home’ norm, their appeal has significantly increased since working people, as well as students, can find it hard to concentrate due to the distractions at home. Over-ear headphones have long offered this lucrative feature, and now, even in-ears are offering competent noise cancelling as well. However, the crowded audio market can be hard to navigate, which is why we bring you the best Noise Cancelling headphones available in India in 2021. 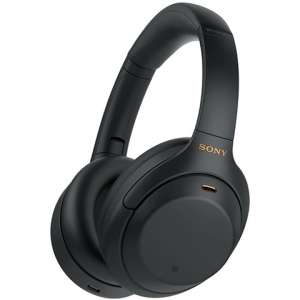 The successors to the acclaimed Sony WH-1000XM3, the Sony Mark 4s come with improved noise cancellation and sound quality, making them one of the most remarkable pair of noise cancelling headphones on the market. Even though the newer model features the very same 40mm drivers and the QN1 processor that were present in the WH-1000XM3, with some tweaks to the algorithm the sonic signature has been changed from the consumer-friendly bass bias in the Mark 3 to a sound signature that is much closer to neutral in the new Mark 4.The ANC performance of the Sony WH-1000XM4 has also improved considerably in comparison to its already-stellar predecessor, and is able to envelop you in an immersive auditory bubble.

Although the Apple AirPods Max are exorbitantly priced at Rs 59,900, the headphones in most ways do justify the lofty price tag. You do, however, need to own an iPhone or iPad to get the most out of these headphones. The headphones have exquisite sound quality and commendable noise cancelling performance. The cans do a great job of blocking out ambient sounds, especially at the lower end of the frequency spectrum. The build is sturdy, premium and looks very aesthetically pleasing as well.

The Shure AONIC 50 is capable of solid low-end noise cancellation and does enough to compete with the top two in this category. These cans also support a wide array of codecs including SBC, AAC, LDAC, aptX, aptX HD and aptX Low Latency, in comparison to the Sonys that only support the first three. Nevertheless, the sound quality on both headphones is excellent, with the Shure AONIC 50 sporting a sound profile that is slightly closer to neutral in comparison to the Sony WH-1000XM4. While this sound profile is excellent for critical listening, it may come off as a bit too restrained and controlled if you’re a casual music listener.

Although the Bose NC 700 comes up a bit short when it comes to ANC performance and sound quality in comparison to the Sony WH-1000XM4, they’re still a solid pair of noise-cancelling headphones with microphone. Featuring a whopping eight microphones, six of which deliver Bose’s signature noise cancelling, the NC 700 also allows granular control over the noise cancellation levels by letting users toggle between 11 adjustable ANC levels. Albeit the ANC does alter the sound quality significantly in the lows, it still doesn’t sound unpleasant. Additionally, the Bose NC 700 also comes with a sleek and modern design, making other over-ears look rather dated.

Featuring striking metallic headphone arms, the Sennheiser Momentum 3 Wireless aren’t headphones that you’d miss in a crowd. Additionally, they’re also a feature-laden pair of headphones including ones such as ANC, adjustable EQ, HD codecs support, Bluetooth v5.0, 17-hour-long battery life and more. The sound profile is definitely bass-forward but most frequencies are well represented. Coming to the ANC performance, the Sennheiser Momentum 3 Wireless does well at drowning out constant sounds, such as chatter and AC hums. It also comes with an ‘Anti-Pressure’ mode which diminishes the overwhelming pressure some users feel when wearing a pair of noise-cancelling headphones.

There’s not much to criticise with the Sony WF-1000XM3 since you get solid sound quality, exceptional ANC for in-ears, long battery life and a host of premium features. In fact, these earphones have the best ANC performance in the wireless in-ear headphones category. The only features we sorely missed were wireless charging for the case, an IP rating and aptX support. The earphones are also comfortable for most ears and can be worn for long periods without overbearing fatigue. Additionally, Sony has priced these pretty competitively in the premium true wireless segment, undercutting the AirPods Pro and Sennheiser True Momentum Wireless 2 that offer similar features.

Apple’s AirPods Pro in-ear true wireless headphones have a lot going for them. They come equipped with ANC, Transparency Mode, silicone ear tips, an IP rating, a customisable EQ, and a whopping 24 hours of total battery life. It’s quite the feature set for a compact pair of in-ears. The touch controls, situated on the short stem of these earphones, can be used to easily activate ANC by simply long-pressing them. They do quite well suppressing external sounds and provide a decent battery life of 4.5 hours on the buds themselves with ANC turned on. They also offer sweat and water resistance.

The Bose QuietComfort Earbuds extends the company’s solid noise cancelling legacy from their on-ear and over-headphones to in-ear headphones. The earbuds have impressive ANC and detailed sound quality, as one would expect from this company. The bass is a bit on the higher side, still the mids and the highs have plenty of detail and there’s very little masking in the other frequencies due to the bass. The build quality is solid as well and users get a total of 18 hours of battery life from both the buds and the charging case.

The relatively newly-launched Jabra Elite 85t finally comes with Active Noise Cancellation. The Jabra Elite 75t did get ANC via an OTA software update, but this is Jabra’s first true wireless earbuds to have ANC out of the box. For their first try, the Jabra Elite 85t impressed us greatly with solid ANC that works well to diminish ambient sounds in several situations. The sound quality is also improved over the predecessor, with tamer bass response that still has quite a bit of punch, without hampering the details in the other frequencies.

The successor to the highly-acclaimed Sennheiser Momentum True Wireless comes packing ANC and a lot more features. The Momentum True Wireless 2 does a stellar job at drowning out consistent sounds and chatter in the background such as the hum of the AC and even some voices. It does slightly better at masking low frequencies in comparison to high frequency external sounds. Additionally, these earphones also come with improved battery life, rated at a total of 28 hours, with 7 hours on the buds themselves. The sound quality and build is also sublime, so you don’t mind paying a premium for the premium experience you surely will get, these earphones may be the ones for you.