Looking for the best 55-inch TV money can buy? Don't worry, you've come to the right place. When looking for the best 55-inch TV, know that it will offer a great 55-inch panel, fantastic picture quality and smart capabilities. This list is for those where money is no bar and wants the best experience and feature-rich product that money can buy. This list is based on some of the TVs we have reviewed and others we think deserve to be on the list based on their features and specifications. Some of these TVs are OLED TVs whereas others are high-end LED-backlit TVs. Since we haven’t reviewed some of the TVs, this list is in no particular order. Also, note that all these TVs are smart TVs bringing with them an easy to use UI and access to popular streaming services. Some of these TVs also offer HDMI 2.1 capabilities. So if you have a new 30 series GPU or a PS5 or Xbox Series X, then you can make the most of the gaming hardware on some of these TVs. 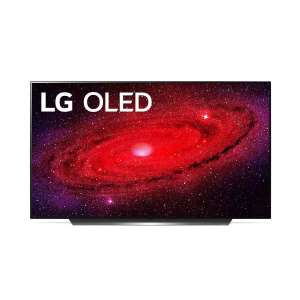 LG’s 2020 offering sees improvements in picture quality and features when compared to its 2019 brethren. The LG CX is a 4K TV and supports all HDR formats under the sun including Dolby Vision. All the HDMI ports are HDMI 2.1 enabled future-proofing them for features like variable refresh rate, auto low latency when gaming and 4K at 120Hz. This means that when you get a PS5 or Xbox Series X, the TV will be able to exploit the features of the console from day 1. The TV still retains all the AI abilities found on the 2019 model. The 2020 LG CX OLED TV also supports Airplay 2 so you can stream content from your iPhone to the TV. It comes with a magic remote that you can use as a mouse on the TV making navigation a breeze. The remote control is voice-enabled and it supports both Amazon Alexa and the Google Assistant. The TV retains the design found on last year's C9. It also has a home dashboard to control your IoT enabled devices. The TV is powered by LG’s Alpha 9 Gen 3 processor. You can also control your IoT enabled gadgets from the comfort of this TV.

If you are looking for a TV to provide a cinematic viewing experience, then you can check out the Sony A8H. The TV is a 4K OLED TV from Sony and is the 2020 flagship offering from the Japanese technology giant. The TV supports all HDR platforms under the sun including HDR 10, HLG, and Dolby Vision along with support for Dolby Atmos. It runs on Android TV and brings with it access to the PlayStore along with other Google services like Chromecast and an Assistant enabled remote control. The settings of the TV are also easy to navigate and control. The TV does not come with HDMI 2.1 support but it does have support for eARC and the TV gets the job done quite well for gaming if visual fidelity and colour reproduction is your priority. The TV also comes with Sony Acoustic Surface technology where the entire display vibrates to create sound giving you a more immersive experience.

The Sony A9G launched in 2019 is one of the best TV’s money can buy. It is an OLED panel giving you deep blacks and rich colours. The TV is 4K and supports all HDR formats under the sun including Dolby Vision. The TV has a Netflix calibrated mode giving you the Netflix experience that content creators wanted to give consumers. The TV is also feature rich. It has the second generation Sony Acoustic Surface technology which makes the entire display a speaker. The TV has three actuators and two subwoofers to give you an immersive experience. The TV can also work as a centre channel in your home theatre setup eliminating the need for you to invest in a centre channel. The TV runs on Android TV out of the box with support for all streaming services and apps from the Google Play store. When left in standby mode you can switch on and off the TV from the comfort of your voice.

LG’s other 2020 OLED offering in 55-inches is the BX. It brings with it all the bells and whistles of the flagship CX but at a slightly lower price. The lower price is because the BX uses a generation older alpha 7 Gen 3 processor from LG and the panel's peak brightness is slightly lower than the CX. However, one would be hard-pressed to tell the difference in picture quality between the 2 TVs. The BX also brings with it 4 HDMI 2.1 enabled ports making the TV future proof with features like variable refresh rate, low latency when gaming and 4K at 120Hz. It also comes with the magic remote with support for both, the Google Assistant and Amazon Alexa. The TV is wafer-thin. The tabletop stand is also different between the CX and the BX but when mounted on a wall, the 2 look identical. The BX has the same tabletop stand as the B9.

The Sony A8G has the same feature set as the A9G mentioned above with the only difference being the design and the processor powering the TV. The A8G is powered by the X1 Extreme chipset that powered the A1 and the A8F OLED TVs. It also has a slightly different design. The A8G brings with it fantastic picture quality, runs on Android TV out of the box and brings with it the Google Assistant along with a voice-enabled remote control.

The Samsung Q95T is Samsung’s flagship 4K QLED TV. It has a near bezel-less design for an immersive viewing experience. The TV also boasts of wide viewing angles and has AI upscaling to upscale non 4K content to 4K. The TV also actively adapts to the viewing environment by automatically adjusting the brightness. The TV supports HDR 10 and HDR 10+ but does not support Dolby Vision. The TV runs on Samsung’s Tizen UI and brings with it support for all popular streaming services. The TV supports Alexa and Bixby built-in.

The Sony X95G launched in 2019 is the best LED TV money can buy. It has a VA panel with LED backlighting and gives the deepest blacks we’ve seen on a TV that isn’t an OLED TV. The TV is 4K and supports all HDR formats including Dolby Vision. The TV has a Netflix calibrated mode giving you the Netflix experience that content creators wanted to give consumers. The TV is also feature rich. The TV runs on Android TV out of the box with support for all streaming services and apps from the Google Play store. The TV has two wide feet when kept on a tabletop and also has a convenient cable management system at the back. The TV comes with a voice-enabled remote control and also supports the Google Assistant. The TV also supports Apple AirPlay.

LG’s flagship TVs maybe its OLED lineup but if you don't want to get onto the OLED bandwagon just yet, then you can check out their NanoCell lineup of TVs. The UI and smart features are the same as the OLED lineup with the magic remote, Google Assistant and Amazon Alexa support and all 4 HDMI 2.1 ports. The TV is powered by the Alpha 7 Gen 3 processor and boasts of a 4K resolution with support for HDR and Dolby Vision. It also supports Apple AirPlay. The TV also boasts of wide viewing angles.

Sony is marketing the X90H as ready for PlayStation 5 TV and that’s because the TV supports HDMI 2.1 features. The TV has Full Array Local Dimming and Comes with a Netflix Calibrated mode. The TV runs on the Android TV platform bringing with it access to the Google Play Store and popular streaming services. The TV supports the Google Assistant and can be controlled via your Alexa enabled speaker as well. It is powered by Sony’s X1 4K HDR processor. The TV has good overall picture performance as well.