HDMI 2.1 is a relatively new standard in the world of TV technology. It is the next advancement in the HDMI port on your TV. While the HDMI port looks the same, it brings an interesting set of features and improvements. For example, HDMI 2.1 brings 4K resolution at 120Hz, VRR Variable Refresh Rate, ALLM (Auto Low Latency Mode) and eARC ( Enhanced Audio Return Channel). There are TVs like the Mi QLED TV and the Redmi TV that support HDMI 2.1 but do not support 4K at 120Hz. 4K 120Hz is important for those using a gaming console or even the new 30 series GPU from NVIDIA as all these devices support HDMI 2.1. This list comprises the 4K 120Hz TV in India. Since some of these are LED TVs, you can consider this to be the list of 4K 120Hz LED TVs as well. 4K 120hz TV start at 48-inches. There is no 4K 120Hz 32-inch TV available in India. If you are looking for a 4K TV with a 120Hz refresh rate, then this is the list for you. So let’s take a look at the 4K 120Hz TV list. 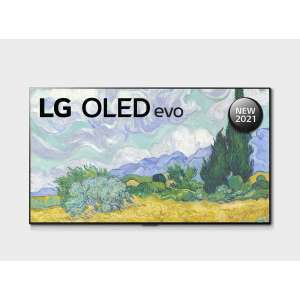 LG’s new 2021 OLEDs are finally available in India. The LG G1 is a successor to the LG GX we saw in 2020. It has LG’s EVO panel that addresses the low brightness on OLED TVs. The TV packs some stellar picture performance. Under the hood, the TV is powered by Alpha 9 Gen 4 AI Processor 4K. It supports all HDR formats including HDR 10, HLG and Dolby Vision. It also supports Dolby Atmos. The TV also supports Dolby Vision IQ which changes the settings of the TV based on the lighting in the room. Till now we have seen settings like Dolby Vision bright and Dolby Vision dark on TVs and it will be interesting to see how Dolby Vision IQ changes the game. All four HDMI ports on the TV support HDMI 2.1 and bring features like ALLM, VRR and 4K at 120Hz. The TV also supports G-Sync and Freesync. The TV also has a very slim design making it look like a picture frame on the wall. The TV is available in 55,65 and 77-inch screen sizes.

The A80J OLED TV is Sony’s 2021 flagship TV. While Sony has the A90J available internationally, we sadly will not see that TV come to India. But the A80J is no slouch if you are looking for an OLED TV to make content pop. The TV is powered by Sony’s XR Cognitive processor and put simply, it processes pictures the same way our eyes perceive content. The XR processor is a step up from the X1 Ultimate that we saw in past Sony OLED models. The TV runs on the new Google TV UI which is a visual update from what Android TV offers. The TV comes with four HDMI ports of which only HDMI 3 and 4 support HDMI 2.1 with support for VRR, ALLM and 4K at 120Hz. The TV supports all HDR formats like HDR 10, Dolby Vision and also Dolby Atmos.

Under the hood, the specifications of the LG C1 and G1 are the same. The biggest difference between the 2 is the OLED panel. While the G1 has the Evo OLED panel, we get the traditional OLED panel on the C1, which by the way, is no slouch if LG’s CX and C9 are any indication. The C1 also has the Alpha 9 Gen 4 AI Processor 4K processor and supports HDR 10, Dolby Vision IQ and also Dolby Atmos. The design of the TV is the same as the LG C9. The TV comes with all four HDMI 2.1 ports with support for ALLM, VRR and 4K at 120Hz. The TV also supports NVIDIA G-Sync and Freesync. The TV comes with LGs redesigned WebOS UI and also the new remote control. The LG C1 is available in 48, 55 and 65-inch screen sizes.

The Sony X90J is Sony’s 2021 offering in the full-array LED-backlit LCD TV. Just like the X90H from 2020, only 2 of the 4 HDMI ports support HDMI 2.1. The TV has Sony Bravia XR cognitive picture processor and supports all popular HDR formats including Dolby Vision, HDR 10 and HLG. It also supports Dolby Atmos. The TV also has Sony’s XR Triluminos Pro display to enhance the colour reproduction of the TV. The TV has 20W of sound output. Since the TV has local dimming, you can expect very good picture performance from the TV. The TV runs on Android 10 out of the box but brings with it the new Google TV UI. The new Google TV UI supports all popular streaming services like Netflix, Prime Video and more. It also comes with Chromecast and Google Assistant built-in. The TV has one of the best out of the box calibrations we’ve seen and can get very bright making it a great option for HDR content consumption in a bright room.

The Samsung QN90A is a Neo QLED TV. It has only 1 HDMI 2.1 port of the 4 HDMI ports. The TV is available in screen sizes ranging from 50-inches up to 85-inches catering to a wide audience. The QN90A has a minimal design and has almost no bezels on any side of the TV. With a quantum dot layer and mini LED backlighting, you can expect some great picture performance from this TV. The TV supports HDR 10 and 10 Plus but does not support Dolby Vision. The TV also boasts of an anti-reflection display for content consumption during the day or in a well-lit room. It also adjusts the sound output from the TV based on the content being played. If you have a Samsung soundbar, you can connect it wirelessly to this TV. The TV runs on Samsung’s Tizen UI and brings support for all popular streaming services.

The Sony X85J bridges the gap between the Sony X80J and X90J. The TV does not have local dimming like the X90J but has a very bright panel, brighter than the X80J. This makes it a good TV for content consumption, especially in HDR. The X85J is a 4K TV with support for Dolby Vision and Dolby Atmos. It also has two HDMI 2.1 ports bringing features like 4K at 120Hz and RGB HDR for those looking to connect a PS5 to this TV. It also has Sony’s Triluminos Pro display that can produce very punchy colours.

Sony’s first ready for PS5 TV launched back in 2020 and it's still a great option for those looking for a gaming TV. It has 4 HDMI ports 2 of which support HDMI 2.1. The TV is 4K and supports all popular HDR formats including Dolby Vision, HDR 10 and HLG along with support for Dolby Atmos. It also supports 120Hz. The TV has Sony’s X1 processor and has a Triluminos display which can produce some incredible colours. The TV can also get quite bright. The TV runs on Android TV making it great for content consumption from popular OTT platforms in addition to gaming. With the Google Play Store, you can download popular streaming apps to the TV directly. It also supports Apple AirPlay and Chromecast as well.

TCL’s latest offering, the Mini LED TV, C825 has finally launched in India. While we are yet to review this TV, it brings an interesting set of specifications and features. It supports HDMI 2.1 for your gaming needs including 4K at 120Hz. Thanks to the Mini LED backlighting, the TV has many dimming zones and can also get pretty bright for HDR content. This is one TV we are really looking forward to reviewing. The TV also supports Dolby Vision IQ and comes with an Onkyo 2.1 system built-in for sound. The TV also supports a webcam for video conferencing.

If you want your TV to double up as a piece of art, then look no further than Samsung’s 2021 frame. When not used as a TV, the Frame can act as a picture frame on your wall instead of a black mirror. The TV comes with a number of customizable bezels to give the feeling of hanging a picture instead of a TV on the wall. It has QLED backlighting and a 4K resolution. Under the hood, the TV has Samsung’s Quantum Processor 4K. To enhance the colours of the TV, it has warm tone LED’s for backlighting as well. The TV supports Google Assistant, Alexa and Bixby. The TV has 4 HDMI ports and 2 USB ports for your connectivity needs.