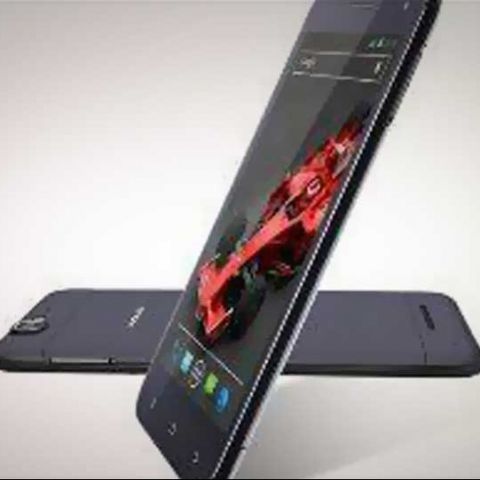 The overall build of the Xolo Q1000S is above average even though I managed to break the power button and it impressed with its benchmark performance and real world usage. Majority of the smartphones in this category have a removable battery and expandable storage along with dual SIM capabilities. If these qualities are a priority for you, then you are better off looking at competing devices such as the Canvas 4, Wammy Passion Z Plus and more. You can consider this device if you want a well-built single SIM smartphone and donï¿½t mind being limited to 16GB built-in storage.

Xolo has impressed us with its diverse device portfolio that has included the likes of the Xolo Q700, Xolo Play, and the Q1000 to name a few. Now, the smartphone maker has launched the Q1000S that runs on the MediaTek MT6589T chipset, boasts of a unibody design and has taken the route of no expandable storage. Is this device worth a glance?

At a glance
A slim and attractive black matte finish with what feels like a metal body is the first thing that will wow you when you look at the smartphone. Coming to the specifications of the device, it has a 5-inch display with a 1280x720 pixel resolution. Under the hood it has the MediaTek MT6589T chipset clocked at 1.5GHz coupled with 1GB of RAM. The rear houses a 13MP camera and the front has a 5MP video-calling camera. A 2500mAh battery powers the package.

Here is a quick look at how the smartphone performs when compared to the competition (including the Canvas 4, WickedLeak Wammy Passion Z Plus, Lemon A4 and the iberry Auxus Nuclea N1).

Design
Like I said earlier, you will be wowed by the design of the smartphone. It has a black matte finish with a unibody design and has the potential of being Batman’s phone. The device is very slim measuring a mere 6.9mm in thickness and is light at 158 grams. Despite being light, the smartphone feels extremely sturdy.

Below the display you have the standard capacitive buttons – menu, home and back. The rear houses the 13MP camera along with a flash. Since the Q1000S has a unibody design, you don’t have access to the battery and just like the Nexus 4, iPhone 5 or the Huawei Ascend P6, you have a SIM tray that pops out with the use of a pin. Smartphones such as the Ascend P6 have a microSD card tray along with the SIM card tray.

This is where the awesome design of the smartphone ends. In other smartphones that I have tested, a single pop is all it takes to remove the SIM card tray. Here I had to struggle to get the SIM tray out. I even managed to bend the SIM tray pin in the process.

The left of the Q1000S houses the volume rocker along with the power button. This seems a bit strange as we are used to seeing the power button on the right and getting used to it being on the left sort of feels like driving an American car in India.

Another manner in which I managed to “break” the phone is with the power button. It just slipped into its socket forcing me to use my nails for the rest of the review process to unlock the Q1000S. Quite frustrating, especially when I wanted to take screen shots. Thankfully, the volume rocker stayed intact.

Although the phone left a good impression in the beginning with respect to build quality, the issues with the power button and the SIM tray spoiled it all.

UI and preloaded apps
The Xolo Q1000S runs on Android 4.2.1 Jelly Bean. The smartphone also has the ability to update OTA (Over The Air), a feature we miss in most budget smartphones but found on the WickedLeak Wammy Passion Z Plus. The rest of the user interface is stock Android, one that we love. Navigating the device feels smooth. I had quite a few apps running in the background including games such as Dead Trigger and the interface of the smartphone was still butter smooth.

The Q1000S come preloaded with a few apps, such as Xolo Secure and Xolo Power, that we have seen on other Xolo devices. As the name suggests, Xolo Secure is a security app that helps you keep your data safe. The Xolo Power app on the other hand gives you information about the battery consumption and gives you access to a bunch of settings such as Sync frequency, Night mode (which switches off the Internet when the display is off), Low battery Mode which disables power guzzling features such as Wi-Fi, data, GPS and more after the battery percentage drops below your preset level.

Overall, the UI is stock Android, which I liked, and the preloaded apps add good value to the smartphone.

Performance
Coming to the performance of the Xolo Q1000S, here is a quick look to see how it performs when compared to other smartphones in its price range.

From the above benchmarks it is clear that the Q1000S is a good performer when it comes to the hardware it is running on. We have seen devices such as the Lemon A4 that runs on the old MT6589 chipset and has a 1080p display along with 1GB of RAM. With its hardware, the Lemon required more power to render on a Full HD display, hence the lower scores. On the other hand we have the WickedLeak Wammy Passion Z Plus that shows off not only a 1080p display but the MT6589T chipset as well. The Wammy Passion Z Plus was plagued with lag when multitasking and in the benchmarks, as you can see, it scores less than the Q1000S.

Moving on, the display of the Q1000S smartphone isn’t as vibrant as the Lemon A4 or the Wammy Passion Z Plus but it is great for consuming content nonetheless. The display has wide viewing angles and the reproduction of colours is crisp. Reading text, watching movies, playing games or just navigating the device is fun since the display is gorgeous. The 5-inch display has a 1280x720 pixel resolution giving it 293ppi pixel density.

There is no lag at all while navigating the smartphone or using it for multitasking. The experience of interacting with the display feels really good. The keyboard is stock Android and is well laid out and the device is comfortable to type on.

When it came to testing video files, we found that AVI and MP4 files ran smoothly on the Xolo Q1000S but in the case of MKV, the video played but the audio didn’t. Navigating the timeline of the videos, changing orientation, everything was smooth on the native player without any hiccups.

The camera on the rear of the Xolo Q1000S is 13MP and we were skeptical of its performance. In well-lit conditions, especially outdoors, the camera performed well. In low-lit situations too the camera performance was acceptable, better than what we have seen on competing smartphones, but not by a great margin. In low-lit situations, when you blow the image to its full size, you will notice loss of detail. It gets the job done however, if all you want to do is click pictures for social networking websites.

Gaming on the Xolo Q1000S is plagued by the same problems that we saw on the other MediaTek MT6589 powered smartphones. Real Racing 3 still refused to run but other games we played on the smartphone, such as Angry Birds, Temple Run and Dead Trigger, seemed to run just fine.

In terms of its battery life, the Xolo Q1000S is average. In our continuous video playback test, the device lasted for five hours. With average use you will be able to get through one day of use.

Bottom Line
The overall build of the Xolo Q1000S is above average even though I managed to break the power button and it impressed with its benchmark performance and real world usage. Majority of the smartphones in this category have a removable battery and expandable storage along with dual SIM capabilities. If these qualities are a priority for you, then you are better off looking at competing devices such as the Canvas 4, Wammy Passion Z Plus and more. You can consider this device if you want a well-built single SIM smartphone and don’t mind being limited to 16GB built-in storage.