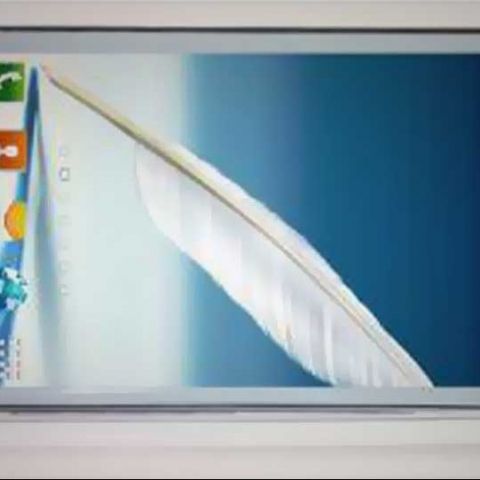 Wickedleak Wammy Titan comes at an economical pricing of Rs. 12,600 which is good enough for such a device. It has some good aspects such as a good display, decent battery life, stock Android OS but we found that it is also marred by issues such as poor camera colour rendering, poor touch response around the edges, battery life indicator issues and so on, which are critical parameters to consider when getting a phone. Looking at the overall performance, it is very difficult for us to recommend the Wammy Titan. The Micromax Canvas HD makes for a much better buy even though its pricing is a bit on the higher side.

We are seeing a boat load of budget phablets entering the market and it is becoming an increasingly crowded space. Wickedleak, the Indian company has been quite active in this space as well apart from the more renowned players and we have seen a lot of their tablets and smartphones in the past. This time around we got its Jelly Bean sporting 5.5-inch phablet - the Wickedleak Wammy Titan. So let us find out if this will outperform the other phablets that we have tested so far including Micromax Canvas A110, iBall Andi 5c, Zync Cloud Z5, Intex Aqua 5.0 and so on.

We have mentioned it in the past and we will mention it again - Wickedleak Wammy Titan does look like a spitting image of the Samsung Galaxy Note II and Wickedleak does not even try to keep it subtle - bundling the same dandelion flower live wallpaper app as well - natively! The 5.5-inch screen is surrounded by white-coloured bezel. The glass design is edge to edge with only the grille of the speaker section at the top and the home button below interrupting the all-glass design. The edges have a chrome finish and at 9.9mm is decently thin on the edges. The central home button is surrounded by soft keys for back and options. The volume rocker is on the left edge with the power/standby button on the right side. The top edge has the 3.5-mm audio jack and the microUSB charging port is located on the lower edge. On the rear side you have an 8MP camera with a flash unit.

The Titan feels quite good in the palms and although the rear flap is made of glossy plastic, the Android embossing on it tends to give the phone a decent amount of grip. Opening the rear flap requires nails and is quite a frustrating experience for people like the reviewer whose nails barely come out of their finger tips. The rear flap is quite poorly build and has a tendency to bend even on mild pressure. Wickedleak also bundles in a rear flap which is connected on its edge to a front cover which covers up your screen. The opening on the cover has a slit on the top so you can shut the front cover and still talk on the phone. The font cover fits quite well and the rear flap does not come off easily even after dangling the phone by holding just the front cover.

The Wammy Titan houses a 1 GHz dual-core Mediatek MTK 6577 processor with a PowerVR SGX 531 graphics processor, it supports 1GB of RAM and comes with 4GB storage of which 2 GB is available to the user. The phablet runs on stock Android 4.1.1 or Jelly Bean and although the icons look a lot like the ones on Samsung phones, it does not have a skin overlaying the Jelly Bean OS.

The 5.5-inch screen has a QHD resolution ie. 960x540 pixels and the screen has an IPS panel with support for upto 5 point. It also houses a stylus with a capacitive tip if you want to use some paint or sketching-related apps.

It features an 8 MP rear camera with a flash unit beside it and a 2 MP front facing camera. In terms of native apps, there weren’t many noteworthy ones. But you have access to the Google Play Store to download any app you want. It supports a dual-SIM configuration. Apart from this it comes with the regular bunch of sensors such as proximity sensor, light sensor, accelerometer and so on. The Titan also comes with a massive 2800mAh battery.

Call quality is very good and we only faced issues inside elevators where most networks die out. The audio on the speaker is quite clear and loud. We did not face issues of call drops while using the phone.

The display is decent but quite glossy. We did not notice any backlight bleeding around the edge, something that was very prominent on the iBall Andi 5c. Watching movies was a good experience so long as you are in a dark environment.

The camera on the device gave very poor images. Initially we thought it was some white balance setting gone wrong, but on setting everything to default and keeping white balance on Auto White Balance (AWB) we still noticed that the colours were not true to source. If you are using the camera on the Titan, you will need to do a colour correction in the post processing as the colours appear very different from the source. As you can see in the example below, the colours appear vastly different from the source.Pink coloured DGT logo is appearing red and the blue Digit cover is looking purple on the Wammy Titan. All images were shot on Auto White Balance and similar ISO setting. No SCN mode was activated.

Also the image quality isn’t the best with very patchy output. But for sharing on cellphones, the quality is decent enough. Of course be aware that its colours are off, so you will be better off shooting in monochrome or sepia mode.

The synthetic benchmark results are as shown below. Smartbench 2012 gave an overall score of 2155 on the productivity index which is decent amongst its competitors. It faces competition from the Micromax Canvas 2 A110, Magicon mNote and Intex Aqua 5.

Audio output is not very loud and we did not like the bundled earphones much. Video shooting is not the greatest of qualities but is good enough for sharing on cellphones. Shooting indoors and low light conditions will give a very poor quality video and images.

The touch response is quite good in the central region of the phone, but around the edges it is a hit and miss affair. We literally pulled our hair out when using Twitter’s native app. After you are done composing your tweet, we noticed that we had to tap on the Tweet button over four-five times to actually register a click. Even when you come across a horizontal list, if you click on the 2nd row, you will end up activating the 1st or 3rd row and so on. It dosen’t happen all the time, but it happens enough time to make you be extremely precise before proceeding. We haven’t faced this sort of issue with other phones in the recent past.

Multi-tasking is decent and we had no issues running games such as Angry birds Space, Temple Run 2 and so on. Watching videos was fun as well and it played most formats. Only heavy 1080p clips will throw up some issues. Most of our test full HD clips with heavy bit rate framed badly and although the audio output was decent, the video just tended to skip frames randomly. Also the phone tends to heat up a lot on gaming for over 30 mins.

Battery life lasted for a good 10-12 hours on regular usage and drops rapidly if you play video or game for hours. But for a device this size a 10-12 hour battery life is decent enough. We noticed a peculiar issue of the battery icon notification. Sometimes despite connecting the phone to its charger for hours, it would still show up only a 15 per cent charge but on restarting, it would revert to the actual charge contained in the battery. We found this rather peculiar and the issue kept cropping up time and again despite shutting down the phone and restarting it.

Wickedleak Wammy Titan comes at an economical pricing of Rs. 12,600 which is good enough for such a device. It has some good aspects such as a good display, decent battery life, stock Android OS but we found that it is also marred by issues such as poor camera colour rendering, poor touch response around the edges, battery life indicator issues and so on, which are critical parameters to consider when getting a phone. Looking at the overall performance, it is very difficult for us to recommend the Wammy Titan. The Micromax A116 Canvas HD makes for a much better buy even though its pricing is a bit on the higher side.