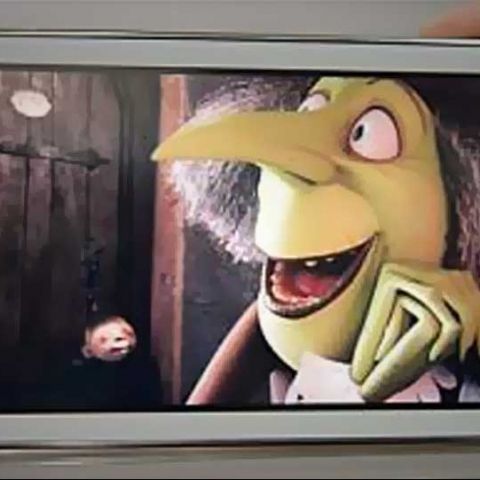 For Rs. 16,000, the WickedLeak Wammy Sensation is quite impressive in its performance. The battery life is good, display is large and comfortable to use but the audio output is quite poor. There are budget smartphones out there with better raw performance but they don't offer users a second battery straight out of the box. For people used to using budget devices, the fact that it looks like an S III clone is an added bonus. On the downside, the device is plagued with the occasional hang found on all budget devices. We suggest you take a look at the Karbonn A21 as well as the Micromax Canvas 2 A110 along with this device before making your purchase decision.

The budget smartphone category has seen the launch of a large number of devices in the past few months. This has left the consumer confused rather than spoilt for choice. Companies have tried a lot to lot to distinguish their devices from the crowd by adding features like better power under the hood, better camera and more. But how about mimicking a high-end smartphone to fool the naïve consumer?

Today, we have with us the WickedLeak Wammy Sensation, a budget Android smartphone that boasts of some good specifications under the hood and looks surprisingly similar to the Samsung Galaxy S III. Is this the budget dream, or are you better off aspiring for the original?

Build and Design
As we have mentioned earlier, the WickedLeak Wammy Sensation looks uncannily like the Samsung Galaxy S III. What makes it worse (or better, depending on how you look at it) is the fact that the wallpaper on the device is the same that is found on the S III.

That being said, the look of the device isn’t bad at all. The front has the large display, above it rests the earpiece, and to the right of the earpiece rests the front-facing camera just like the S III. Below the display rests the one physical home button and the capacitive menu and back buttons. From a distance anyone would mistake this device to be the S III. 'The rear of the device is a slightly different story. We have a white plastic rear panel that can get easily scratched and house a lot of fingerprints. It also has a 12MP camera with questionable image quality. The volume rocker rests to the right and the microUSB port is to the left.

Features and Specifications
To start with the specifications, the WickedLeak Wammy Sensation has a 4.7-inch IPS display with a resolution of 1280x720 pixels. It is powered by a 1.2GHz dual-core CPU, 1GB of RAM and runs on Android 4.0.4 ICS straight out of the box. The best part is that the OS is a vanilla experience with the Samsung wallpaper – ideal for those that don’t want a TouchWiz experience. There is no skin overlaying it. The device has 4GB built-in storage that can be expanded up to 32GB via a microSD card.

As mentioned earlier, the rear of the Wammy Sensation has a 12MP camera with an LED flash and the front has a video-calling camera. The specifications under the hood are quite impressive when compared to other budget smartphones around the Rs. 16,000 price range.

The specifications of the WickedLeak Wammy Sensation are above average when compared to the competition and the features are stock Android which is very much appreciated. The question remains whether the performance lives up to the specifications.

Performance
For a Rs. 16,000 phone, the WickedLeak Wammy Sensation performs quite well. The power under the hood ensures that the device feels extremely smooth while multitasking and everyday use. We were quite impressed with the way the device handled multitasking.

Since the device has a 1280x720 HD IPS display, we expected its performance to be quite good. To start with videos looked really good and the viewing angles were better than other devices in its class. Even while playing games and running apps, the device performs quite well. The display is crisp to browse the web and read text.

The same however cannot be said about the audio output from the WickedLeak Wammy Sensation. The earpiece is good for calls but the speaker is bad. It has really low volumes especially for calls and multimedia content.

In terms of the raw performance, below is the benchmark comparison of the WickedLeak Wammy Sensation with the Micromax Canvas 2 A110.

From the above benchmark scores it is clear that the A110 is a better performer except in the browser benchmark. So, if raw performance is your priority, there are other budget dual core smartphones out there for you.

Since the Wammy Sensation has a 4.7-inch display, it is a little big, but very comfortable for both one-handed as well as two-handed use. Typing on the display is good but the touch response could have been better. There are times when the space bar refused to respond.

Browsing the Internet and reading text on the Wammy Sensation was also a pleasant experience, courtesy the IPS display. In terms of battery life of the device, it will last you for about one and a half day of above average use. That includes making some calls, social networking and a bit of YouTube. Add to that the second battery in the box and you can double the battery life. That is a very good thing.

The Wammy Sensation also boasts of dual-SIM capabilities eliminating the use of a second phone. Last but not least, the device boasts of a 12MP camera at the back. Don’t be fooled by the megapixel count, as the performance isn’t the best. Sure, the camera app boasts of quite a few features such as HDR mode, panorama mode and more but there is nothing exceptional about it. The daylight shots are average and the night shots are downright bad. This cannot replace your point and shoot.

Bottom Line
For Rs. 16,000, the Wammy Sensation is quite impressive in its performance. The battery life is good, display is large and comfortable to use, but the audio output is quite poor. There are budget smartphones out there with better raw performance but they don’t offer users a second battery straight out of the box. For people used to using budget devices, the fact that it looks like an S III clone is an added bonus. On the downside, the device is plagued with the occasional hang found on all budget devices. We suggest you take a look at the Karbonn A21 as well as the Micromax Canvas A110 along with this device before making your purchase decision.