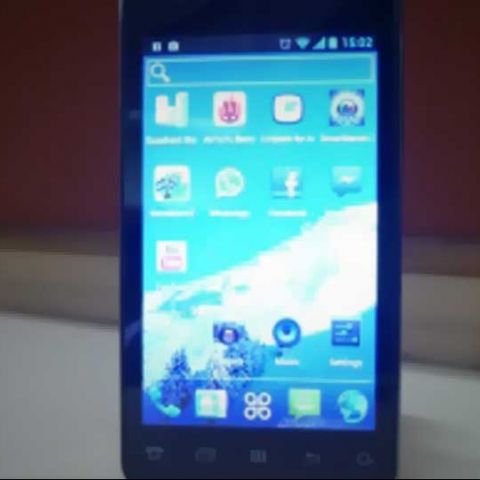 For Rs. 12,700, the only thing that the Mercury MagiQ brings to the table is a slightly different form factor and good on-board speakers. If you are looking for raw performance, you can take a look at the Spice Stellar Horizon. It has better performance and comes with a bunch of nifty preloaded apps. If a run of the mill dual-SIM 5-inch Android smartphone is what you are looking for, then you can consider this device.

With the number of phablets hitting store shelves in the past few months, we have seen a slew of homogenous products offering the specifications of a smartphone and the form factor of a phablet. These devices possess decent power under the hood and are capable of running all the apps from the app store.

Today we have with us one more addition to the phablet brigade – the Mercury MagiQ. Is this one worth looking out for?

When most of the budget phablets like the Zync Cloud Z5, iBall Andi5c, MagiconmNote and WickedLeak Note are mimicking the Samsung Galaxy Note; the Mercury MagiQ tries to keep a distinct design for itself. It has the same candy bar form factor found on the other devices along with the front facing camera, but the capacitive buttons at the bottom of the display is where the device distinguishes itself from the crowd.

At the bottom of the Mercury MagiQ you have five capacitive buttons – call, menu, home, back and search. The call button is a nice addition and one we haven’t seen on other phablets. The rest of the buttons are standard.

One flaw with this design of the Mercury MagiQis that the capacitive buttons don’t light up when the display is on. The only come on when you touch them. So in the dark, if you don’t know which button is where, you may just end up pressing the wrong button.

The rear of the Mercury MagiQ has a textured finish, which adds to the grip, which is nice. It is also really easy to rip out the back under which rests the dual-SIM slots, memory card slot and the battery. The right houses the volume rocker whereas the top has the headphones jack along with the power button. The bottom of the device has the microUSB port.

Overall, the build of the Mercury MagiQ is quite similar when compared to the rest of the phablets available in the market but Mercury does try to add its own unique mark with the capacitive buttons and that is something we appreciate. 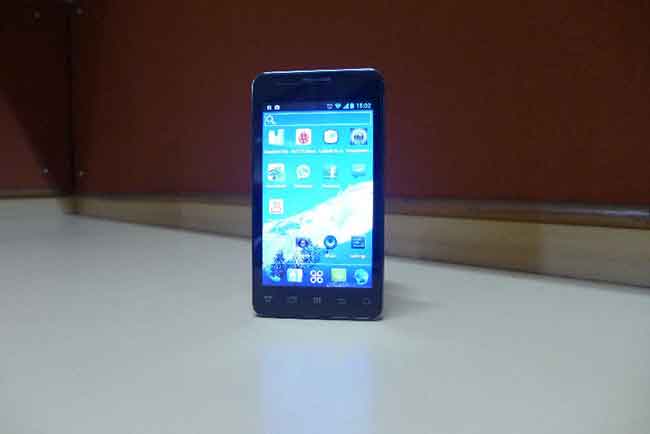 To start with the specifications, the Mercury MagiQ has a 5-inch TFT capacitive touchscreen display with a resolution of 480 x 800 pixels. It is powered by a 1GHz dual-core CPU, 512MB of RAM and runs on Android 4.0 ICS straight out of the box. For the most part the skin is minimalistic only reflecting on the home screen and those of you that don’t like it can download third party launchers from the app store. There’s nothing wrong with it, it’s just that the icons of the launcher are not appealing with their animation. The phablet has 4GB internal storage that can be expanded up to 32GB via a microSD card.

The rear of the MagiQ has a 12MP camera with an LED flash and the front has a 0.3MP camera for video calling.

The specifications under the hood are quite average when compared to other budget smartphones. With a 5-inch display and a resolution of 480x800, the pixel density of the device is a mere 186ppi. The device doesn’t come preloaded with any apps and that isn’t necessarily a bad thing as it ensures minimal preloaded bloatware and you can download all the apps you need from the Google Play store.

For a Rs. 12,700 phablet, the MagiQ’s price competitors are the Spice Stellar Horizon and the WickedLeakWammy Note. The disappointing feature of the device is that it doesn’t perform better that the other two in terms o the benchmarks. Take a look at the scores below.

Video playback on the Mercury MagiQ is standard what we expect from phablets in this price range. The viewing angles are at par with the Spice Stellar Horizon and the images though acceptable lack sharpness. The audio from the device however is loud and clear, something we really do appreciate. This loud audio from the speaker not only works well for the multimedia but for calls made via the loudspeaker as well.

The Mercury MagiQ is very comfortable to type on as well. The keyboard is standard Android, something we have come to love from these devices, and especially the ones with a good touch response. Browsing the Internet is quite a good experience and zooming into text and the scaling of websites is smooth too.

A 2200mAh battery powers the Mercury MagiQ, which is a beast. It isn’t the highest potency, which the Zync Cloud Z5 has at 2500mAh but it isn’t the lowest amongst the budget phablets that is 2000mAh. For average use of making calls, social networking, WhatsApp and some YouTube, the Mercury MagiQ lasted us for a little over a day and that is nice. After a day’s use, I was at 40% battery capacity.
In terms of the call quality of the Mercury MagiQ, there was a little distortion at some times, but that could be a network problem as well. At certain places where we normally face call drops, the MagiQmanaged not to drop them, and that is a good thing.

Bottom Line
For Rs. 12,700, the only thing that the Mercury MagiQ brings to the table is a slightly different form factor and good on-board speakers. If you are looking for raw performance, you can take a look at the Spice Stellar Horizon. It has better performance and comes with a bunch of nifty preloaded apps. If a run of the mill dual-SIM 5-inch Android smartphone is what you are looking for, then you can consider this device.