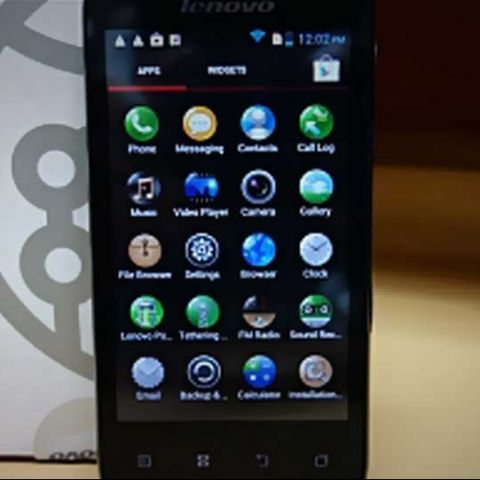 The Lenovo IdeaPhone S560 has a good display, fantastic audio and is overall a good phone. What go against it are the lacklustre skin and the average camera. A music buff may consider this phone just for the Dolby Sound. Around the Rs. 15,000 price point, there are a lot of devices available. If you are ready to take the risk, we say give this device a shot. It's a good budget Android phone. But if you want to stick to the tried and tested, you may want to consider the Sony Xperia Go, Sony Xperia Sola, or the Samsung Galaxy S Duos for the same price.

The budget of Rs. 15,000 is the sweet-spot to get a smartphone that not only boasts of impressive specifications under the hood, but a great build as well.

In this price point we have seen some great devices such as the Sony Xperia Go, Sony Xperia Sola, Nokia Lumia 710, Lava Xolo X900 and more. All the above-mentioned devices give users a great smartphone experience. The lag in these devices is a lot less when compared to their budget brethren and they feel really good in your hands.

Today, we have with us the Lenovo IdeaPhone S560. Under the hood, this device has a dual-core processor, 512MB RAM and runs on Android 4.0 ICS. In the past, Lenovo has surprised us with the IdeaPhone K860, which is a quad-core premium phablets, and we really liked it. We call it a great underdog phablets and you can read our review of the device here.

Does the Lenovo IdeaPhone S560 have the power to impress us just like the K860 did or are you better off sticking to the tried and tested?

Build and Design
The front of the IdeaPhone S560 is standard, just like any other ICS-and-above Android smartphone. We have the 4-inch IPS display with four capacitive touch buttons below it representing menu, home, back and multitasking. Some devices such as the Samsung Galaxy S III, Intex Aqua 5, Karbonn A21 and a plethora of other budget devices use long pressing the home button to access the multitasking option. It’s nice to see that the Lenovo IdeaPhone S560 has this as a dedicated button. The front of the device also has the front facing camera. No physical buttons.

The sides and rear of the IdeaPhone S560 are a different story all together. The device has a navy blue/black colour, which looks very attractive at first. The rear panel has a plastic finish, which may seem like glass initially, but it isn’t. It is a glossy piece of plastic and will start getting scratched the minute you start using the phone and this is a very bad thing. In five days of using the device it will look really badly scratched and older than it was. The rear also houses the 5MP camera without a flash. The rear also has a Dolby Digital Plus logo. The device has Dolby enhancements for the audio, which can be controlled from the settings menu.

The top of the IdeaPhone S560 houses the on/off switch, microUSB port and the headphones jack. The right of the phone has the volume rocker and a music button. Yes, don’t be fooled into thinking that that is a dedicated camera button as it isn’t. It will start the music on your phone.

In its overall build, the IdeaPhone S560 is very sturdy – of course, not exactly comparable to the rugged Xperia Go, but we think it can sustain a few drops. The only downside to the device is the plastic panel on the back, which can get scratched very easily.

Features and Specifications
To start with the specifications, the Lenovo IdeaPhone S560 has a 4-inch IPS LCD display with a resolution of 480x800 pixels giving it a pixel density of 233ppi. It is powered by a 1GHz dual-core MediaTek MTK 6577 CPU and PowerVR SGX531 GPU, but has only 512MB of RAM. It runs on Android 4.0 ICS straight out of the box and there is no information whether it can be upgraded to 4.1 Jelly Bean. The OS is far from being a vanilla experience. The skin is the same that we have seen on the seen on the Lenovo K860 and the S880.

By default, there are three home screens available to a user on the IdeaPhone S560, and you can add six more bringing the grand total to nine. The icons of the default apps have also been redesigned and in our opinion, they are very childish and cartoony. The icons for the default apps such as call, messaging, gallery, file browser, etc. are animated but the rest of the apps that you download from the Play store have their original icon look.

The IdeaPhone S560’s lock screen, drop down notifications, and other user interface aspects of the device are standard Android and what we have come to expect from every Android smartphone out there. Lenovo has also preloaded a battery widget on the S560, which not only gives you the status of the phone but your usage as well. It is one of the better battery widgets we have seen and it is nice to see it come preloaded on the device.

The specifications of the device are at par if not better than most devices available in the market, but can its does the performance have a noteworthy impact on us?

Performance
To start with, let us take a look at the benchmark comparison between the Lenovo IdeaPhone S560, Sony Xperia Go and the Lava Xolo X900, which are all available at the same price point.

From the benchmark comparison, it is clear that the Lenovo IdeaPhone S560 isn’t the best out there but it isn’t the worst either. The scores are almost at par with what the competition has to offer at the same price point.

As a phone the IdeaPhone S560 works quite well. Texting and making calls was good. The audio from the earpiece and the speaker was loud and that was nice. The audio from the phone is very loud, be it for apps, games, videos or calls and that is a very good thing. Games such as Temple Run 2 and Angry Birds ran without any hiccups.

The Dolby Mobile mode is one that makes most sense when you are using headphones. Essentially all it does is add a surround effect to your music. The effect is most prominent when you listen to your music with a nice pair of headphones. The enhancement on the IdeaPhone S560 isn’t spectacular but it is very evidently present. You will inevitably end up listening to music with the Dolby Mode on throughout.

One good thing about the Lenovo IdeaPhone S560 is that the general lag is very little when compared to other devices in the segment. The interface is smooth and switching from any app to the home screen or the apps menu is smoother when compared to some budget devices.

The Lenovo IdeaPhone S560's 4-inch display is quite crisp. Watching videos on the device was a good experience. We saw a few trailers on YouTube and the colour representation was nice. Although on full brightness, it did look a little over exposed, but reducing the brightness can solve that.

Browsing websites on the device was a treat. The pages loaded fast and the display was crisp to read the text on. Pinching to zoom was smooth too.

Last, but not least, the IdeaPhone S560’s 5MP camera doesn’t very good performance. It takes decent shots daylight or any situation where the lighting can be controlled. The absence of a flash makes the camera ineffective in the dark.

Bottom Line
The Lenovo IdeaPhone S560 has a good display, fantastic audio and is overall a good phone. What goes against it is the lacklustre skin and the average camera. A music buff may consider this phone just for the Dolby Sound. Around the Rs. 15,000 price point, there are a lot of devices available. If you are ready to take the risk, we say give this device a shot. It’s a good budget Android phone. But if you want to stick to the tried and tested, you may want to consider the Sony Xperia Go, Sony Xperia Sola, or the Samsung Galaxy S Duos for the same price.