Lemon iT 717 - Secure your data with MTP storage technology Review 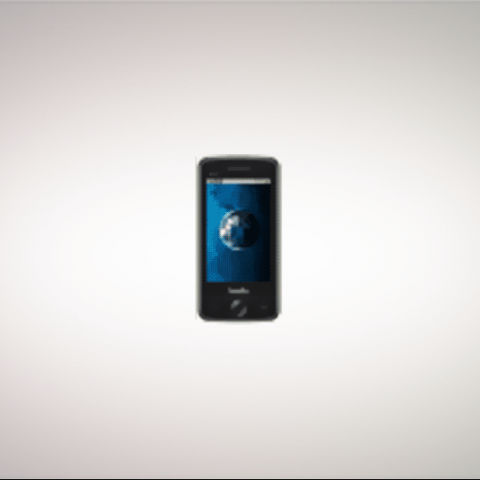 The Lemon iT 717 is a feature rich, social networking phone that provides good value for money. However, it does not qualify as a decent performer or worthy candidate for best buy. We would rather sum it up as a jack of all trades, that does a bit of everything at the expense of consistent performance.

The Lemon iT 717 is a dual-SIM, touch-screen phone, loaded with attractive features targeted at people looking at a sleek touch-based device. It has a solid plastic body with brushed metallic finish on the back-panel and a thin metallic line running across the body contours of the front panel. The glossy finish on the LCD screen along with the brushed metallic finish on the edges of the front panel, add style and appeal to the looks of the cellphone. The overall build quality of the cellphone is quite good and provides scope for durability to a modest extent.

The iT 717 has a select function button located below the LCD screen, which is sandwiched between the two call function buttons (call answer and call disconnect). It incorporates the volume control buttons on the left side and a USB port at the bottom surface of the cellphone. The battery compartment can be accessed by sliding the battery cover upwards and vice-versa while closing the slider door. Removing the battery cover and the battery reveals the two GSM SIM card slots and one microSD slot.

The menu interface is neat and well organised. Although, we felt that the touch-screen interface was sluggish and inaccurate like in most cases with touch-screen cellphones. However, the stylus shipped with the cellphone came in handy to overcome the shortcomings of the ageing touch interface. A novice user would need some time to get used to the stylus and its one-hand operation. The lack of hardware keypad makes it even more disappointing, as most users are likely to enjoy the dual-hand operation of mobile keypads, particularly the QWERTY keypad.

In addition, the Lemon iT 717 bundles with some interesting applications like image viewer, photo editor and answering machine. It doubles up as a web-cam, when connected to the PC or laptop through the USB port, and ships with a mobile pouch which serves as a value added accessory. It also incorporates the Media Transfer Protocol storage technology that can allow the user to access and transfer files at the logical level (rather than just the FAT block level like in USB mass storage). Thus, authorization to access certain files can be restricted with the use of permissions and passwords to lock or unlock a file.

The Lemon iT 717 had a modest outing in the signal reception and call clarity test. There was evidence of jittery background noise in zone two, when exposed to a noisy atmosphere. However, the bundled hands-free headset did a fine job in filtering out the background noise and boosting the overall call clarity. At the same time, the built-in loudspeaker delivered mediocre performance with very choppy and wavering voice clarity. The speaker volume was optimal throughout the call and there were no dropped calls. The Lemon iT 717 yielded a rather poor performance in the Bluetooth test with a transfer speed of 52 kbps. The performance was very poor in both the video capture and video playback test. We found evidence of pixelated artifacts leading to distorted images in the video capture test. Also, it exhibited stuttering and visible grains in the video playback test. Overall, we were disappointed with its ordinary performance in the captured photo quality test and an average performance across all the tests.

The Lemon iT 717 is a feature-rich, social networking phone that provides good value for money. However, it does not qualify as a decent performer or worthy candidate for best buy. We would rather sum it up as a jack of all trades, that does a bit of everything at the expense of consistent performance. If you are willing to compromise on performance for more features, then it should make a decent buy at Rs. 5, 995. Otherwise, we would recommend you to give a look at Micromax's X550 (QUBE) - a decent performer in this price category.

Lemon iT 717 - Secure your data with MTP storage technology

Lemon iT 717 - Secure your data with MTP storage technology