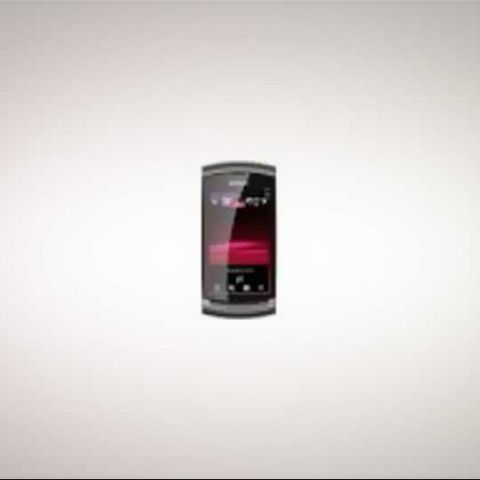 For a price of just below Rs 4k, the K1414 appeals to someone who wants a touchscreen phone on a tight budget, with dual sim capabilities to boot. And with good looks to boot, the K1414 looks more expensive than it actually is. However, the biggest problem is the touchscreen response, which is iffy at best. Patience will be in great demand, since multiple stabs on the screen will be needed at times.

Long gone are the days when budget phones had to look like the price. And the Karbonn K1414 is certainly walking down that line. However, looks apart, the performance on offer is something that is vastly different from phone to phone. And the consumers buying phones in that price bracket seem to be more sensitive to the performance offered by the phone, if the queries/feedback we receive are anything to go by.

Look and Feel
When the Karbonn K1414 is placed in front of you, we will forgive you for thinking that it is actually the Sony Ericsson Vivaz! The similarity is uncanny. But then again, we think that isn’t a bad idea anyway, since these looks will stand out in the midst of the sub Rs 4k rivals. While it is plastic all around, the build quality is quite good. No rough edges or creaks anywhere. Even the battery opener doesn’t pose a rick to your nails!

The 3.2-inch display and three hardware keys take up the front panel. On the rear panel is the 3MP camera.

Features
This one is a dual sim phone, which makes the K1414 a very good deal for someone who wants the touchscreen goodness and the dual sim convenience. The memory card slot is capable of holding up to 16GB of storage. The 3MP camera is an okay clicker. The biggest attention grabbing point is the interface, which has multiple effects in terms of the layout and effects.

The menu has been given a 3D-esque-look option as well. However, we did not really like it, since it just makes navigation painful, thanks to the iffy touchscreen. In standard layout, the menu looks very clean and uncluttered.

Performance
The touchscreen response on offer here is an absolute disappointment. There will be times when even half a prompt will complete the command you had desired for, and at other times, even multiple stabs at the screen wont make the phone budge. This makes typing out an SMS a bit of a project. Quite disappointing considering touchscreen quality even on the inexpensive phones has become pretty good quality off late.

While the touchscreen is a disappointment, the call quality is very good. While the earpiece is treble heavy, the clarity is impressive. And so are the loudness levels. The speaker is quite loud, but does tend to become very judicious with clarity if the volume is pushed too high.

The 3.2-inch WQVGA display is very good, considering it has a steady mix of colour depth and sharpness. However, it doesn’t hold together very well in bright sunlight, and the brightness needs to be set to maximum to make text readable. The resolution of 320x400 pixels isn’t enough if you want to use this for watching a lot of videos, but then again, for this price we cannot really complain.

Battery life is quite good. This one lasts about 2 days, full charge to complete discharge. Considering this isn’t a smartphone OS with a million data chewing apps running on the background, this backup time was quite expected.

The 3MP camera is a very basic clicker, and the images are passable. Videos feel jerky at most times. This camera is there because it is value adds to a phone at this price, and not much else.

Our Take
At a price of less than Rs 4k, the K1414 offers a lot of features. However, the touchscreen’s shortcomings are something that is hard to look beyond. You may still end up buying this phone for its looks and/or the feature set, but the sense of disappointment will linger on, long into the future.