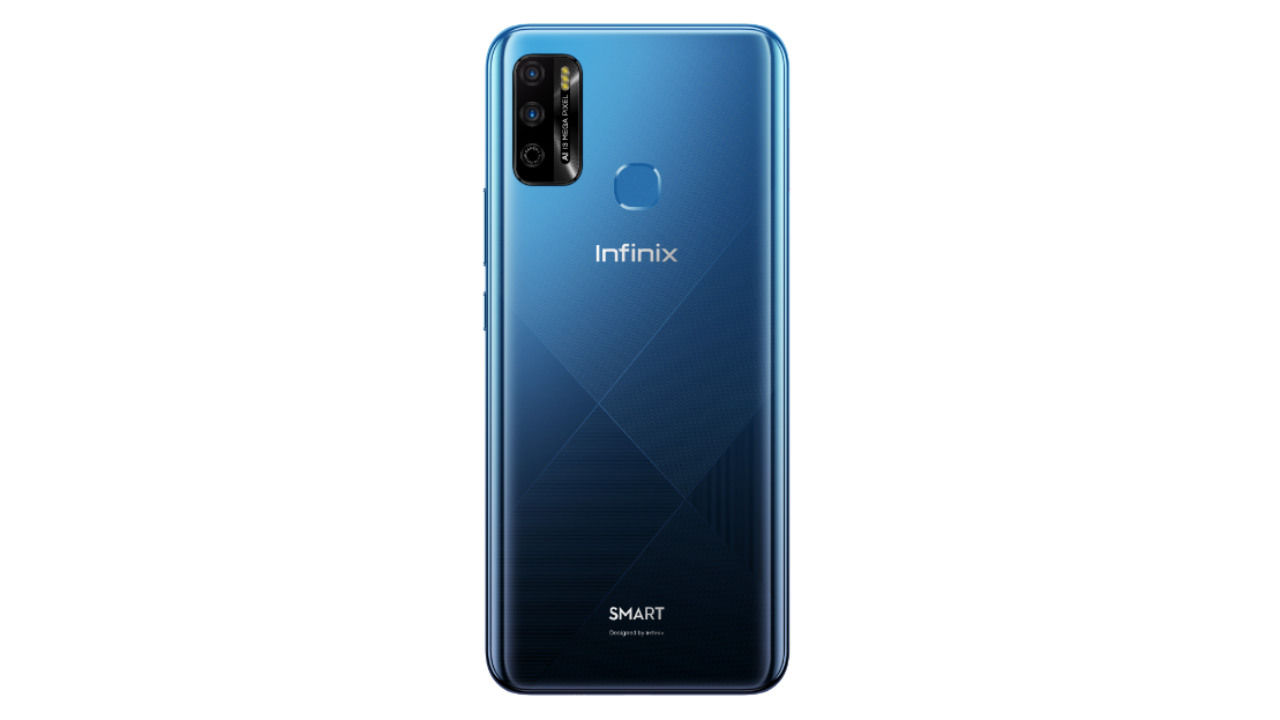 Infinix has launched a new smartphone in India. Called the Infinix Smart 4 Plus, the device is priced at Rs 7,999 and will be available from July 8. The device packs a large 6.82-inch HD+ display and is powered by a MediaTek Helio A25 octa-core processor. It also sports a 13MP dual-rear camera and a 6000mAh battery.

Fresh from the grand success of its popular Smart 3 Plus, Infinix – the premium smartphone brand from TRANSSION Group – is all ready to shake up the Indian smartphone market once again with its successor, Smart 4 Plus. The newly-launched smartphone packed with an array of cutting-edge features, is the first in the sub 8k segment to come with a 6000mAh battery capacity along with AI Smart power saving which gives a two day power back-up to the device. The big battery a standby time of 31 days that delivers up to 23 hours of nonstop video playback, 38 hours of 4G talktime, 44 hours of music playback, 23 hours of web surfing and 13 hours of gaming. To be available exclusively on Flipkart at just INR 7999/- from July 28, the Smart 4 Plus comes in three colors- Ocean Wave, Voilet and Midnight Black, along with cutting-edge tech features that will set new benchmarks in the sub-8k smartphone category.

Camera: The Smart 4 Plus follows Infinix’s tradition of offering the best camera in the budget smartphone category. It comes equipped with a 13MP AI dual Rear camera that has a triple LED flash along with an f/1.8 large aperture, allowing the photo enthusiasts to capture the smallest of the objects with greater clarity. The smartphone also features an 8MP selfie camera with f/2.0 aperture, AI-driven beauty mode and multiple camera modes such as portrait and wide selfie for that ‘perfect’ picture. A cutting-edge AI framework boosts the camera capabilities of the phone, enabling Auto Scene detection from 10 different modes to adjust the image accordingly. Additionally, the rear camera is also equipped with AI HDR+ composition for an exceptional exposure along with a 3D body shaping feature.

Immersive display and sound: For an engaging entertainment on the move, the smartphone comes with a 6.82” HD+ Drop Notch display and 90.3% screen to body ratio long with a brightness of 480 nits, which makes it an excellent device for watching TV shows, movies, music videos, or any kind of entertainment, without missing any details. The viewing experience is also backed by a powerful audio experience enabled by DTS Surround Sound in four modes for maximum engagement.

Superior performance, storage and premium design: Powered by Helio A25 Octa Core processor with 3GB RAM/32 GB storage, the brand new Smart 4 Plus smartphone operates on Android XOS 6.2 Dolphin. It also comes with a dedicated 3-in-1 SD card slot for expanding the memory upto 256GB. All of this combines with a stunning gem-cut texture design with 2.5D curved glass unibody finish for a smartphone experience that operates at the intersection of performance, premium design, and affordability. Meanwhile, the chipset supports advanced smartphone features such as fingerprint/face unlock for enhanced security along with VoWiFi/ VoLTE support for a seamless, glitch-free, and connected usage experience, be it while streaming videos online or playing multiplayer games!

Elaborating on the vision behind Smart 4 Plus, Mr. Anish Kapoor, CEO, Infinix India said, “These unprecedented times have increased the dependency on smartphones unlike before where every member of a family is transitioning to digital screens for their individual need, be it for entertainment, learning, or daily interactions. While it was a challenge to come up with a new device like this in an already set portfolio but we put all our energies behind our conviction and designed Smart 4 plus which addresses real-life issues of the people in these tough times. Launching something as efficient as the Smart 4 Plus that comes with a big battery and a bigger screen is the need of the hour. We at Infinix identified the pain points of the users to introduce this device for the masses to give an uninterrupted and immersive mobile viewing experience at the same time. I am confident that this device will resonate with all the people for whom WFH (work from home) is the new normal and also to those whose screen time has increased drastically, Smart 4 Plus truly embodies the spirit of our belief Ab Rukna Nahi".