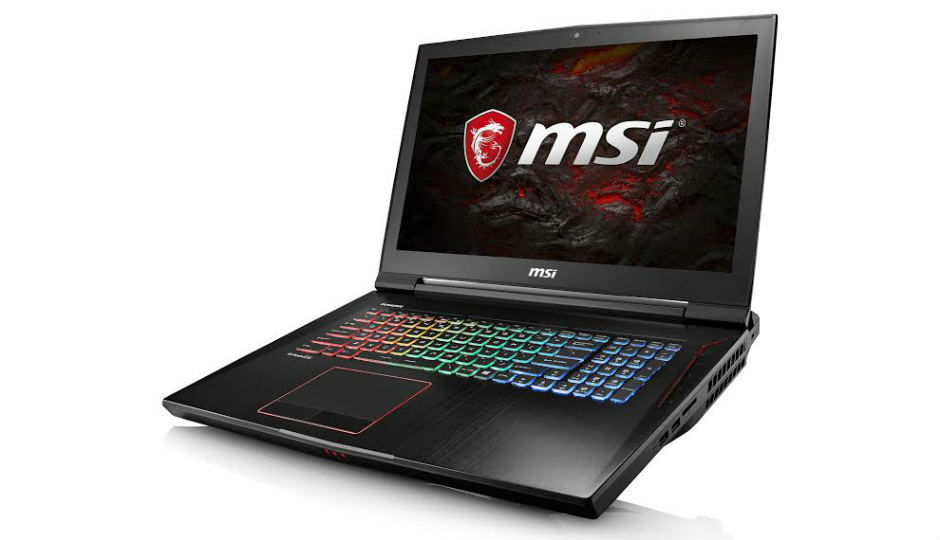 MSI has announced its new 7th generation Intel based laptops. These laptops feature the new Kabylake CPUs that were developed by Intel. The devices include the MSI GT83VR 7RE Titan SLI, GT73VR 7RF Titan Pro 4K, GS63VR 7RF Stealth Pro, GE62 7RE Apache Pro and GP62 7RD Leopard. Prices for these devices start at Rs. 1,29,990, and go up to Rs. 3,49,990.

MSI India is pleased to announce the roll out of its latest 7th generation Intel based laptops as well as a whole series based on these newest CPUs. These new Kabylake CPUs feature a significant boost to Core speed, Multimedia Playback, and 4K video capability. MSI is able to include all the benefits of the new i7 CPUs and the GTX 10 series GPUs in their most powerful and efficient laptops ever.

MSI Dragon fans know that being a second behind is not good enough. The next big improvement in speed is here with the introduction of the 7th generation Intel’s CPU: Kabylake. Further shrinking the gap between Laptop and PC, users are expected to experience newfound power due to the new CPU and GPU combinations. This increase in processing power entails a boost for arithmetic, 4K Video, Multimedia, and Virtual Reality Performance. Casual users, gamers and professionals will notice the snappier response while Multitasking, even while running multiple heavy loading applications.

MSI GT83VR 7RE Titan SLI is the first VR-optimized laptop with an IPS level screen powered by Kabylake i7-7820HK+CM238 GPU and dual GTX 1080 8GB GDDR5X GPU. The GT83VR 7RE Titan delivers unprecedented performance, power efficiency, and next-generation gaming experiences. Running Windows 10 on Super Raid 4-512 GB NVMe SSD and 1TB 7200rpm HDD, the programs and ingame maps load instantly.The only laptop to have Cherry MX Speed Sliver RGB Switches and ergonomic keys onboard to provide the best responsive and tactile feedback with a 1.2mm mechanical actuation, light 45g key switches and the durability of Gold contacts. Capable of shining in the dark with multi-color RGB backlighting the pursuit of the perfection is an art masterpiece in itself.

MSI now presents you a gaming notebook with 4K LCD built-in display. Thanks to the resolution up to 3840 x 2160 pixels, both gaming and video on the GT73VR 7RE Titan Pro UHD 4K display is spectacular, as users are able to see superbly detailed images, outstanding color contrast and 100% Adobe RGB color performance. Running Windows 10 on Super Raid 4-512 GB NVMe SSD and 1TB 7200rpm HDD, the programs and ingame maps load instantly.Now with the Core i7-7820HK that allows overclocking, the GT73VR 7RE Titan Pro UHD 4K has the power not just to game in 4K, but to edit and show 4K video as well.

Pricing for the New Lineup Of 7th Generation 4K Laptops: