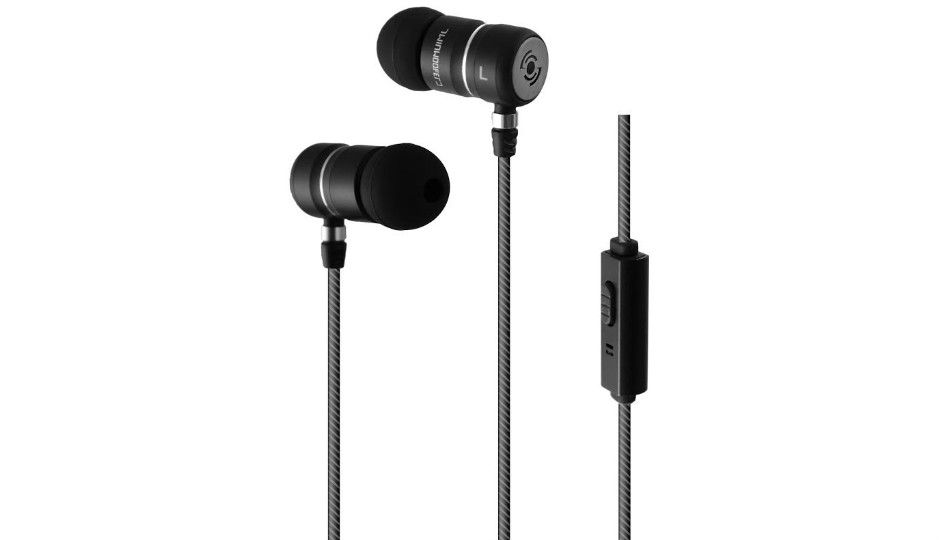 Tekfusion has launched an updated version of its Twinwoofers M headset. Called the Twinwoofers M 2.0, the new headset is priced at Rs. 1,999. It comes with a new generation of 10mm HD dynamic drivers and an echo cancelling microphone. The Tekfusion Twinwoofers M 2.0 also come with a 1.2 meter cable, and five pairs of ear sleeves. The headsets are up for pre-order and will start shipping out in early February 2017.

Tekfusion, a Bangalore-based Indian audio brand got established in 2011. It was during this time, when smartphones just started replacing MP3 players and the old fashioned keyboard equipped mobile phones, due to their powerful features such as streaming possibly any type of audio or video file formats. The brand is confident that its new trendy wired headphones, will help consumers upgrade to better sound for their smartphones. Today, Tekfusion has announced the pre-launch of its new generation of wired headset, the Twinwoofers M 2.0, which the company will be ready to ship in February of 2017.

Tekfusion’s original Twinwoofers M In-Ear Headset was released in 2013. The product was compatible with majority of smartphones (especially Android and iOS), and it came with seven pair of ear tips, two carry cases.
The product got a great reputation from the reviewers, although the foremost concern for the company was that it could not be able to reach majority of smartphone users in India due to its higher price point.

The product was planned for audiophiles, although from its sluggish market performance, the company decided that it was time to release a slightly more compact version of headset to cope up with the versatility of the growing audiophile market and which will be appropriate for a vast majority of consumers planning to upgrade their music experience, when compared to the default headset supplied by their smartphone manufacturers.

The company started working on a new headset at the beginning of 2016. In its new headset, Tekfusion will include a more durable, tangle-free 1.2 meter long wire, five pairs of sound isolating ear sleeves, and a travel carry case. The headset’s chassis will be made from premium quality aluminum, and will hold the original ergonomically contoured shape for easy handling, and it will have a full matte black look with silver accents.

Twinwoofers M 2.0 Headset will be loaded with a new generation of 10mm HD dynamic drivers for high-resolution sound and bass, new echo-cancelling microphone, and a single button remote to operate call answering and music playback. As per the company, it will be compatible with majority of smartphones with Android, iOS, as well as Windows. As usual, the company will honor a one year warranty on its headset, and you can currently only buy headphone online from its store at www.tekfusiontechnologies.com or from authorized Tekfusion dealers post Feb 2017.
Tekfusion’s pre-launch offer will be starting at INR. 1999 and pre-orders will be accepted from 1st Jan 2016 and the company stated that it will ship out all the orders in early February 2017.