Mi Band 4 might feature a colour display, and a larger battery

A leaked image suggests that the upcoming Mi band 4 will feature a colour display.

The Mi Band 4 is expected to come in two different variants - one with NFC and one without NFC.

Both variants are expected to support Bluetooth 5 connectivity. 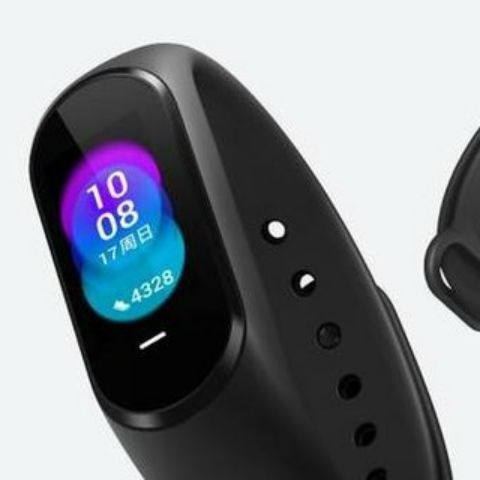 According to the latest leaks circulating on the internet, the Mi Band 4 might be announced in two variants. Both of these variants are said to sport a colour display with a new UI. The device is also expected to feature a bigger battery and is speculated to feature a 135mAh battery instead of the 110mAh battery found on the Mi band 3. The new Mi Band 4 could feature Bluetooth 5 for 'seamless' connectivity across multiple devices and the Bluetooth 5 protocol will also help with better battery life on the band. The Mi Band 3 comes with Bluetooth 4.2. The Mi Band 4 might be launched in two different variants – one with NFC and one without it. The NFC enabled variant is touted to have the model number XMSH08HM whereas the non-NFC variant's model number is said to be XMSH07HM.

The upcoming Mi Band 4 might also come equipped with an improved “Heart Rate Monitoring” system. There is no information as to when the bands will launch but the NFC enabled variant is suggested to be priced at 499 Yuan (Rs 5,040 approximately, directly converted) whereas the NFC-devoid variant is expected to be priced between 200-300 Yuan (between Rs 2000 and Rs 3000 approximately directly converted).

The Mi Band 3 is available in India for Rs 1,999. In our review of the band, we said, “The Xiaomi Mi Band 3(₹ 1799 at flipkart) is a pretty impressive little performer for its price range. However, its price point of Rs 1,999 is slightly higher than its predecessors and brings it close to devices like the Lenovo HX03F Spectra. Both devices are neck and neck in terms of capability, but Lenovo’s wearable offers a slightly larger display, that too in colour as well as a simpler charging system. But the Xiaomi Mi Band 3 has battery life, the subtle looks and the Mi Home ecosystem on its side. This is what you’ll have to consider when choosing between the two”.