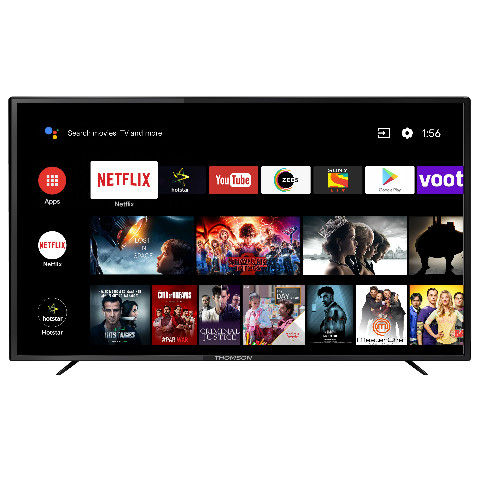 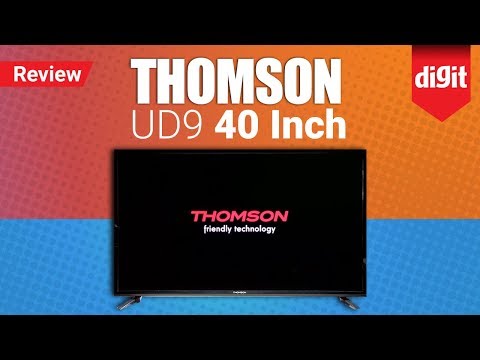 Talking about the new series Avneet Singh Marwah, CEO of SPPL, Exclusive Brand Licensee of Thomson TVs in India, says "We are honoured to be part of Android tv journey in India, we need to thank Google for all the support. We are proud to announce Thomson 65 inches Android tv, which will be India’s first 4K official Android that echoes the 'Make in India' initiative. It is a great feeling especially when you have seen the evolution of smart TVs; we had launched Thomson tv with open source 4.4 version and today we are launching an official Android with the latest Oreo version. This tv will change the whole ecosystem in India as it comes with some great features like Google Assistant, Netflix, some 5000 more TV apps/games, an inbuilt Chrome-Cast, Dolby sound, 2.5 GB RAM, 16 GB ROM and much more. This will be our first premium tv at a super affordable price starting from 29,999/- for 43 inches, to a never before seen price, 65 inches at 59999/-."

All the new Thomson TVs support a resolution of 4K along with support for HDR 10. The TVs can also decode Dolby Audio and DTS TruSurround. They comes with a set of preloaded apps including Netflix, Youtube, Google Store Play, Google Play Music and Google Play Movies.

Stay tuned as we will bring you our review of the newly launched Thomson TV soon.