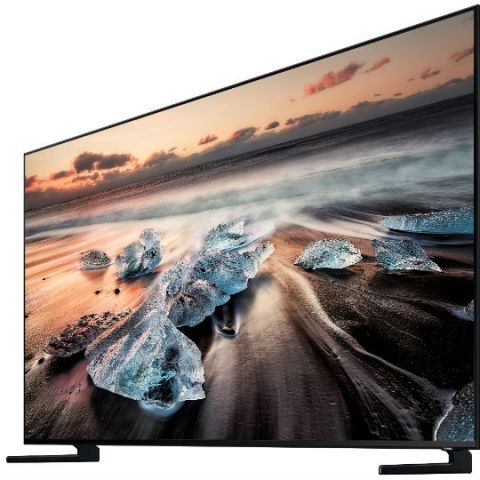 If you are looking to pick up a TV to show off to your friends, now is the right time to get one. Samsung’s 85-inch 8K TV which was unveiled a while back is available for pre-order with delivery beginning from October 28. The TV costs a whopping $15000 which translates to a little over Rs 11,00,000. For the price you could get a Honda City, down payment for a small house, a super luxurious holiday around the works, feed a lot of poor people, buy about 31 PS4 Pros or Xbox One X’s, buy 4 top of the line gaming laptops from brands like MSI, Alienware, buy 2 Sony A9F TVs with a little money left over for home décor... you get the idea.

On the more serious note, the Samsung 8K TV was announced in 75 and 82-inch variants as well but there is no information available on when those models will be available. Before you say it, yes there is no 8K content available on any of the streaming services or Blu-rays. However, Samsung says that the TV’s “8K AI Upscaling” feature which uses the companies Quantum Processor 8K can remaster the content we have today to play perfectly on the 8K panel. The processor of the TV boasts of AI Upscaling. AI in the case of the 8K TVs processor will be used to identify how to best upscale non 8K content on the TV. The system will maintain a sort of database every time it upscales content to help figure out the best way to make the content look good.

Speaking of backlighting, the Q900R series of 8K TVs will have full array of backlighting. This is better than edge lit backlighting found on several LED TVs today. Samsung hasn’t said how many dimming zones the TV will have. Carrying 8K information over HDMI will require a lot of bandwidth. Thankfully, the new Q900R series from Samsung will support an HDMI 2.1 port, which is nice. The 8K AI Upscaling will work across any input, streaming service, set-top box, HDMI and USB. The company claims that it will work with mobile mirroring also. The Samsung Q900R series will have Samsung’s Ambient Mode. This means that instead of seeing a black mirror on your wall, you have the option to see digital artwork or photograph. In this mode, the TV uses very little power.

If you are looking for a flagship TV in India, you have the likes of Sony, Samsung, LG and Pansonic to chose from. Sony recently announced their master series of OLED TVs in India with a starting price point of Rs 4,00,000 only. You can read more about the A9F here.