Samsung Electronics has announced the launch of the 2012 range of Smart TVs in India. The three series that arrive here are the LED ES8000, LED ES7500 and the Plasma E8000. 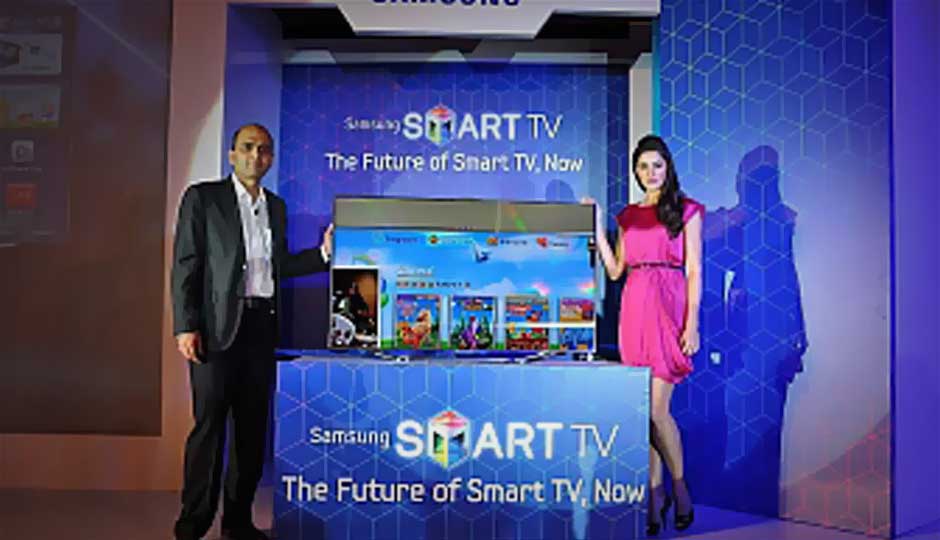 Samsung Electronics has announced the launch of the 2012 range of Smart TVs in India. The three series that arrive here are the LED ES8000, LED ES7500 and the Plasma E8000. These televisions have the voice control, motion control and facial recognition features to add to the whole ecosystem of apps and online content.

We have covered the launch of these Samsung televisions in detail, earlier this year, at an event in Bangkok. Check out our previous coverage as well as a video of these televisions in action here.

Announcing the launch of the Samsung 2012 Smart television series, Mr. Raj Kumar Rishi, VP & Business Head, Audio Visual Business, Samsung India said, “Samsung’s global leadership in televisions has rested on our continued thrust on innovation and excellence. In India too, we have been the first to introduce the latest, innovative technology products such as LED TVs, 3D TVs and now 2012 Smart Television series. Samsung’s 2012 TV and AV strategy rests on three pillars: Smart Interaction, Smart Content, and Smart Evolution, and our 2012 Smart television range exemplifies the same. I am confident that the new Smart television range will help us create new segments and further fuel the growth of the flat panel television market in India.”

A dual-core processor powers these televisions, which also boast of the AllShare feature that will allow wireless sharing of media to the television from Samsung smartphones, tablets and cameras, power Samsung’s new Smart TV range.

What we see for the first time is the Smart Evolution kit, which will allow users to upgrade the hardware on the televisions, without needing to buy another one. These kits will hit markets in 2013.

Samsung’s entire Flat Panel TVs product portfolio has models that are priced in the range between Rs. 12,800 to Rs. 273,000.