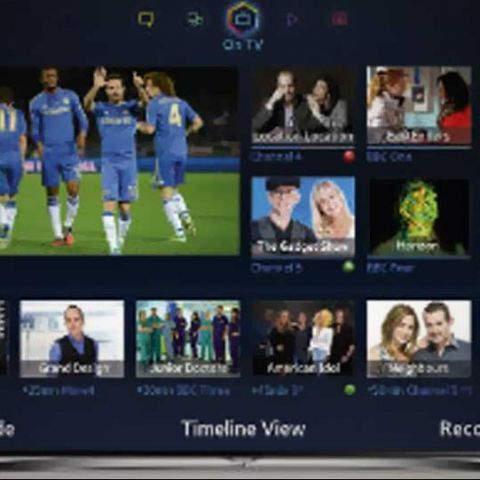 Samsung has launched 20 new televisions in India under its Smart TV and LED TV range. The televisions have been launched for prices that span from Rs. 37,900 to Rs. 3.68 lakh and will comprise of a host of smart features including app support and Internet connectivity. Samsung revealed that it hopes to see increased growth in market presence and revenue on the back of its Smart TV lineup, that now makes up 20% of Samsung’s total LCD panel TV sales.

Included in the lineup of the newly launched TVs are the F8000 and the F7500. The F8000 is claimed to be the first Smart TV in the world powered by a quad-core processor and also boasts of the S-Recommendation feature that lets users ask the Smart TV for recommendations about programs to watch using their voice. S-Recommendation is a part of the Smart Hub suite that will come preinstalled on the F8000. The suite will also give users access to  social networks and apps. The F7500 also features the Smart Hub suite and is available with a 46-inch display.

Along with the above two TVs, Samsung also showed off its first Ultra High Definition TV- the 85S9 and the Joy range of televisions, which Samsung said, was made “especially for India.”