Samsung denies its Smart TVs are spying on users 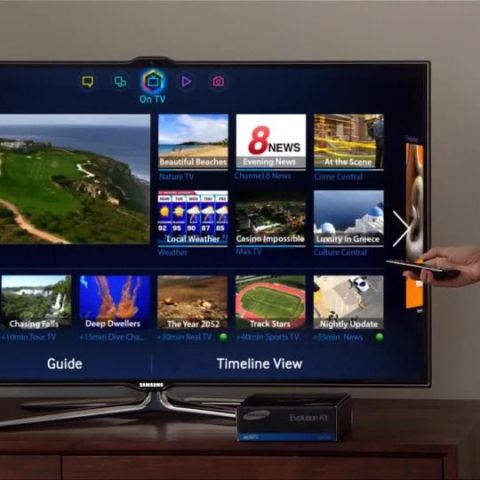 Samsung has revised the language of its privacy policy to put its customers at ease, in the wake of reports circulating that the company's Smart TVs are listening to users conversations and transmitting the data to third parties. The company has posted a detailed explanation of how voice-recognition technology works on its Smart TVs.

Samsung's privacy policy clarifies that its Smart TVs are not constantly monitoring everything you say. The company stated that the microphone built into the set, is only used to respond to a specific set of predefined voice commands for things like changing the channel or volume of the TV.

In a company blog post, Samsung states, "Samsung will collect your interactive voice commands only when you make a specific search request to the Smart TV by clicking the activation button either on the remote control or on your screen and speaking into the microphone on the remote control."

Samsung further adds that its takes users privacy very seriously and makes sure that all data is encrypted. It states that it does not retain voice data or sell it to third parties. Other smart gadgets like Xbox 360 and Xbox One Kinect service, Amazon’s Echo speaker, LG’s Smart TVs, or Microsoft’s Cortana all use similar voice recognition technology and connect to the Internet as a resource when needed. Samsung adds that users can also easily disable voice recognition and internet connectivity while still using certain predetermined voice commands.

The Korean firm stated in a blog post "Samsung takes consumer privacy very seriously and our products are designed with privacy in mind. We employ industry-standard security safeguards and practices, including data encryption, to secure consumers’ personal information and prevent unauthorized collection or use."