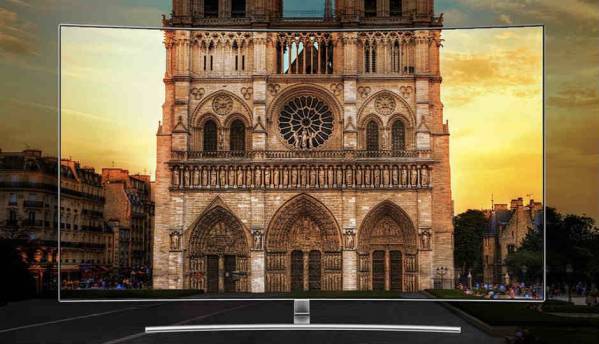 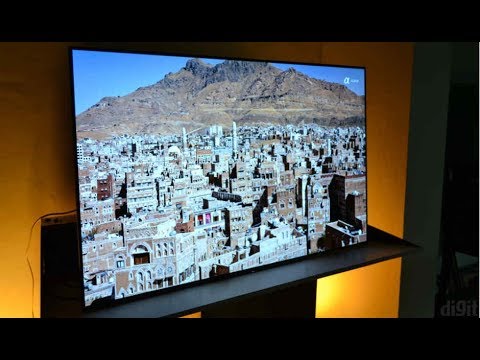 A second Nor'easter that hit the storm-weary US East Coast in less than a week with heavy snowfall, power outages and crippled transportation on Wednesday did not deter Samsung Electronics from unveiling its next-generation 4K QLED TVs that are set to redefine our living rooms.

The new line-up of flagship QLED (Quantum dot Light Emitting Diode) TVs - including the 85-inch, 8K Artificial Intelligence (AI)-powered TV - houses an "Ambient Mode" feature that mimics the pattern on the wall behind the TV to create a visual effect, in which the TV blends seamlessly into the wall like a chameleon. 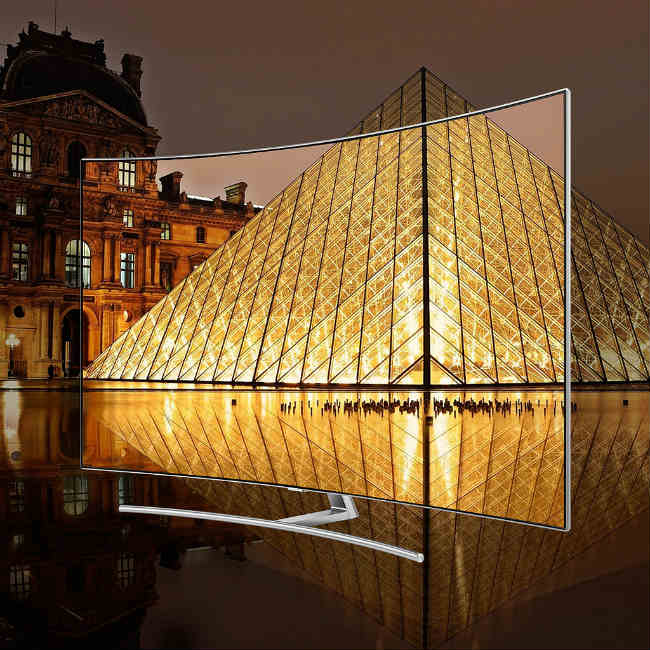 To achieve this effect, download the "Samsung SmartThings" app on your smartphone and take a picture of the wall. The app -- available for both iOS and Android devices -- then sends the image to the wall-mounted TV and figures out how to fill the screen with that image. In a demonstration, this left only the TV frame to be visible, and the screen seamlessly merged with the colour of the wall. "Ambient Mode" also provides useful information throughout the day like weather reports and important news of the day etc, even when someone is not actively watching the TV.

With the intelligence platform "Bixby," you can use voice commands to ask for your favourite movies or songs -- along with controlling compatible Internet of Things (IoT) home devices like a robotic vacuum cleaner or cameras inside your home.

"Our 2018 line-up of televisions are most innovative and sophisticated yet, designed for today's consumer who is mindful of the aesthetics of their space," Jonghee Han, President of Visual Display Business at Samsung Electronics, told the gathering during the launch event at the American Stock Exchange here.

Ending months of speculations and teasers, Samsung's flagship televisions -- for which the price is yet to be announced -- will be available later this month. 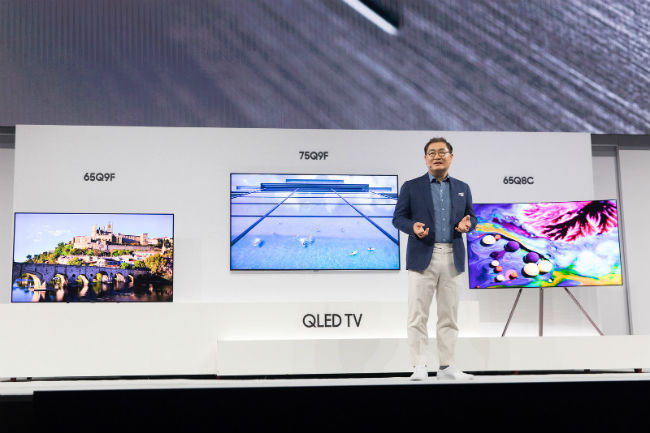 The new QLED TVs don't have clumsy cables around them. There is only one slim cable that sends both power and data (audio-visual content) to the TV. Available up to 15 metres, the cable frees consumers from having to place their TV near data or power outlets. The cable is connected to a separate external box.

"We are excited for consumers to experience our new TV line-up and features that offer more freedom to decide where and how the TV can be best enjoyed within the home," Han added.

Samsung also showcased "The Frame," a customisable TV that can blend into any room like a photo frame hanging on the wall. Launched last year, "The Frame" houses artworks that have been contributed by renowned artists from across the globe. Samsung collaborated with world-renowned designer Yves Behar to develop "The Frame".

Out of the the new QLED TVs -- Q9F, Q8F, Q7C, Q7F and Q6F -- the Q8F and Q9F models deliver stunning images through Direct Full Array (DFA) technology. The DFA technology uses a panel with zones of smartly-controlled backlighting that adjust automatically to deliver deep blacks and pure whites.

The company showcased "One Remote" technology where consumers can control most connected TV devices with just one remote control. 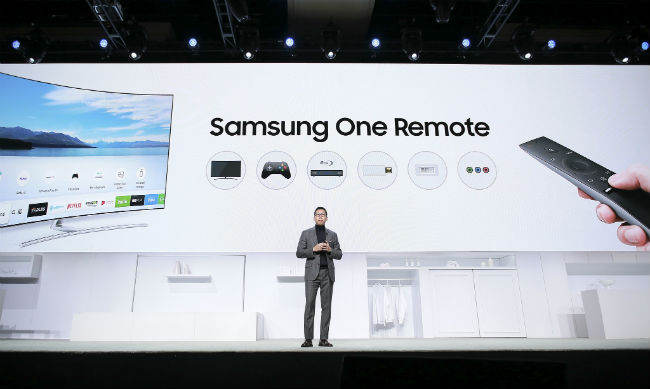 Apart from TVs, the South Korean giant also showcased a new audio line-up that included the "HW-K950 Dolby Atmos" soundbar; "HW-N650" soundbar for gamers; "HW-NW700" soundbar that features a wall-mounted design and "VL550" that includes a unique metal dial that consumers can attach to any metallic surface and use to control music with their voice.

Samsung has been ahead of the curve with innovations like LED TV, Smart TV, Curved TV, Curved UHD TV and now QLED TV and "The Frame."

Last year, the QLED series witnessed an overwhelming pre-booking response in India within a month of the launch, and the surprising trend was that 40 per cent of these bookings came from non-metros, the company said.