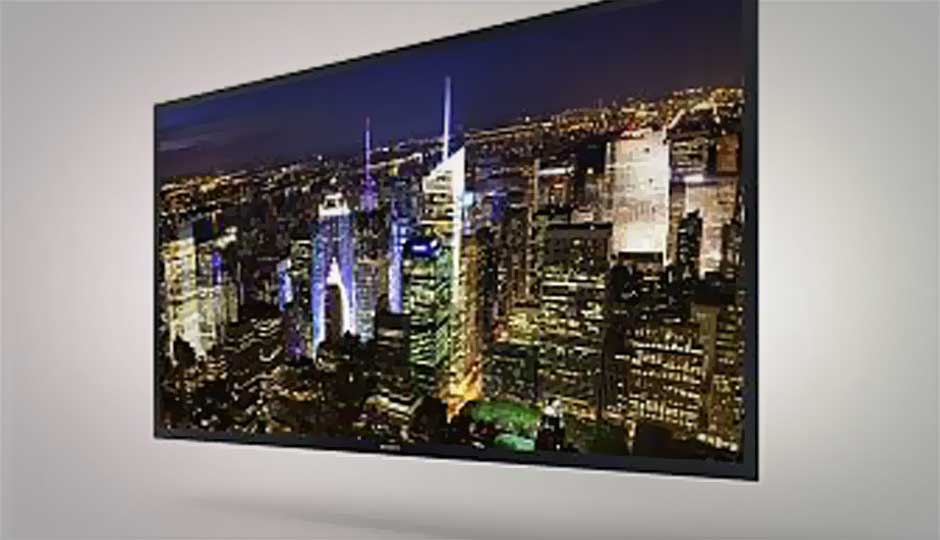 Up until now, in order to force light through the OLED layer, OLED TVs used low-temperature polysilicon (LTPS) thin-film transistors (TFTs). However, there were some challenges inherent in the manufacture of large OLED displays.

Using oxide semiconductor TFTs Sony has been able to produce this new larger display. The new OLED component’s structure also incorporates Sony’s own ‘Super Top Emission’ technology, which has been incorporated in other products already introduced into the market. This ‘Super Top Emission’ technology has a high aperture ratio and enables light to be extracted efficiently from the structure’s OLED layer.

By combining two Sony developed technologies, Sony has been able to overcome some of these challenges. This prototype delivers all of the features expected from OLED TVs, such as high contrast, brightness, rapid video image response time and rich images produced even at wide viewing angles, all packaged in a large 4K resolution panel.

The OLED panel used in this prototype 4K OLED TV on display at the exhibition was jointly developed with Taiwanese company AU Optronics Corp. (AUO). Sony is not the only one showcasing its 4K TVs at CES 2013. The Korean Giant, Samsung too has unveiled its 85-inch 4K TV at CES 2013. You can read the details of the Samsung S9000 here.

Check out the technical specifications of the exhibited 4K OLED TV prototype: