The upgraded Fire TV now support 4K UHD and HDR video playback at 60FPS. The device also comes with Amazon’s smart assistant Alexa and is powered by a Quad-core processor. 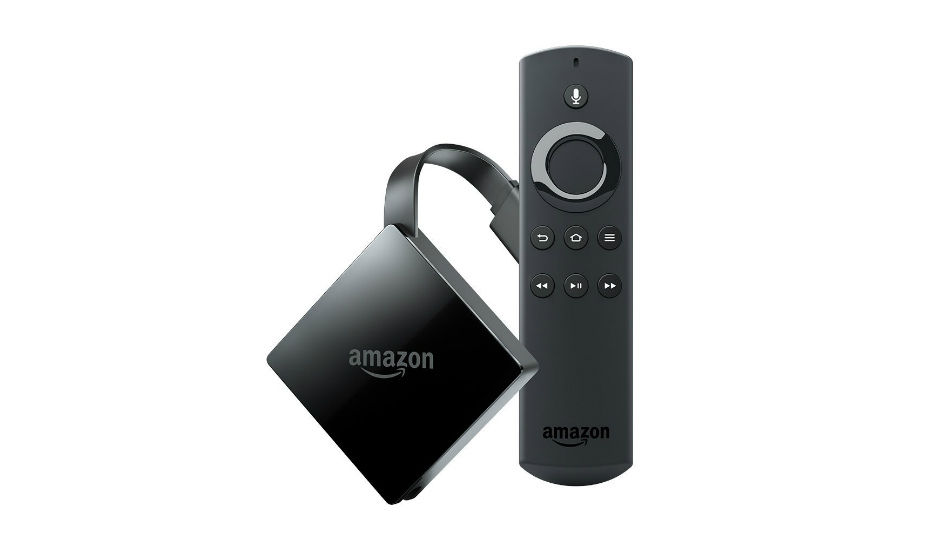 Amazon has announced its new Fire TV, successor to the previously launched Fire TV Stick. The new Fire TV comes with 4K Ultra HD and High Dynamic Range (HDR) support with Dolby Atmos sound. The device is currently available in US for $69.99(4,600 approx, directly converted). There is no word on an India launch of the device yet.

The new Amazon Fire TV is set to rival Google’s Chromecast Ultra which is priced around the same and offers 4K video playback. The new Fire TV sports a square design with an HDMI-IN cable for connecting it with a TV. It also comes with a new remote that supports Alexa, Amazon’s intelligent voice assistant, which was missing in its predecessor.

In terms of performance and connectivity, the Fire TV comes with a 1.5 Ghz Quad-core processor and dual-band 802.11ac Wi-Fi. The device comes with 2GB RAM and 8GB of internal storage. It is capable of playing 4K and UHD videos at 60FPS.

With Alexa integration, users can use various voice commands such as rewind, fast forward, and play content. "Alexa, change the channel to NBC in Hulu” or "Alexa, play Ray Donovan in SHOWTIME.”, are some of the examples of how voice control will work on the new Fire TV. Amazon says that the upgraded device is 40 percent more powerful than the Fire TV Stick and allows users to control smart home enabled lights, thermostats, and other compatible devices via Alexa.

Amazon’s previous media streaming device, the Fire TV Stick, was launched in India back in April this year and was priced at Rs 3,999. The new Fire TV thus can be expected to be priced well above its predecessor’s price point.