Xiaomi, OnePlus smartphones comply with Indian SAR rules: All you need to know about smartphone radiation 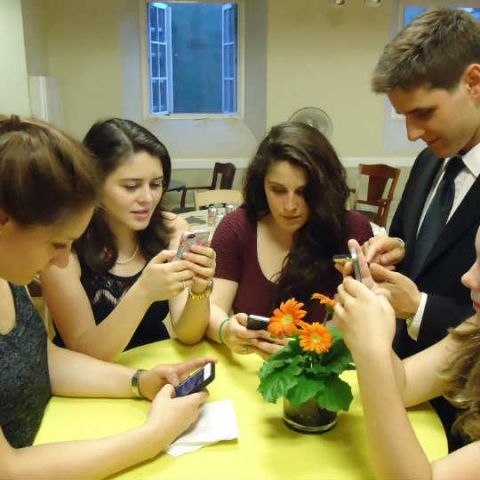 A recent Statista report stated that Xiaomi Mi A1 emits the largest amount of SAR value. The report is based for phones sold in Germany and Xiaomi has issued a statement clarifying that its Mi A1 in India complies with India SAR guidelines.

Recently, a Statista report caused quite a stir after shining a light on the Specific Absorption Rate or SAR values emitted by some popular smartphones. As per the report, Xiaomi Mi A1 is at the top emitting 1.75 Watts per kilogram (W/kg) of radiation, while OnePlus 5T and the Mi Max 3 took the second and third spots respectively with 1.68W/kg and 1.58W/kg respectively. The OnePlus 6T is fourth on the list with a SAR value of 1.55W/kg. We did mention that this list was created on the basis of criteria that is set by the German Federal Office for Radiation Protection (Bundesamt für Strahlenschutz). This implies that the report holds true for the listed phones which are available in Germany. As per the report, the phones mentioned exhibited more than double the emissions that are set by the German certification for environmental friendliness 'Der Blaue Engel' (Blue Angel). However, in Germany, the permissible SAR limit is 2W/kg.

Commenting on the report, Xiaomi has reached out to Digit.in and several other publications with a statement saying, “All Xiaomi smartphones sold in India comply with the laws for SAR values and are well under the limit. Mi A1 has a SAR value of 1.26 W/kg (head) and 0.17 W/kg (body) in India. Values shared in the said report have been obtained from tests in Germany (where the conditions and standards for SAR testing and values are different from those in India) and thus cannot be compared to SAR values in India. For reference, India has a maximum limit of 1.6 W/kg while in Germany, the limit is 2.0 W/kg.”

What is the permissible SAR value for phones in India?

It should be noted that there is no universal standard that specifies a safe SAR value for mobile phones. However, back in August 2012, the Department of Telecommunication published a circular, as per which, from September 1, 2013, only phones with SAR value of 1.6W/kg or below can be manufactured or imported in India. This means that any phone, be it smart or a feature phone, cannot exceed the SAR value of 1.6 W/kg averaged over one gram of tissue.

What are the actual SAR value of Xiaomi Mi A1, OnePlus 5T and OnePlus 6T smartphones in India?

Before we state the SAR levels of the said phones, it should be noted that SAR levels are measured when a device is held against the head (Head SAR) and when it is operated at a distance of 15mm (1.5 cm) from the body (body SAR). In both the cases, head and body SAR values for a device being sold in India need to be below 1.6W/kg.

Effects of high SAR values and how to shield yourself:

SAR is a measure of the rate at which energy is absorbed by the human body when it is exposed to a radio frequency electromagnetic field. High SAR values have been associated with detrimental health problems by the International Agency for Research on Cancer, which states that it could be a possible carcinogenic for humans. However, as per a report by the World Health Organisation (WHO), multiple studies show that no adverse health effects have been observed by the use of mobile phones.

Additionally, short term “research does not suggest any consistent evidence of adverse health effects from exposure to radiofrequency fields at levels below those that cause tissue heating. Further, research has not been able to provide support for a causal relationship between exposure to electromagnetic fields and self-reported symptoms, or ‘electromagnetic hypersensitivity’,” as per WHO. So overall, there doesn’t seem to be any real reason to be concerned over SAR values, but since further research needs to be conducted on this, governments around the world have prescribed an upper limit of SAR value that phones can emit.

However, if you are still worried that the RF radiations by a device could cause harm, the RF exposure drops rapidly when the distance between a user and the phone/device is increased. So the most obvious way to reduce SAR absorption is to use the phone from some distance from the body and use hands-free or headset whenever possible. Also, using a phone in a good network area is said to cause fewer fluctuations in RF emissions.

How to check the SAR value of your phone:

Those who are concerned about SAR values of phones causing them harm, they can check these values on a smartphone’s retail box. It is usually pasted on the back of every phone’s box. Additionally, one can dial the USSD code *#07# to get the SAR value of their device.