Reliance Jio has been at the top of TRAI’s data speed charts for a while, and it comes as no surprise that the network has yet again topped the charts for providing the highest average download speeds in the month of June. 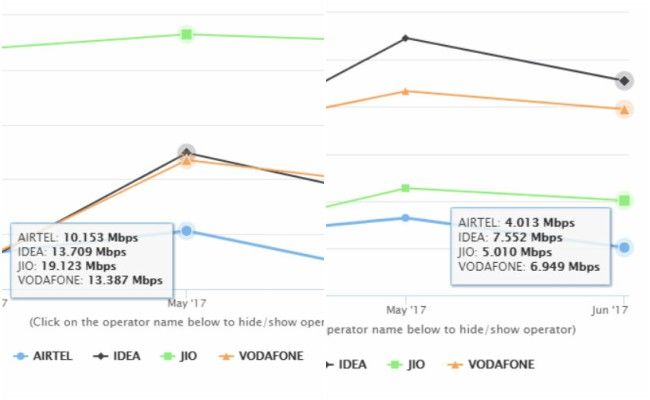 A recent study pointed out that 82 percent of Jio subscribers use the connection as their secondary SIM, while 18 percent use it as their primary SIM. As per the study, Jio attracted subscribers in droves with its free data and calling offers, but call drops remains a “major concern” for the teleco. Perhaps this is the reason why users prefer to use a Jio connection for data rather than calling.

Let us know your download experiences with Jio and other incumbent operators in our comments section. Do you think TRAI’s report is a fair assessment of data speeds provided by these telecom operators?