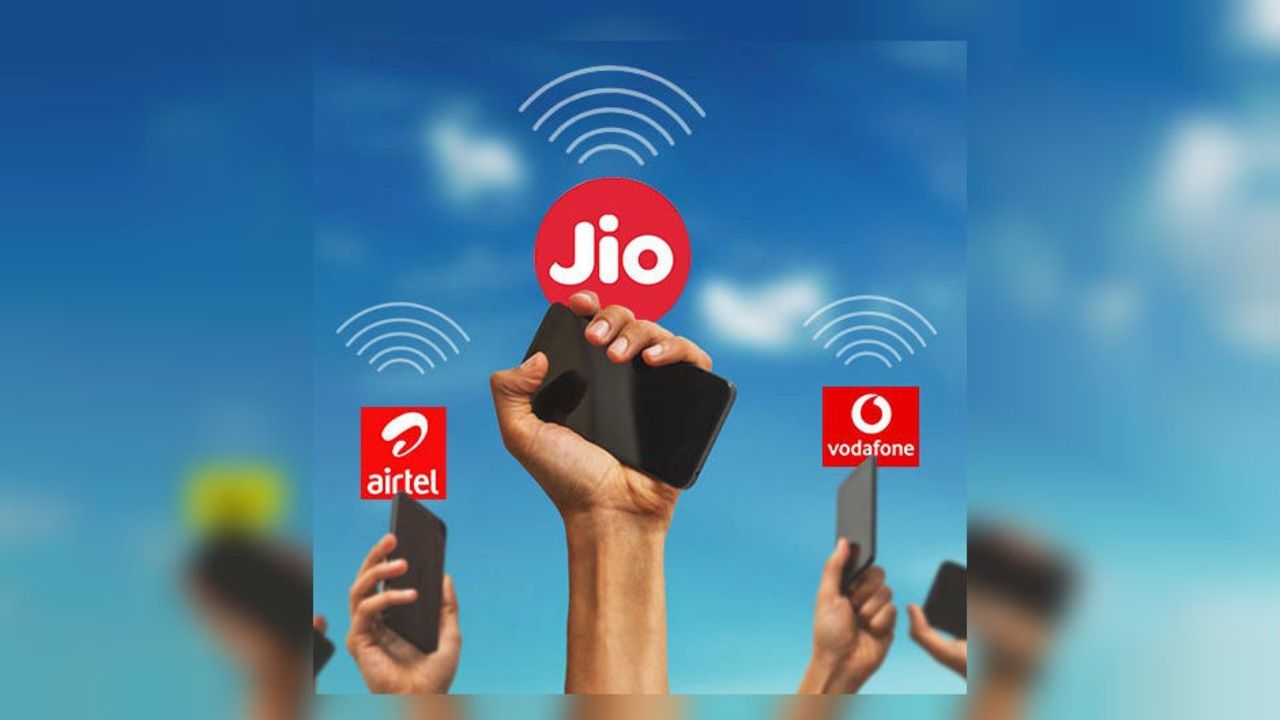 The increased tariff pricing will come into effect from 12 AM, December 3.

Reliance Jio will increase the price of its All-In-One plans on December 6.

As was expected, the three top telcos, Airtel, Vodafone-Idea and Reliance Jio, have announced their new increased tariff plans. While the new plan pricing from Airtel and Vodafone-Idea will come into effect from 12AM on December 3, Reliance Jio has only announced that it will increase the prices of its All-In-One plans tariff from December 6. The revised hiked pricing ranges between 10 and 45 percent, and it is worth noting that only select prepaid plans, vouchers, sachet recharges and first recharge options are getting more expensive. Here are the complete details.

The Rs 129 prepaid plan that offers Rs 130 talk time and 2GB data for 28 days will now cost Rs 148 and comes with the exact same benefits. The plan still retains Airtel Thanks benefits like free access to Airtel Xstream, Wynk and Hello Tunes. The prices of Rs 169 and Rs 199 plans are being merged and the new plan replacing them is priced at Rs 248. With a 28 day validity, the prepaid pack offers unlimited calling 1.5GB data per day, along with 100 daily SMS. The Rs 249 plan is now priced at Rs 298 and it comes with a 28-day validity, along with unlimited calls, 2GB daily data and 100SMS per day.

Vodafone is increasing the price of its combo vouchers, first recharge options, unlimited plans with 28, 84 and 365-day validity and one unlimited sachet. First off, the new combo vouchers are priced at Rs 49 and Rs 79 and they credit Rs 38 and Rs 64 talk time for 28 days, along with 100MB and 200MB data validity respectively.

Coming to the unlimited packs with 28 days validity, the telco has four new plans, all of which come with unlimited voice calling. The Rs 149 plan offers 2GB data with 300SMS, while the Rs 249 pack comes with 1.5GB daily data and 100 SMS per day. Plans priced at Rs 299 and Rs 399 will credit 2GB and 3GB data per day, along with 100 daily SMS. Do note that all of these plans have an FUP of 1000 minutes for off-net calls, which is consumed while calling users on other networks. 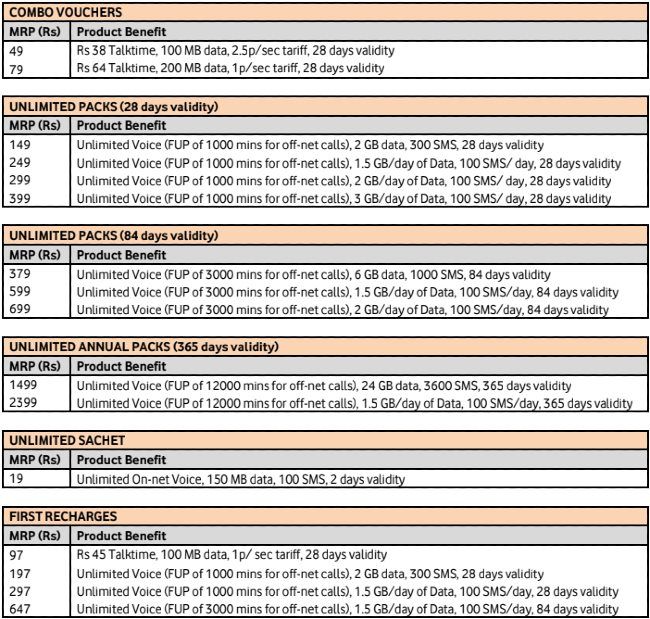