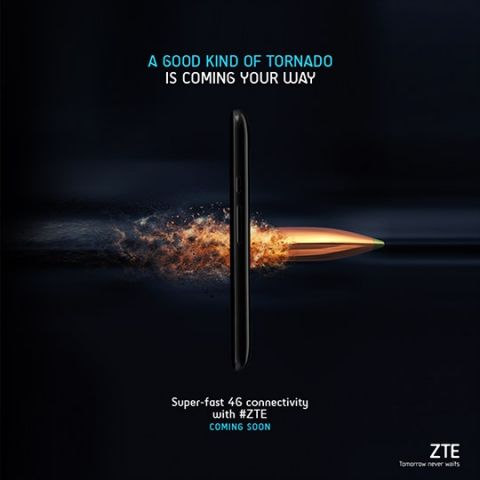 ZTE has finally unveiled the Blade Qlux 4G - a 4G-enabled smartphone priced at Rs. 4,999. Making it one of the cheapest 4G smartphones, ZTE will look to bring 4G connectivity to a wider audience with this phone. The Blade Qlux 4G is powered by a MediaTek MTK6732M 1.3GHz quad-core CPU, 1GB of RAM and a 2200mAh battery. The display is a 4.5" FWVGA IPS display at 854x400 pixels resolution, and the device will come preloaded with Android v4.4, upgradable to Android v5.0. The phone houses an internal memory of 8GB, with a card slot compatible with up to 32GB of expandable memory. It also has an 8 megapixel primary camera with LED flash, and a 5 megapixel front-facing camera.

The Chinese phone maker had earlier released three teaser posters of its upcoming project. Accompanying a ‘Coming Soon’ tag, ZTE claimed that the (rumoured) smartphone will provide “super-fast 4G connectivity”. “A good tornado is coming your way”, was the catchline of the promotional campaign.

Prior to this, ZTE launched the Nubia Z9 Mini, which is 4G-enabled. Previously, ZTE has launched 4G-enabled phones like the Avid, Warp and Blade Vec. With the Blade Qlux 4G, ZTE intends "to introduce the ZTE Blade Qlux 4G to every Indian who wants to be tomorrow ready", as stated in its press release. The new smartphone will be available only on Amazon.