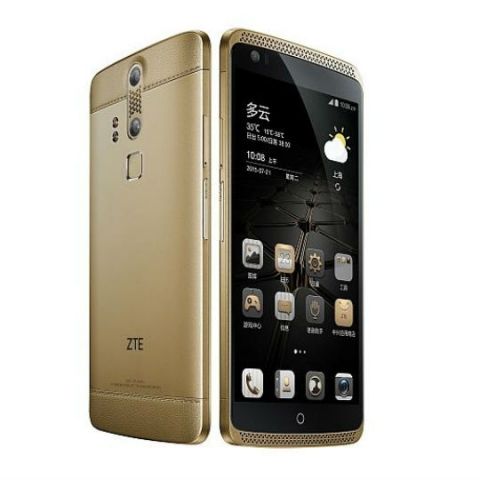 ZTE has announced global availability of its flagship smartphone, the ZTE Axon Elite, at IFA yesterday. The Chinese smartphone maker launched the device back in July, in the US. The smartphone is already available in China and US, and will go on sale in European markets through eBay by the end of this month. It will be made available in Latin America and Asia-Pacific regions in the coming months.

The ZTE Axon Elite will be initially sold in France, Germany, Italy, Spain and the United Kingdom from September 24. It will debut the device in brick-and-mortar stores in Germany later this month in partnership with MediaMarkt retail chain. It will then be rolled out in Turkey, Mexico, Singapore, Malaysia, Thailand, Hong Kong, Russia and the Philippines.

The Axon lineup of smartphones are flagship devices with which ZTE means to compete with the likes of Samsung Galaxy S6 and HTC One M9+. The Axon Elite is almost identical to the Axon Pro, that is available in the US. The Axon Elite comes equipped biometric authentication features such as fingerprint, voice and eye scanning that were not present in the Axon Pro. However, the new phone features a 5.5-inch screen at a lower 1080p resolution than the QHD (1440x2560 pixels) display of the Axon Pro. It is powered by a Snapdragon 810 SoC. It has 3GB RAM on board, with 32GB internal storage that is expandable up to 128GB. The device has a twin-camera setup at the back, that allows for re-focusing an image after it has been shot. The phone is capable of recording videos at 4K resolution. It also features an 8-megapixel front facing camera. It runs the custom MiFavor 3.2 based on Android v5.0.2 (Lollipop). It supports 4G LTE connectivity, and comes with all other standard connectivity features.

Sony has been dominating the headlines with the Xperia Z5 Premium and its 4K display at the IFA 2015. Samsung and Motorola are not lagging very far behind with the launch of the Samsung Gear S2 and the new Moto 360 respectively, with Alcatel also joining the party.