Yu is set to unveil a 'high-end' device, reportedly named YU5050, as well as an affordable one, YU4711 on Tuesday 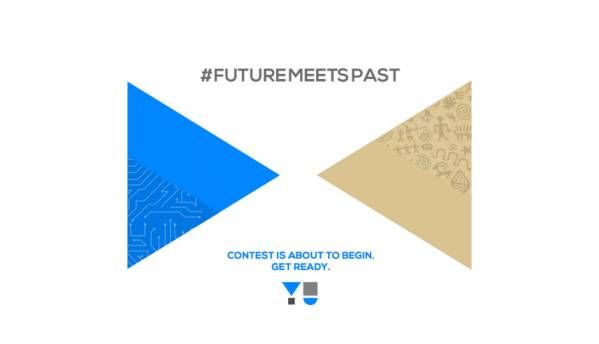 New details have emerged since it was reported that Yu will be hosting an event on 8th September. The company is reportedly planning to add two new smartphones to its existing lineup, the YU5050 and YU4711. While the YU4711 is expected to be a budget handset, the YU5050 will offer top-of-the-line hardware at an affordable price.

Last week, Yu sent out media invites for an event on September 8 that hinted at the launch of a new handset. Recent leaks suggest that the company might actually release two different devices. Product listing on Zauba suggests that the YU5050 will be priced somewhere around Rs. 21,000. The specifications also seem to have been leaked on GeekBench browser suggesting an octa-core MSM8994 processor, the Snapdragon 810. It seems to have been underclocked to 1.55GHz to avoid thermal throttling. It will feature 4GB of RAM and a 5.2-inch 1080p display. The specifications of YU4711 also appeared on GeekBench, indicating Snapdragon 410 SoC with 1GB of RAM - more like a stripped down version of Yuphoria. It will run on Android v5.1.1 (Lollipop), along with Cyanogen OS v12.1. The YU5050 has a single-core score of 1353 and multi-core score of 4622 on GeekBench. Whereas, the YU4711 has a single-core score of 263 and a multi-core score of 743.

Latest reports have shed some more light on the YU5050. The phone apparently scores 64938 in performance mode, and 57242 in balanced mode on AnTuTu. It further suggests that the phone will sport a 21-megapixel primary camera and an 8-megapixel front facing one. While the earlier leak hinted at a 5.2-inch FHD display and 4GB of RAM, the AnTuTu results show 3GB/4GB RAM and QHD resolution. So, we might see two variants of the phone. It will be directly competing against the likes of OnePlus 2 and Asus Zenfone 2 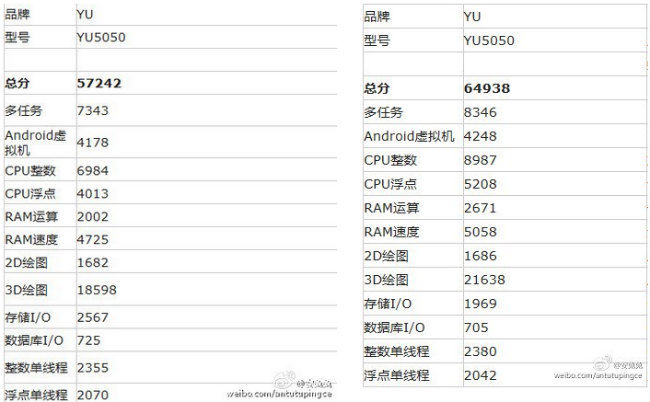 Yu has been teasing the launch on Twitter for a while now, which flaunts superior imaging capabilities of the devices. It has also announced a #FUTUREMEETSPAST contest, with details expected to be revealed soon. The new phones will possibly be made available exclusively via Snapdeal. If the rumors turn out to be true, the YU5050 will become the cheapest Snapdragon 810-powered smartphone for now.