Yu founder hints at launch of premium smartphone in near future

The smartphone is rumoured to run on Qualcomm Snapdragon 810 SoC with 4GB of RAM, and the price is tipped to be around Rs. 21,000. 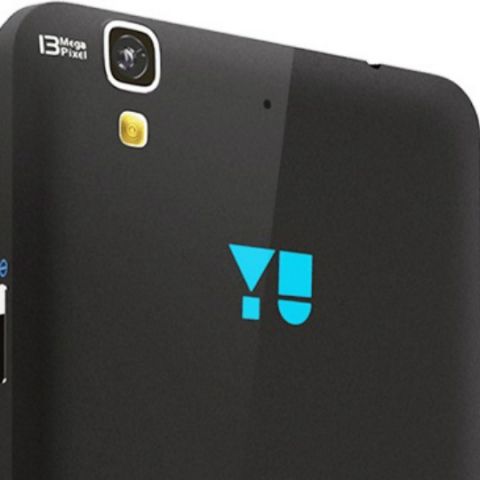 After the minion monster #YUNIQUE can't wait to present the #Real Beast. Let the countdown begin

Yu’s upcoming device could be the rumoured YU5050, tipped to offer great specs at an affordable price. As per rumours reported earlier this month, it may run on an octa-core Qualcomm Snapdragon 810 processor clocked at 1.55GHz, along with including a 5.2-inch Full HD display, and 4GB of RAM. The pricing of the smartphone is expected to be around Rs. 21,000. If the speculations turn out true, this will be the cheapest device so far, to run on Qualcomm's present flagship, the Snapdragon 810. Additionally, AnTuTu benchmark screenshots of the smartphone were also leaked, showing scores of 64938 in performance mode, and 57242 in balanced mode. It is further reported to come with a 21MP rear camera and an 8MP front camera.

The smartphone was initially expected to launch along with the Yu Yunique - an affordable, 4G-enabled device. The Yunique is priced at Rs. 4,999, and is first device from the company to run on stock Android OS, instead of Cyanogen OS. The device sports a 4.7-inch HD display with Corning Gorilla Glass 3 protection. It has a 1.2GHz Qualcomm Snapdragon 410 chipset with 1GB of RAM. It also has 8MP rear and 2MP front camera. The affordable smartphone offers 8GB of internal storage (expandable up to 32GB), and a 2000mAh battery. The company is aiming to sell 5 lakh units of the phone by Diwali. Additionally, Yu has recently ventured into categories other than smartphones. Last week, Yu launched two JYuice power banks, with 5,000mAh and 10,000mAh capacity. They are priced at Rs. 699 and Rs. 1,099 respectively.