Xperia Z3 and Z3 Compact to be announced at IFA? 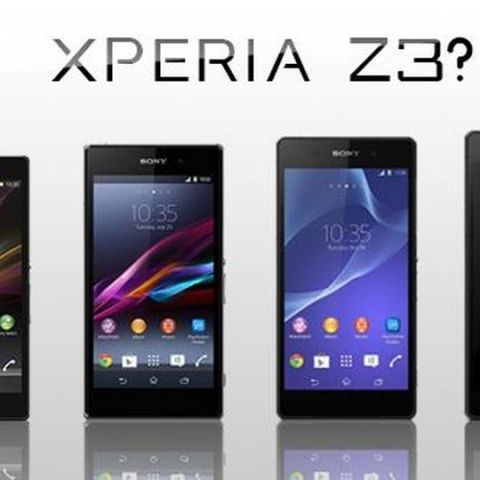 According to reports, Sony’s 2014 IFA press conference will be held on 3rd September. Sony's latest Xperia Z3 and Z3 Compact may be announced at the conference, along with the smartwatch 3 and a new lens-style cameras.

According to previous reports, the Xperia Z3 will be just 7 mm thin, with similar specification to the Z2. The Sony Z3 will feature a 5.15-inch display with 1080 x 1920 pixels resolution. It will feature a 20.7 MP rear camera and a quad-core 2.5 GHz Snapdragon 801 processor coupled with 3 GB of RAM.

The smaller Sony Xperia Z3 Compact will feature a 4.5-inch display with 720 x 1280 pixels resolution. Other features are similar to the Xperia Z3 like Snapdragon 801 processor, 20.7 MP camera, but the smartphone will have only 2 GB of RAM.

The IFA 2014 event will be held from September 5 and September 10, in Berlin, Germany. Sony has yet to confirm its presence at IFA this year, so we ask you to take the news with a pinch of salt.

Apart from the Sony Xperia Z3 and Xperia Z3 Compact, Samsung is planning to launch Galaxy Note 4 and the Galaxy Gear Glass at the IFA event in Berlin. According to rumors, the Samsung Galaxy Note 4 will features a 2K resolution with a water and dust resistant body. It will support a 20MP rear camera with optical image stabilization (OIS) and is expected to run on the latest Android version.

LG G3 Prime is also expected to make a global debut at the IFA 2014 trade show in September. The latest LG G3 Prime will sport a powerful quad-core Qualcomm Snapdragon 805 2.7 GHz processor coupled with 3GB of RAM. It will have a 5.5-inch QHD display with 2560 x 1440 pixels resolution, a 13 MP rear camera and a 2.1 MP front camera.