Xolo has added the Plat Tab 7.0 to its product portfolio. The device runs on the Tegra 3 chipset and has a 7-inch display 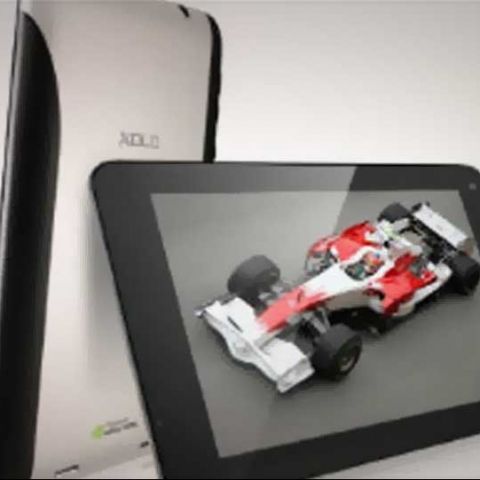 Xolo has launched a new tablet in the Indian market. Called the Xolo Play Tab 7.0, the device is priced at Rs. 12,999. The tablet runs on the NVIDIA Tegra 3 chipset with a quad-core 1.2GHz CPU and 5th battery-saver core along with 1GB of RAM. It also has the 12-core NVIDIA ULP GeForce GPU. The tablet comes preloaded with the NVIDIA TegraZone for Gaming.

The 7-inch IPS LCD display has a 1280x800 pixel resolution. The tablet also boasts of Full HD 1080p video playback support. The Xolo Play Tab has 8GB built-in storage expandable up to 32GB via a microSD card. A 4000mAh battery powers the entire package. The tablet measures 10.6mm in thickness and weighs 338 grams. It compromises on a rear camera and has a 2MP front facing camera.

We have seen the Xolo Play T1000 launch in the recent past. The smartphone runs on the Tegra 3 chipset and has a 4.7-inch display. We were really impressed with the performance of the smartphone. Xolo also launched the Xolo Tab back in September. The tablet showcased an 8-inch display, a quad-core CPU and the ability to house a SIM card to make calls.

In September, Xolo also showcased a tablet, which was its iteration of the NVIDIA Tegra Note. The device runs on the latest Tegra 4 chipset. The device is expected to launch in October and there is no information available about it’s pricing.