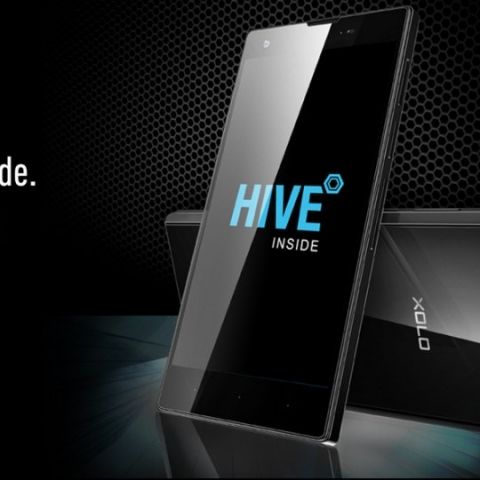 Xolo has officially introduced its Hive UI that will be running on its new Xolo 8X-1000 smartphone. Priced at Rs. 13,999, the new Xolo smartphone is based on Android v4.4 KitKat and powered by 1.4GHz true octa-core processor along with 2GB of RAM.

The smartphone has 16GB internal memory, expandable up to 32GB. For connectivity, the smartphone 3G, Bluetooth 4.0, Wi-Fi 802.11 b/g/n, USB 2.0 and WiFi Direct support. It is powered by a 1920 mAh battery, rated to deliver 7.6 hours of talktime on 3G. Check out the full specifications of the smartphone here.

The main highlight of the smartphone is the Hive UI, which Xolo claims to have taken to a year to build. The UI comes with an array of features that includes unique themes, Fusion X which combines the music player, video tracks and radio into one centralised core, Hive Launcher, Chameleon Widget that gives access to info on weather and calendar, apart from notifications regarding missed calls, SMS and email, and a social networking Connect platform. Read more about the Hive UI here.

Vishal Sehgal, Co-founder & Director, LAVA International, said "We are excited to announce HIVE to our XOLO customers. Built on an Android core, HIVE is a “Made in India, Made for India” platform designed by our Software Design Centre at Bangalore. With user empowerment at its core, HIVE enables users to contribute creatively to the platform, taking smartphone personalization to The Next Level”.

While Xolo is working on its own UI, Xiaomi also launched its Mi 3 with MIUI. Like the Hive UI, Xiaomi's MIUI also attempts to give a new look at Android. Also read: First impressions of Xiaomi MIUI via the Xiaomi Mi3