Xiaomi's next flagship smartphone could feature OLED display from Samsung

Xiaomi has signed a pact with Samsung Display for the supply of OLED panels starting December. The OLED display panels could be first seen on the company's next flagship Mi 7 smartphone. 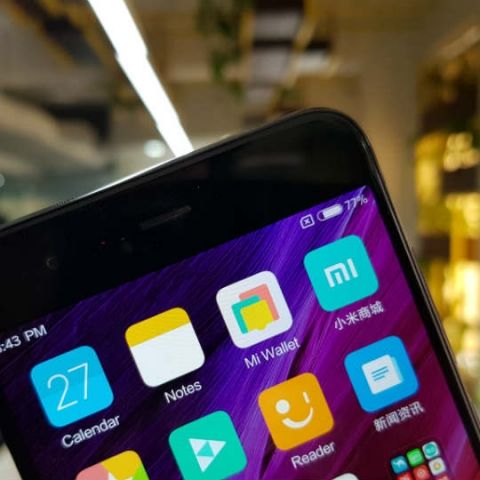 Xiaomi is the newest smartphone maker to sign a pact with Samsung's display division for the supply of AMOLED display panels. According to the deal, Samsung will supply a 6.01-inch OLED panel to Xiaomi with the first shipment starting from December. According to the Korean publication The Investor, Samsung will supply 1 million units in the first month followed by another 2.2 million units in the following month.

Samsung Display is the largest manufacturer of OLED display panels used for smart devices. The South Korean electronics giant has also signed a similar deal with Apple to supply OLED displays for next generation iPhone. Nikkei reported a few months back that the Cupertino-based iPhone maker has ordered 70 million OLED display panels.

The report also notes that Xiaomi had originally planned to use a 5.49-inch flexible OLED panel from LG Display, but the deal fell apart due to delay in operations of LG's new plant. It adds that LG Display's new plant called E5 won't be operational until August and delay is likely due to panel upgradation at the assembly line. Google has also reportedly invested over $800 million in order to procure OLED display panels from LG for its next Pixel range.

With the first OLED panels from Samsung not shipping until December, they could well be used on the company’s next flagship smartphone, Mi 7 or the Mi Note 3. There is not much information on Xiaomi’s next flagship especially considering the fact that its current flagship Mi 6 is not available outside its home market. By switching to Samsung's OLED display panel, Xiaomi will attract a lot of new users who are looking for a better display at a lower price point.