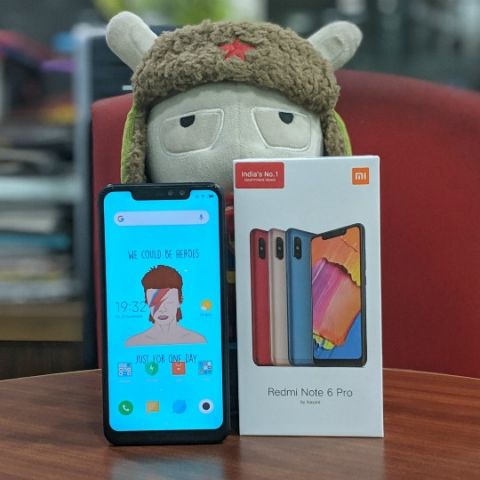 The first mention of a Xiaomi Redmi Note 6 Pro with Snapdragon 660 SoC was in August earlier this year when an image was shared on Chinese social media platform Weibo.

UPDATE: Flipkart reached out to us saying this was a mistake by their design team who mixed up the specs of the phone. A company insider told Digit there is no such product in their pipeline. However, we have reached out to a Flipkart spokesperson for an official response.

Earlier this year in August, a mention of a Xiaomi Redmi Note 6 Pro variant powered by Snapdragon 660 SoC was seen on Chinese social media platform Weibo. The post said that this particular device would make its way to India. However, the phone was launched with a Snapdragon 636 processor. Now, this variant has been seen again, this time on Flipkart after the platform accidentally listed it under a sale.

The image from the carousel has now been removed and the variant with a Snapdragon 636 chipset has been listed under the sale. But before the e-commerce platform could pull that down, tipster Ishan Agarwal took a screen grab and posted it on Twitter. The variant with the Snapdragon 660 SoC is also seen sporting a 5,000mAh battery instead of a the 4,000mAh battery that ships with the already available variant. 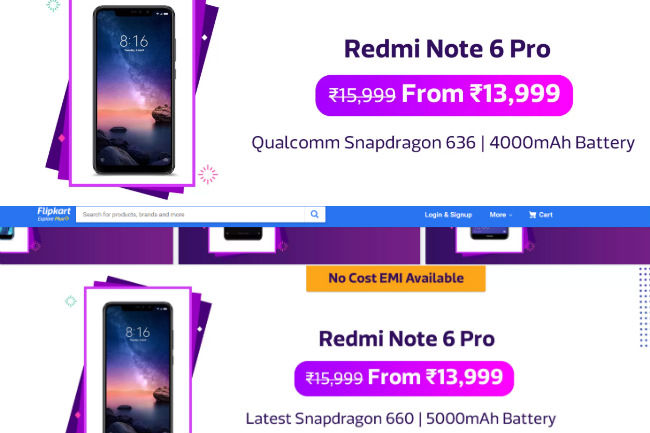 The Redmi Note 6 Pro features a 6.26-inch full-HD+ IPS LCD display, which delivers a 19:9 display aspect ratio and 1080x2280 pixel resolution. There is a notch that houses cameras, the proximity/ambient light sensor, speaker and the notification light. As mentioned above, the phone is powered by the octa-core Qualcomm Snapdragon 636 SoC and ships with 4GB and 6GB RAM and 64GB of internal storage.

In terms of optics, the Redmi Note 6 Pro features dual 12MP + 5MP sensors on the back. The 12MP sensor has a pixel pitch of 1.4um and it’s paired with an f/1.9 aperture lens. The main camera supports dual auto-focus as well. There is a secondary 5MP depth capturing sensor. On the front, the notch houses a 20MP main sensor that supports 4-in-1 pixel binning and there’s also a secondary 2MP depth sensor.