Xiaomi Redmi Note 5A is believed to be the lower tier smartphone in the upcoming Redmi Note 5 series. The handsets are rumoured to launch at the end of this month or early next month. 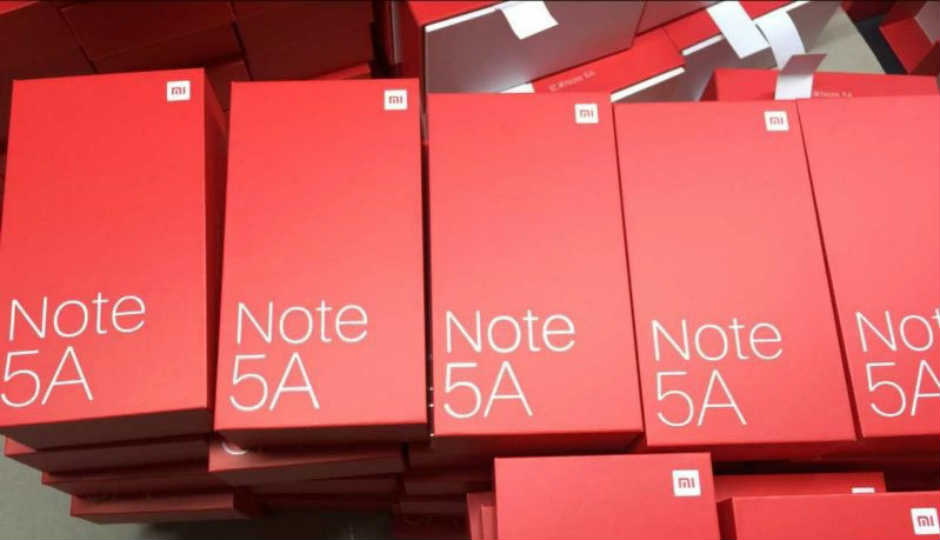 The retail box of the smartphone confirming the name and Xiaomi logo has been detailed by ITHome. The handset's specifications suggest a 5.5-inch full HD display and Qualcomm Snapdragon 625 chipset coupled with 4GB RAM and 64GB storage. The handset reportedly sports a dual rear camera setup with two Omnivision sensors at the back and a Samsung sensor at the front.

The listing suggests that the Redmi Note 5A uses a 12MP Omnivision OV12A10 sensor coupled with a 13MP OV13880 sensor for its rear camera setup. The front camera is said to be using 5MP Samsung S5K5E8 sensor. On the other hand, the Redmi Note 5 is said to sport a 5.5-inch full HD display and support Qualcomm's X12 LTE chipset. The handset is likely to be powered by Qualcomm's Snapdragon 630 platform and will be available in three storage options: 3GB RAM variant with 32GB storage, and 4GB RAM variant with an option of either 32GB or 64GB storage.

After struggling to maintain its position in Chinese smartphone maker, Xiaomi recently recovered with a shipment of 23.16 million smartphones in the second quarter of 2017. The company CEO Lei Jun claims that the new restructuring is working well and it will continue to add more Mi Home retail channels to expand its reach in the offline segment. Jun also detailed Xiaomi's target to hit 100 million smartphone shipments next year. The company is rumoured to add another flagship in the form of Mi 6 Plus apart from introducing Redmi Note 5, Redmi 5 smartphones later this year.