Xiaomi Redmi Note 5 is expected to bring bezel-less design to the budget smartphone segment. It is tipped to sport a 6-inch display with 18:9 aspect ratio and hit retail stores at a price of around Rs 10,000. 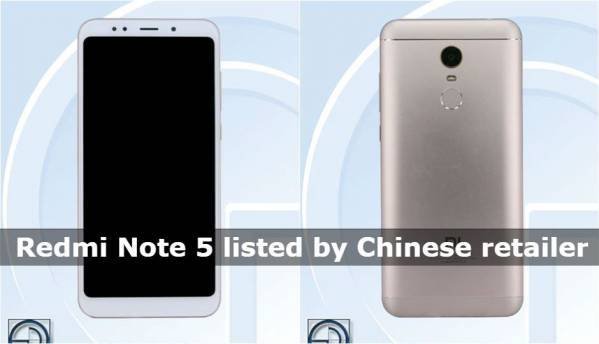 Xiaomi Redmi Note 5, the successor to company's Redmi Note 4 is expected to launch next month or early next year. The smartphone was spotted on TENAA last month and has now been listed by Chinese online retailer JD.com suggesting that the launch is imminent.

The listing was spotted by GizmoChina and does not reveal any concrete information about the device, However, it has a listed price of CNY 8,888, (approx Rs 88,000) which is most proably a placeholder and does not reflect the official price of the device. The leaks suggest Redmi Note 5 will incorporate a bezel-less design with 18:9 display aspect ratio. 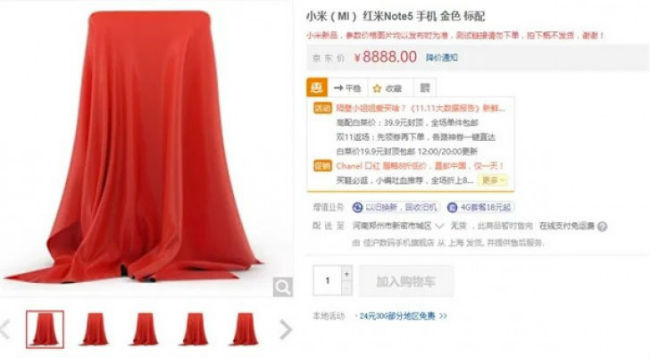 The Redmi Note 5's TENAA listing suggests that it may feature a 5.99-inch Full HD+ display with a resolution of 2160 x 1080 pixels. The listing indicates it may sport an octa-core chipset clocked at 2GHz, and a previous leak suggsted that this might be Qualcomm's Snapdragon 630 chipset. The listing also suggests that Xiaomi will stick with single rear camera setup with a 12MP camera with dual-LED flash and a 5MP selfie camera. The smartphone is expected to be a dual-SIM device with LTE support and hybrid SIM slot. It will most likely retain the rear-mounted fingerprint sensor and include connectivity options like dual-band WiFi 802.11ac, Bluetooth 4.2, GPS with GLONASS and IR blaster. It will run MIUI 9 based on Android Nougat and will be backed by a 4000mAh battery.