Xiaomi says this is the biggest ever smartphone sale in India 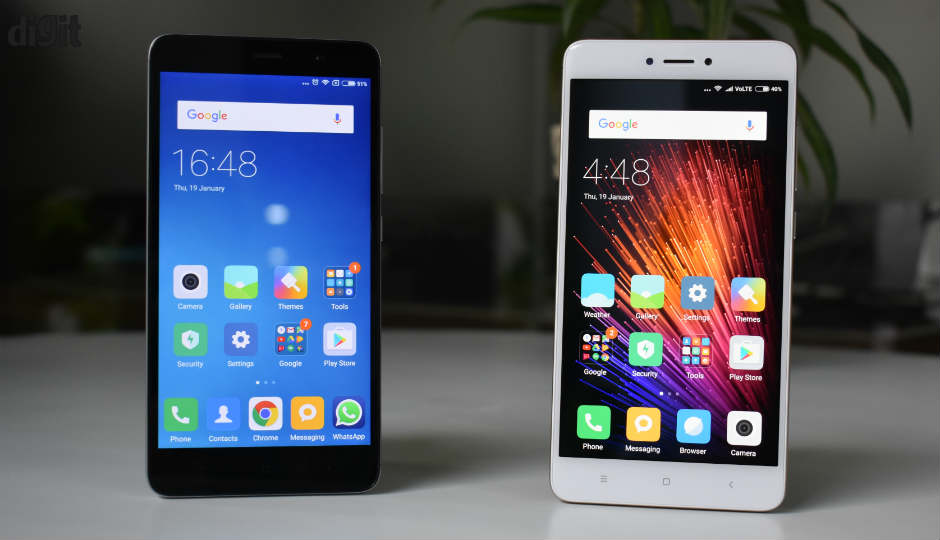 Xiaomi has confirmed that it sold over 2,50,000 units of Redmi Note 4 smartphone during the first sale on Mi.com and Flipkart. The company tweeted that it sold these many devices in 10 minutes thus making it the biggest smartphone sale ever in India. Xiaomi Redmi Note 4 was announced in India on January 19 and the product was made available in its first sale yesterday. 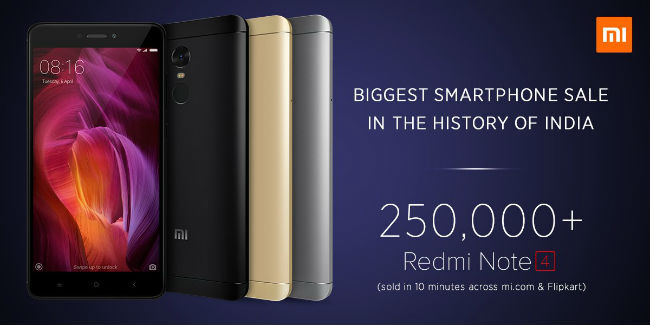 "Redmi Note 4 is a step above Redmi Note 3 in every sense. It comes with its enhanced innovations in Design, Camera and battery performance making it one of the most power efficient devices in the market. It gives us every reason to be extremely bullish about it in the Indian market and we are extremely humbled by the love of Mi Fans it has received in the first sale itself. This also gives us faith to keep working hard to make higher quantity of products available to all our fans with the support of our exclusive partner Flipkart," said Raghu Reddy, Head – Online Sales, Xiaomi.

"Over the last few years, we have seen an increasing demand for affordable, premium-grade smartphones drawing interest among consumers. The phenomenal response we have seen with the Redmi Note 4, once again indicates the trust and value that our customers place on Flipkart, when it comes to shopping for their favourite mobile phones," said Ajay Yadav, Head - Mobiles, Flipkart.

The smartphone comes with rear mounted fingerprint sensor and is backed by a 4100mAh battery with support for fast charging. It will initially be available in gray and gold colours, but the company also plans to introduce a black variant at a later stage.