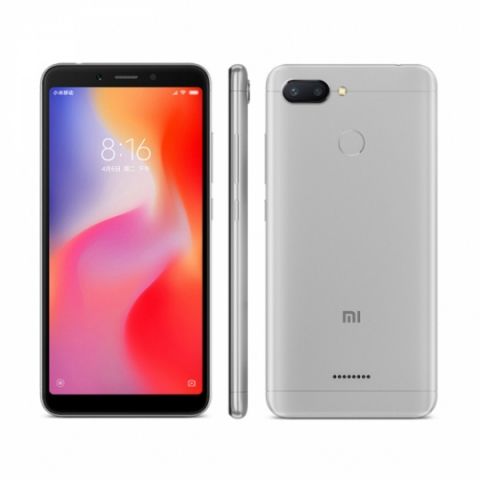 Xiaomi has launched its latest Redmi 6 series of smartphones in China today, along with the Redmi 6A. The Redmi 6 and 6A are successors to the Redmi 5 and 5A. The Redmi 6 comes in a 3GB RAM/32GB storage variant and a 4GB RAM/64GB storage version, priced at RMB 799 (Rs 8,410 approx) and RMB 999 (Rs 10,517 approx) respectively. The Redmi 6A launched in a single 2GB RAM variant with 16GB internal storage, priced at RMB 599 (Rs 6,306 approx). Both smartphones will be available in China from the company’s online and offline stores starting June 15.

The Redmi 6 and Redmi 6A keep up with the thin-bezel trend and feature a taller 18:9 aspect ratio display, without a notch on top. The Redmi 6 Plus which was speculated to feature a ‘notched’ display was not announced at the event. Both the Redmi 6 and 6A are equipped with a polycarbonate rear panel with a brushed metal surface. The Redmi 6 features a 5.45-inch HD+ display with an 80.5% screen-to-body ratio. It is powered by the MediaTek Helio P22 octa-core SoC, which is built on a 12nm process and features big.LITTLE architecture. The device also makes use of AI for face unlock and comes with the company’s XiaoAI voice assistant.

In terms of optics, the smartphone features a 12MP + 5MP dual-rear camera setup that supports Phase-Detection Autofocus. The main camera features 1.25µm large pixel sensor to capture more light for improving photo quality and reducing noise in low-light conditions. On the front is a 5MP sensor that supports Xiaomi’s AI Portrait mode, which is said to render images with a “realistic bokeh effect”, even though there is only a single lens.

The Redmi 6A shares the same design and screen size as the Redmi 6, however, it runs on the MediaTek Helio A22 SoC, which is also built on the 12nm process. It comes with a 13MP single rear camera with f/2.2 Aperture and PDAF support. It sports a 5MP sensor on the front with an f/2.2 aperture lens, which is includes supports for Face Unlock. The Redmi 6A is backed by a 3000mAh battery, which the company claims can deliver standby of up to 19 days.