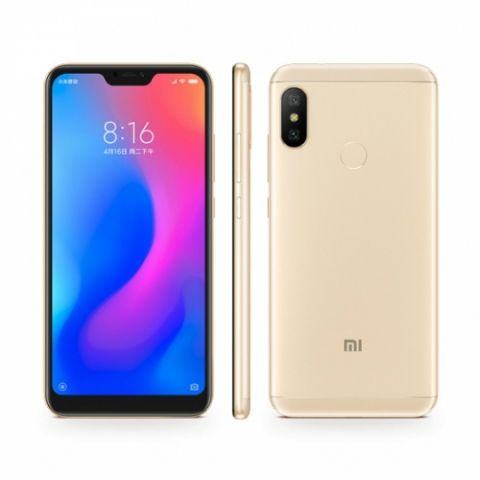 The Redmi 6 Pro features a similar design as compared to the Redmi Note 5 Pro, except for a notch on top of the screen and a 19:9 display aspect ratio.

Xiaomi previously launched its Redmi 6 and Redmi 6A smartphones and now, the company has revealed the Redmi 6 Pro variant as well. The new device was announced at an event in China and as rumoured, it features a notch on top of its display, making it the first Redmi smartphone to do so. The Redmi 6 Pro is similar to the Redmi Note 5 Pro when it comes to looks and design. The rear panel is near identical with a vertically stacked dual rear camera setup, a fingerprint reader and the Mi logo on the lower back.

The Redmi 6 Pro is equipped with a dual rear camera setup, where one is a 12MP primary sensor with a f/2.2 aperture and 1.25-micron pixels. It also supports PDAF and comes with an LED flash. On the front is a 5MP secondary sensor that can capture images in an ‘AI’ Portrait mode and HDR. The handset supports face unlock and retains a 3.5mm headphone jack. It comes in Black, Blue, Gold, Pink, and Red colour variants.