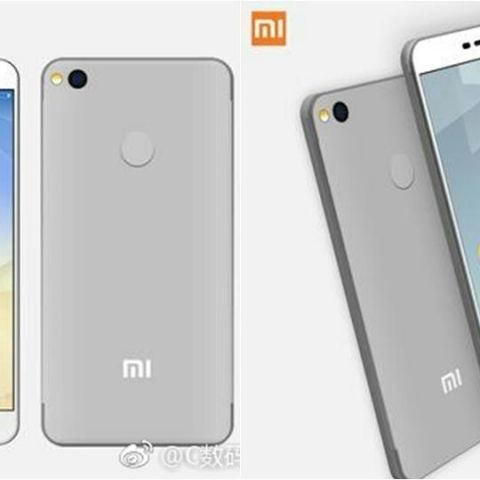 Xiaomi is expected to launch the Redmi Note 5, successor to the company's best-selling Redmi Note 4, at the end of this month or early next month. The handset is tipped to launch with Snapdragon 630 chipset and three different storage options. There are also rumours that the cheaper version of the Redmi Note 5 could be introduced as the Redmi Note 5A. However, it now seems that Xiaomi is also prepared to announce its Redmi 4 successor.

The purported Redmi 5 has made its way to Weibo, China's micro-blogging platform revealing full specifications and pricing. The images reveal that the Redmi 5 will feature a design similar to Redmi 4 but sport rounded antenna lines. The leaked images also show there will be three variants with different chipsets and RAM option. The Redmi 5 will sport a 5-inch full HD IPS LCD display and run MIUI 9 based on Android 7.1.1 Nougat. The handset is expected to offer a 16MP rear camera and a 5MP front camera. The battery capacity is said to be 3680mAh, smaller than the 4100mAh battery found on Redmi 4. The pricing seems to indicate a slight premium over existing models. 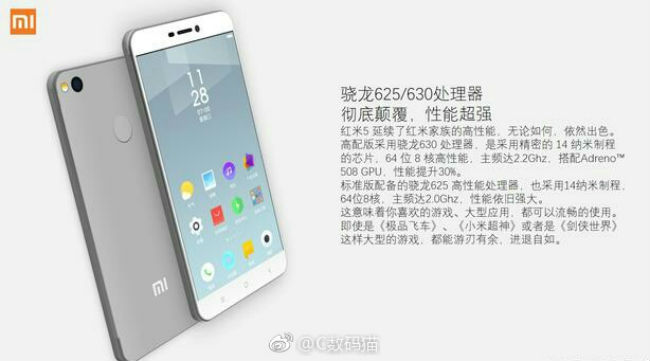 The leaked image suggests there will be two variants primarily differentiated by the processor model. It suggests there will be a 3GB RAM variant with Snapdragon 625 clocked at 2GHz and option for either 16 or 32GB storage. There is also a Snapdragon 630 powered variant with an option for 3GB RAM, 32GB storage and a 4GB RAM variant with either 32GB or 64GB storage. All the models detailed in the leaked image support expandable storage and dual-SIM connectivity.