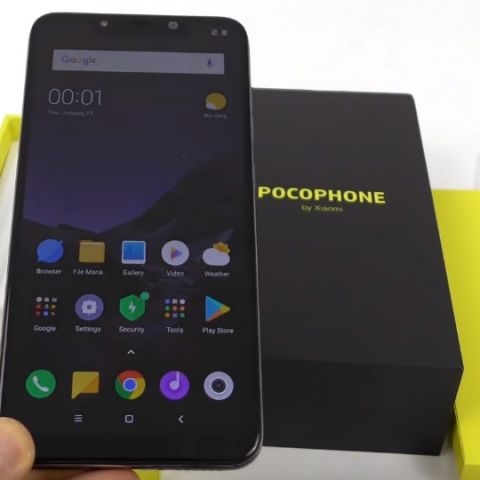 Xiaomi will soon launch its Pocophone F1 smartphone under its new sub-brand Poco on August 22 in India. As the launch draws near, the company itself is steadily revealing the upcoming device’s specifications and features. Via its Twitter account, Poco has hinted at the presence of ‘night vision’ on the Poco F1 and also confirmed the presence of a notch in the process. The company has posted an image of the top portion of the device's display and on closer observation, one will notice a pair of cameras and sensors housed in the notch. This hints at the presence of 3D face unlock support on the device and night vision could simply mean that the feature might be capable of unlocking the phone in low-light conditions as well. One Twitter user replied with a tweaked image of the original post, giving a better look at the notch and you can see both, the original and the tweaked image below. 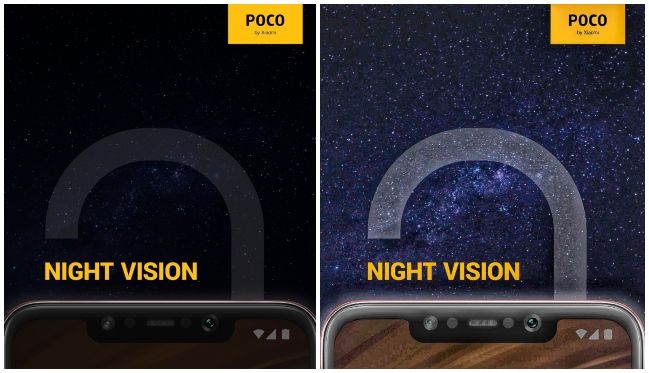 Earlier, a new webpage on Flipkart hinted that the Poco F1 could be exclusive to the online retailer and shortly after, Poco’s twitter post confirmed the same. The Pocophone F1 is confirmed to launch running on the Qualcomm Snapdragon 845 SoC and come with “LiquidCool Technology” to keep the temperature low during gaming sessions. The smartphone is being teased as the “#MasterOfSpeed” but the company has also commenced posting some camera samples taken with the Poco F1, which are aimed at demoing the capabilities of the “Flagship AI Dual Cameras” on the phone. A couple of images can be seen below and judging by the images, the handset seems to be capable of capturing decent images in both daytime and in low-light conditions. Colours seem oversaturated and this is most likely the AI-based camera algorithms at work. We will surely test the device’s camera ourselves when it comes in for review to see how it performs. 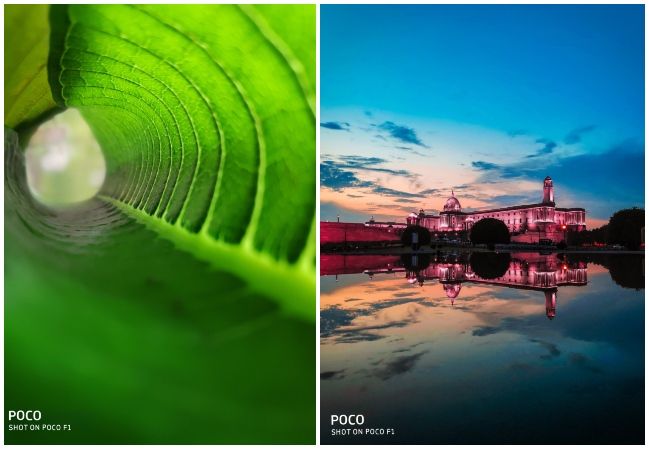 The Poco F1 was recently spotted on Geekbench and in a hands-on video, which revealed almost all of its specs. The benchmark listing hints at the presence of 6GB RAM on the device and it could launch running on Android 8.1 Oreo. However, the leaked video showed it running on the older MIUI 9 but it could be updated to MIUI 10 before launch. The Pocophone F1 scored 2467 and 9081 in Geekbench’s single-core and multi-core tests respectively. This is slightly higher than the Asus Zenfone 5Z, which is currently the cheapest smartphone powered by the Snapdragon 845. The 5Z scored 2439 and 9002 in single and multi-core scores respectively, while the OnePlus 6 scores 2372 and 8502 in the same tests.

The headphone jack has also been confirmed on the Pocophone F1 and an earlier report, which suggested a ‘notched’ display and dual camera setup are also now confirmed. However, it is rumoured to feature 64GB of internal storage and maybe come with 128GB internal storage. The smartphone could feature a fingerprint sensor on the rear and pack a 4000mAh battery with a USB Type-C port.