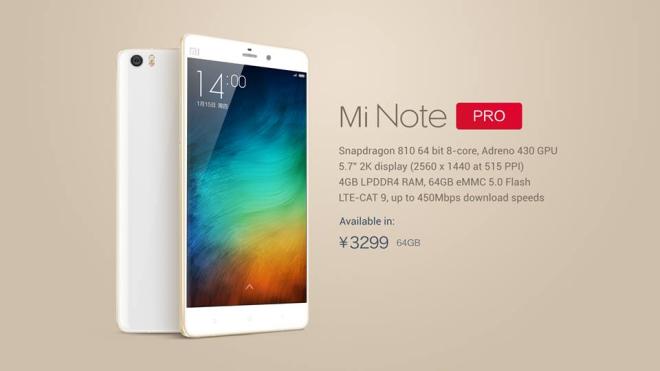 The smartphone comes with a 13MP rear camera with Sony IMX214 sensor, optical image stabilization and dual-tone flash and 4MP camera. The smartphone is powered by a 3,090 mAh battery. It runs Android 5.0 Lollipop skinned with the latest MIUI launcher.

The Xiaomi Mi Note is powered by Qualcomm Snapdragon 801 with quad-core CPU clocked at 2.5GHz. The smartphone features a 5.7-inch 1080p screen made by JDI which is protected by a curved Gorilla glass 3. It has a 13MP rear camera and a 4MP front-facing camera. It supports Dual 4G SIMs and comes with a 3000mAh battery. 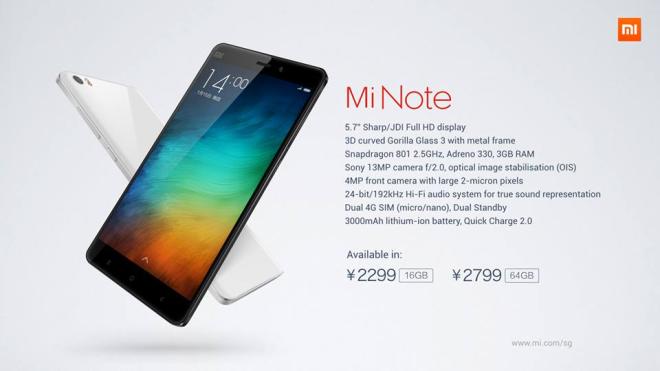 This is a developing story. Stay tuned for more details...