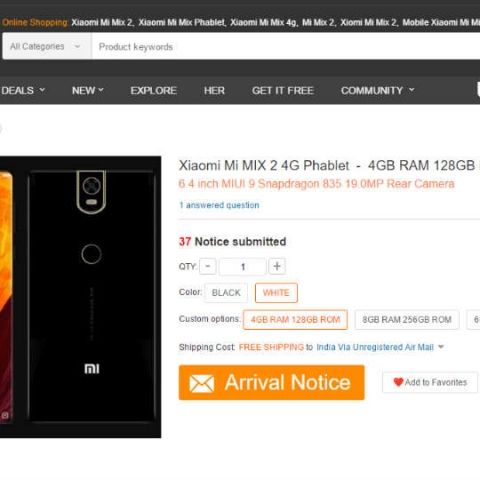 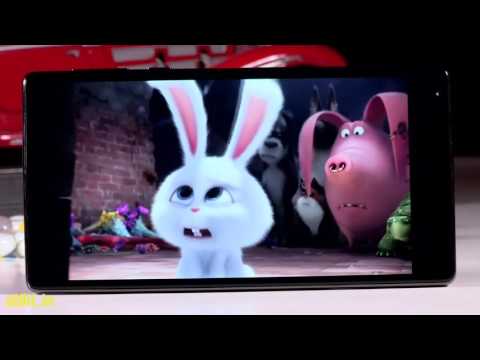 Remember the Xiaomi Mi Mix? The China exclusive flagship, which had almost no bezels? Well, a new listing on the international mobile e-commerce site Gearbest suggests that a new phone, named Mi Mix 2 is around the corner. The listing also has a “Arrival notice” button where one can register his/her email address to get notifications about the device. There is no price at the moment, and the image shown in the listing seems more like placeholder rather than the real phone as the front of the phone has no front facing camera, which is certainly something Xiaomi won't miss.

That phone is listed to have two colour options, black or white, but it doesn't say whether it would have the same slippery ceramic back as last time. Specifications on the other hand seems more likely to make it into the official device. The listing suggests that the phone will be powered by a Qualcomm Snapdragon 835 SoC, which the recently launched Xiaomi Mi 6 and Mi 6 Plus also use. There are three RAM and Storage combinations of the device listed on the website: 4GB+128GB, 6GB+128GB, and 8GB+256GB.

The listing suggests that there would be a 19MP rear camera on the phone and a 13MP front facing camera, which is not shown in the render. The device could have a large 6.4-inch display with a 2560 x 1440p resolution and the battery rating is 4500mAh according to the listing. The listing also says that the phone will be running on Android Nougat with MIUI 9 on top of it.

2017 has already seen two almost bezel-less big (tall) screen launches in the form of Samsung Galaxy S8 and the LG G6 and it is more than likely that more smartphones makers will follow suit.