Xiaomi Mi 6C is expected to launch later this year at a starting price of around Rs 20,000. The smartphone will bring company's own octa-core Surge S2 chipset. 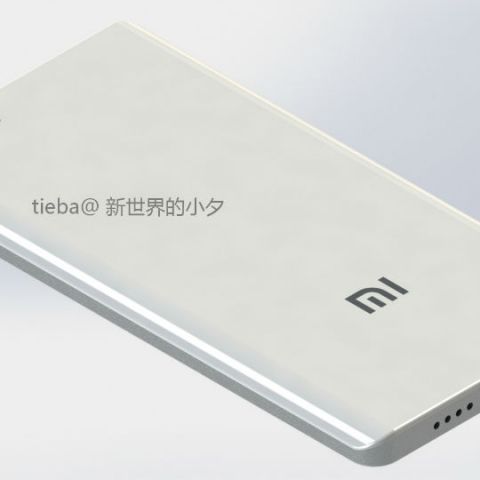 Xiaomi is yet to make its flagship Mi 6 smartphone available outside its home market but the company seems to be preparing its cheaper sibling. A new leak shows that the company might be working on the Xiaomi Mi 6C as a mid-range version of the Mi 6.

The Xiaomi Mi 6C reportedly features an aluminium unibody design with slimmer bezels and slightly thicker profile than the Mi 6. The leak states that the handset features a 2.5mm wide side bezel while the top bezel is said to be smaller than 10 mm in dimension. There is no clarity on the display size but the front is said to be covered by a 2.5D glass.

The smartphone is also said to use Xiaomi's own Surge S2 chipset with four Cortex A73 cores and four Cortex A53 cores coupled with Mali-G71MP12 GPU. Xiaomi had announced the Mi 5C early this year with Surge S1 chipset and the new Surge S2 could be an upgraded version of this chipset. The smartphone is said to arrive in 4GB RAM and 6GB RAM variants with 64GB and 128GB storage respectively.

The leaked render also suggests the there won't be a 3.5mm audio jack and it could alternatively arrive with a Surge X1 chipset. The smartphone offers a 5MP secondary camera with LED flash while the primary camera could use a Sony IMX386 sensor with optical image stabilisation. The Xiaomi Mi 6C might be announced in the second half of 2017 and go on sale sometime at the end of this year. GSMArena adds that the 4GB RAM variant will be priced at 2,000 Yuan (approximately Rs 20,000) while the 6GB RAM variant will retail for 2,500 Yuan (approximately Rs 25,000).