The Mi 5s comes with a fingerprint scanner hidden under the glass where as the Mi 5s Plus sports a dual camera setup. 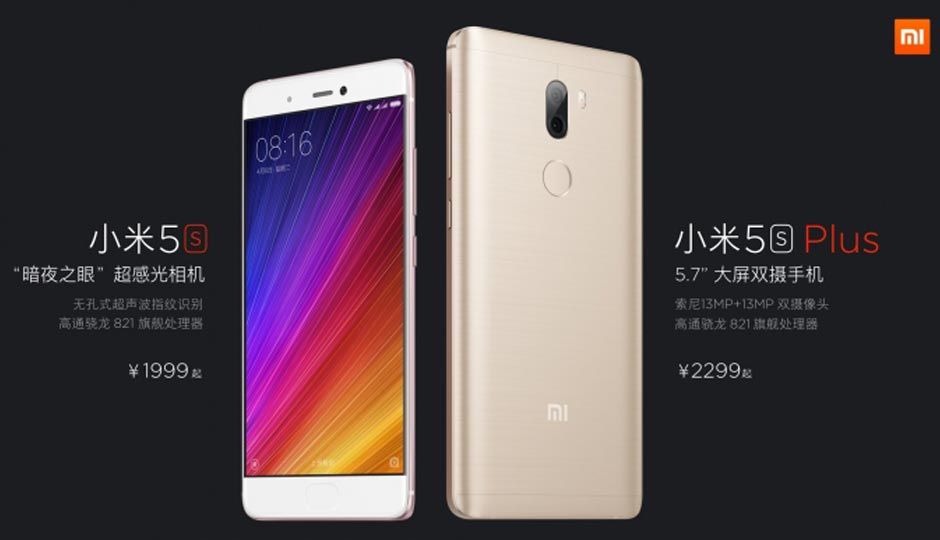 Starting with the Mi 5s, the new device flaunts a unibody aluminum design with a brushed metal finish and curved edges. You get the option of a Ceramic Body with the 4GB+128GB variant priced at RMB 2,599 offering a premium feel compared to the 3D glass body provided on the 3GB+64GB variant.

Specs: Along with the Qualcomm Snapdragon 821 chipset clocked at 2.15GHz, 3GB/4GB of RAM, and 64GB/128GB  storage options the phone support dual-band MU-MIMO 802.11ac Wi-Fi, Bluetooth 4.2,  and NFC. There’s also a 3200mAh battery powering the phone that charges via Qualcomm QuickCharge 3.0 via the USB Type C connector. 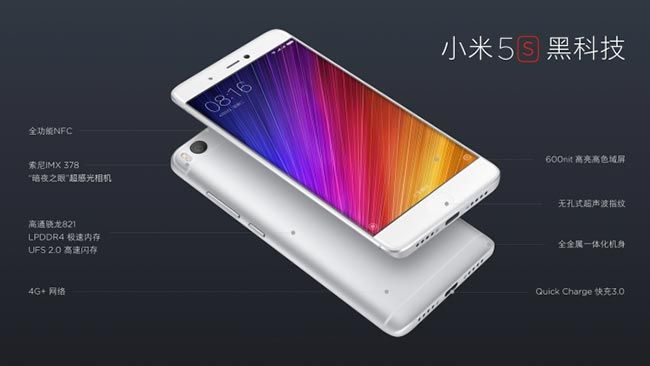 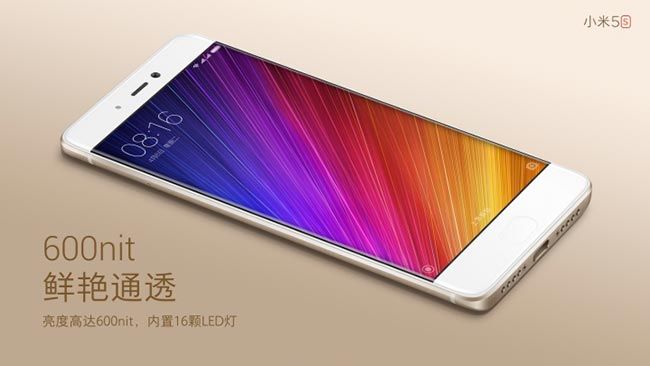 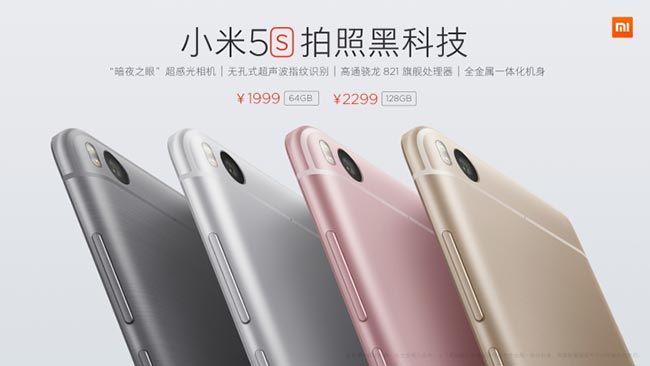 Along with these, the Xiaomi Mi 5s features the new ultrasonic fingerprint sensor on the front that uses Qualcomm Snapdragon Sense ID and is placed under the glass. The ultrasonic fingerprint sensor has the ability to capture a more accurate map of the finger and can scan through multiple materials. It also makes the sensor immune to surface contaminants such as sweat and condensation. 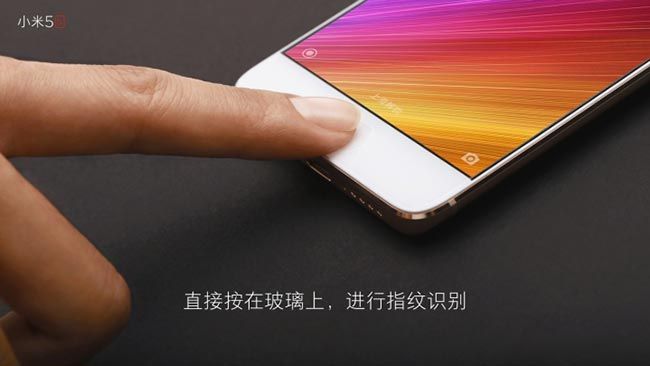 The phone will be available in gray, silver, gold and rose gold colour options. 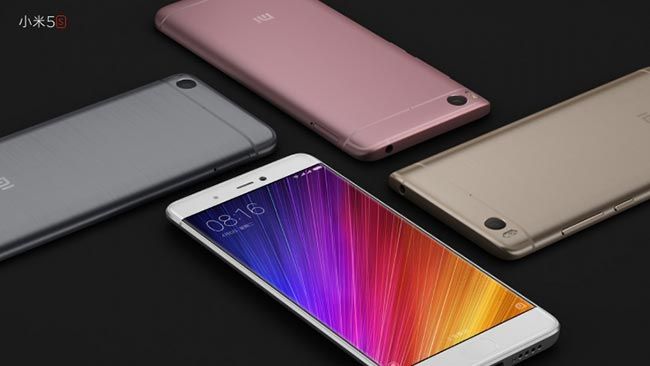 The bigger variant also sports a Metal brushed body with the fingerprint scanner placed below the rear camera assembly. 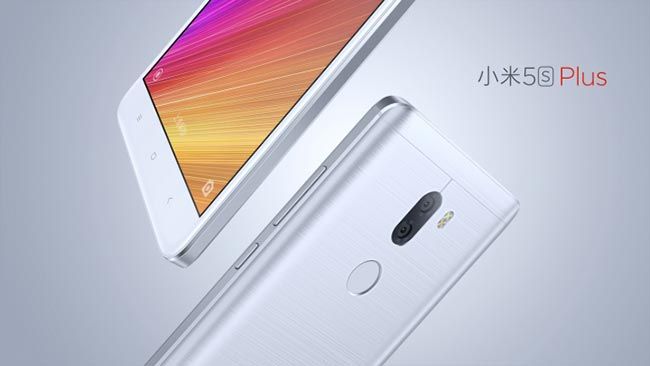 Specs: The Xiaomi 5s Plus is powered by the same Snapdragon 821 chipset but clocked at 2.35 GHz and comes with storage and memory options of 4GB/64GB and 6GB/128GB. The battery, too, is bigger in this one with 3800mAh along with Quick Charge 3.0. 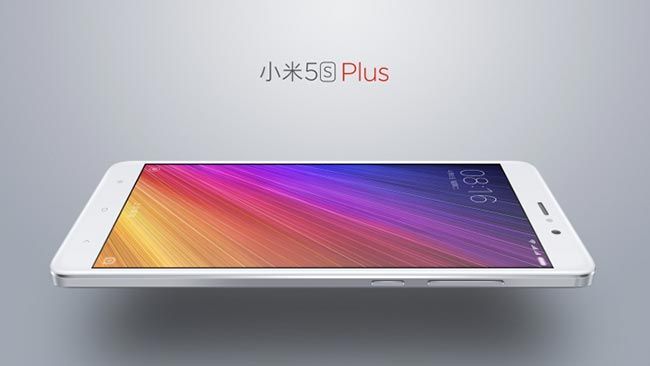 Camera: One of the highlights of the 5s Plus is its 13 megapixel dual camera assembly on the rear that works similar to those on the Huawei P9. One of them is responsible to capture colour images whereas the other one in black and white. Both the sensors are Sony’s IMX 258, combined to produce more detailed and sharper images. On the front, you have the same 4MP camera used in the Xiaomi Mi 5s 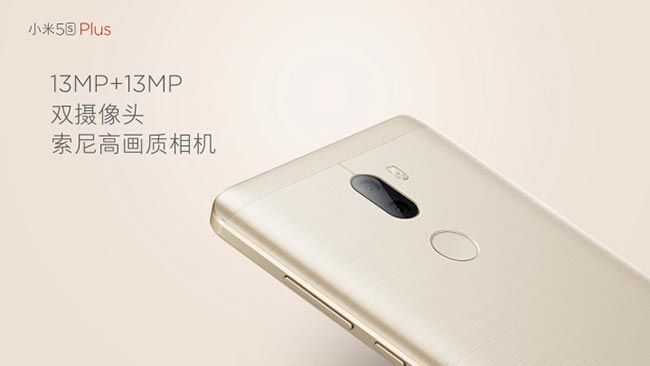 The Mi 5s Plus is available in the same four colors and Xiaomi claims to achieve an Antutu score of 164,119 with these specs. 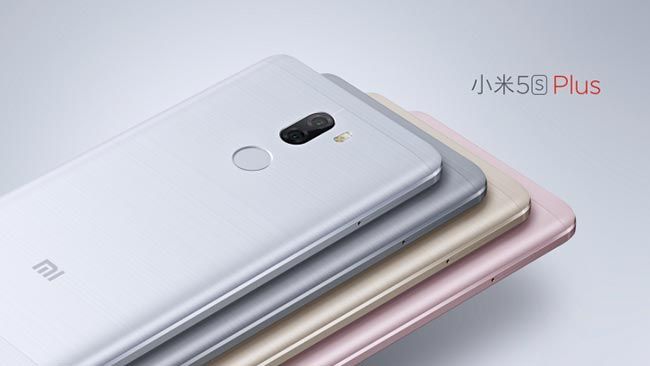 Now that Xiaomi has launched these in China and will go on sale from Thursday via flash sales on JD.com and Mi.com, the question arises when will Xiaomi launch these for the Indian market and at what price, that is, if it plans to. We already love the Xiaomi Mi 5 and cannot wait for the updated verision to come to India. Xiaomi, are you listening?