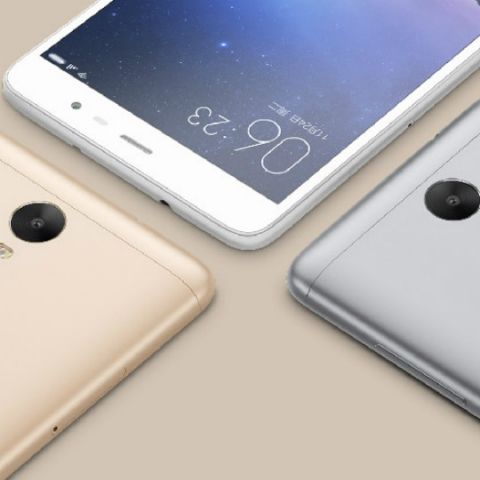 After teasing “something wonderful” from its Twitter account, Xiaomi India has announced the availability of the Redmi Note 3 in the coming days. The announcement was made via Xiaomi’s social channels, although launch dates and prices for the smartphone are yet to be stated. Xiaomi had previously launched the Redmi Note 3 in China, back in November 2015. If launched, this will be the first MediaTek-powered Xiaomi smartphone to enter India since December 2014, when the company had lost a lawsuit filed by Ericsson, preventing them from bringing any MediaTek-powered smartphone to India.

The Xiaomi Redmi Note 3 launched in China is powered by the octa-core MediaTek Helio X10 chipset, along with a 5.5-inch Full HD screen with Sunlight Display technology, and running on Android Lollipop based on MiUI 7. The Redmi Note 3 was unveiled in two variants in China — one with 2GB of RAM and 16GB of internal storage, and the other with 3GB of RAM and 32GB of storage. Chinese pricing for the two variants of the smartphone was CNY 899 and CNY 1099 respectively, or Rs. 9,200 and Rs. 11,200. Other specifications of the smartphone include a 13MP rear camera with PDAF and dual-tone LED flash, a 5MP front-facing camera, 4000mAh battery pack with Fast Charging support, an all-metal industrial design chassis with a fingerprint sensor that Xiaomi claims can unlock the device in just 0.3 seconds.

As part of launching the device in India, Xiaomi has announced a competition, where it will select 100 “explorers”, to try out the device in India. Xiaomi has stated that 100 users among its fans and others will be selected to use the device, and be given a list of 100 missions that need to be accomplished. Interested individuals can register for the exploration by January 31, 2016. Prospective “engineers” for this mission may also design missions to be accomplished, and every mission design approved by Xiaomi will see its creator win a Xiaomi Mi Band.

Early in 2015, Ericsson had filed a case against Xiaomi for infringing its Standard Essential Patent on network standards, relating to Xiaomi using Ericsson-patented technology in its handsets in India, without paying royalty to or acquiring operational license from the company. While Xiaomi had defended itself saying that it had already obtained permission from Qualcomm for the same, it lost the lawsuit partially, leading to a ban from selling MediaTek-powered devices in the country.

Recent reports that emerged last month point at a new agreement between Xiaomi and Qualcomm’s 3G and 4G patents, which many are seeing as a lift of Xiaomi’s ban from selling MediaTek products in India. While an official word is yet to be heard, such a move may see Xiaomi bring many of its smartphones that were banned from India in the interim — the Mi Note Pro and the latest Redmi Note 3, for example.

Either way, we hope to receive some clarity on whether the Redmi Note 3 will feature the same set of specifications as it does in China, when it launches in India. Xiaomi was previously selling the Redmi Note 3G in India, before running into the legal tussle.